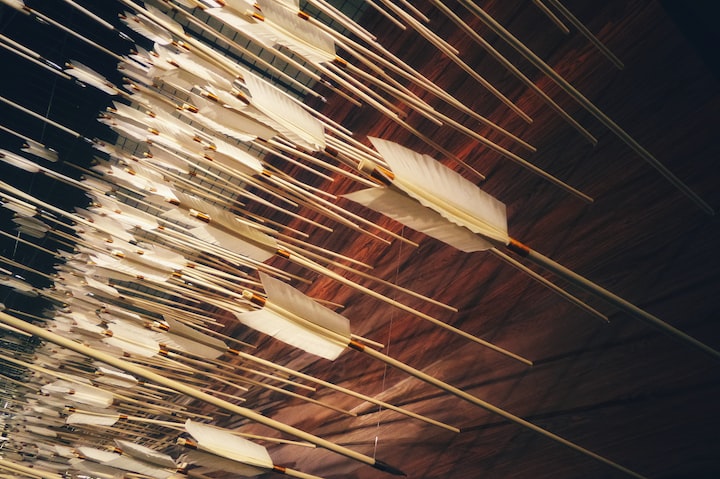 In the distance, Mary could see a form of a man emerge from the distance. As she watched the man approach, she could see that he was trudging along on snow shoes. As he neared closer, she could see Jack was coming for a visit. She smiled and called out to Markus.

"Well, well, well, my love, we have a visitor!" She turned to look at the men sitting at the table.

With a rush, the men stood from the table and rushed to peer out the window. They watched as the figure approached and behind him was a white wall of fur following behind him. The boys fixed their eyes on the the approaching pair and became excited to see the beast was pulling a tree behind him. With confusion, they stood at the window and watched the pair prepare to enter the home.

As the unusual pair advanced to the door, Markus and Mary greeted their old friend and his companion. The cold rushed in with the team in tow. Boots stomped on the floor and greeting were exchanged. The boys eyes widened as the yeti lowered it's head and stooped through the door. He stood over Markus by two heads.

"Well Tyrone, that is one impressive entrance. Its been ages since I have seen you." Markus advanced on the door to close it behind the beast.

With a a nod Tyrone smiled and said, "Yes, at least a few years. I am here with Jack to bring you news of Sarah."

"Finally, we have news. Sit down you two and rest, Let Mary and I finish setting tea, so we can listen to you too." said Verna as the two women worked on a platter of snacks.

"I saw the two of you coming through the clearing. I hope you have news about Sarah." She said as her coat slid off her shoulder.

"We do, and it is nothing little." Jack looked at Peter as he removed his smudging tools from his bag. "I will need your assistance again young man. The yeti's news is of much importance."

The company of the cabin knew the news was of importance or Jack wouldn't smudge the company and ask Peter to assist with his skill of vision. Everyone took a place at the table as Jack prepared the smudge. Smoke lofted into the air and Jack worked to clean everyone's spirit. Once the ceremony was complete, Jack offered tobacco to Peter which he took willingly. Everyone watched as the boy carried the tobacco to stand next to the yeti. Once he grabbed onto the beast, he laid the tobacco on to the smudging pan's coal and added more sage into the pan. Smoke began rise and Peter's eyes closed.

Smoke enveloped Peter and Tyrone and soon, the smoke took shape. A circle of yeti's stood around Sarah and Ralph. They heard the whole story and watched as Sarah retrieved the quiver and arrows from the golden woman's drawer. It was apparent, that confusion was creeping in on the those who were watching for the rise of the wind witch was nothing they had heard of in their history.

"Sarah, is in need of training." Jack said to the crone. "You know we are children of the stars, she needs to consult the ancient ones." He walked over the the fire and peered into the flames. "The ancients are awakening and Sarah is the direct key to their return." Jack turned to his friend, "Markus, Tyrone and I have brought you an ash tree, please prepare a bow and some arrows for Sarah's return."

The door cracked open and Dragonfly appeared through the crack. "I have been sent. I dreamt that I was needed here." The old creature removed a coat of sheep skin and laid it on a drying rack. "In my dream, the old ones woke. I saw Sarah, she held a black arrow." As he looked at the faces around him, he could see that he was correct. "So, it is true, the Wind Witch has returned."

Jack walked to his friend, "Sarah will return here in two days. Ralph and she are on their way back at this very moment. I just ask you to train her to shoot and help the Shinning Sun to help her to connect to the ancient ones." Jack turned and sat at the table and rested his hands on his feather, "I fear, for Sarah. To practice our ways, could mean that she could be imprisoned if she is discovered. Our ways, comes with a price, many medicine men have paid their price with death."

Shining star's eyes were wide with acknowledgement, "Peter's dad, my cousin, paid dearly with his death. You, boy, know very well that they will never stop hunting you for your skills." The fire sparked and a loud crackling noise shot out from the embers and she looked at Peter, "My boy, we have work to do. Grieving your dad is natural, but, one must keep those powers under control or you'll set the forest ablaze if you don't."

Dragonfly slithered over to Tyrone, "Is that ash tree for constructing a bow for Sarah?"

"Yes," said the beast. "Ash trees sacrificed a tree for their making. The old ones spoke that the bow must be of the black ash."

The creature limped over to Markus, "My friend, your skills will be needed. I will instruct you in its composition." He looked at the crone, "My lady, your teachings will be needed for the child." He took out the arrow from its quiver, "I do not know what will happen when the other two arrows come to life. What I do know, is each arrow has its own magic. Uncertain times, we have here."

The tea kettle sang, and tea and treats were served to the group. Each individual settled into their own thoughts as the sipped and snacked. With the inspection of the tree outside, Tyrone and Jack left the glade and the wizards inside began to plan for Sarah's return. Marcus and Dragonfly pulled the tree to the work shed and the boys followed behind them.