by T.D. Edwards 11 months ago in Mystery
Report Story 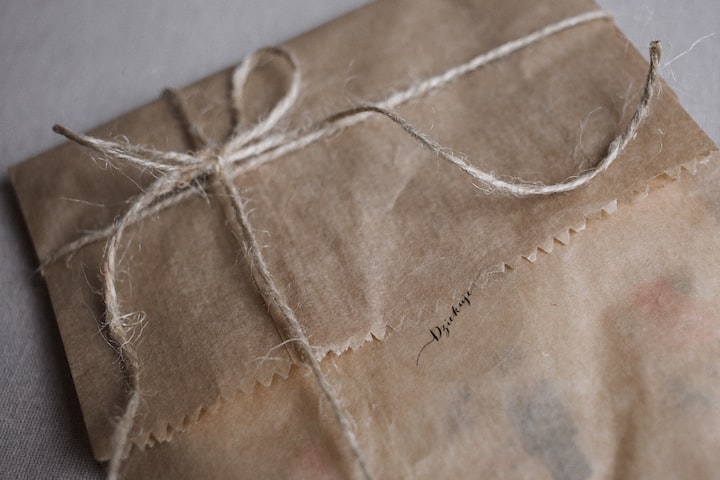 The warm light shining through the bedroom window did nothing to stifle the cold chill running through Ted's body as he woke up to the deafening crash and his name being screamed.

As had been the case for a month, the echoes of his recurring nightmare eventually faded and reality set in that his brother would never call his name again. Chad was dead.

Ted forced himself out of bed and headed straight to the kitchen to get the coffee broiling. Although caffeine made him jittery, it also made him energetic. And he needed energy these days to keep him busy. Staying busy kept him from daring to touch the alcohol...

His cell phone was beeping somewhere in the living room. He hadn’t answered his fiancée when she called to check on him. It was getting difficult to face Norma these days. Though he tried not to think about it, he too easily recalled her questions about Chad.

“Exactly what kind of work does your brother do?”

“He’s a business man.” Ted gave the same answer repeatedly with no ability to elaborate. Deep down, he knew something shady was involved; the murky circumstances of Chad’s death was proof of it. Yet, Ted couldn’t stand the smug gleam he swore lurked beneath Norma’s sympathetic expression when he looked at her.

He thought of the frown Norma always wore when Chad came to visit the daughter Ted and Norma shared. Stacy’s love for Uncle Chad nearly eclipsed her love for her own parents, thanks Chad’s extravagant gifts. Whenever he came to visit, he would show up on the doorstep carrying a brown paper box with Stacy's name on it. And every time, that box would feature some kind of treasure that Ted and Norma didn't even know Stacy wanted.

“It’s like Christmas when you visit, Chad. Business is that good, huh?”

Chad would smirk. “Always is, brother.”

“What kind of business is it again?”

“My business.” And that was it. He would never elaborate.

Now with a fresh cup of coffee in hand, Ted went to retrieve the mail. It was warm outside. Yet, he sipped the hot coffee anyway. Besides, the weather’s warmth couldn't alleviate the coldness inside of him.

Pulling out the mail, his eyes landed on a hurriedly written note. The scribbled handwriting read:

Do as I say and you won’t get hurt.

1. Calmly go back inside.

The coffee mug shook in Ted’s hands. He glanced around, his heart pounding. Was he being watched? The warm breeze caressing his face may as well have been ice water.

One. Two. Three. Breathe. Walking quickly but not wanting to draw attention to himself, Ted stepped back inside. With trembling hands, he locked the door and continued counting his measured breaths. He read the note again, trying to decipher meaning from it and who it could possibly be from. The handwriting looked vaguely familiar.

His coffee mug went crashing to the floor when a shrill ringing broke the silence of his home. The phone. He hurried to answer, flinching as he stepped over shattered ceramic. “Hello?” he whispered.

Terrified, Ted stood on the spot, listening to the doorbell being pressed repeatedly, followed by rapid and frantic knocking. Still gripping the phone, he thought about calling 911. But before he could do anything, the back door of his house burst open.

Within a matter of seconds, a man dressed in all black with dark shades covering his eyes was advancing on him. Before he knew it, the man seized him, and proceeded to half carry Ted out of his own home, wearing nothing but his coffee-stained pajamas.

Maybe this is all a dream. The thought ceased though, when Ted saw the unfamiliar car sitting in his backyard. The car had driven straight through his garage. The horrifically loud crash he had woken up to that morning hadn’t been an echo of his recurrent nightmare after all…

Dirt crumbling into his house slippers as he was dragged across the demolished yard, the man in black shoved Ted into the backseat of the car and slammed the door behind him. From the driver’s seat, a hooded figure pressed the gas and took off speeding down the alley. The acceleration gave Ted whiplash. He struggled to catch his breath. There was no point in counting like the therapist had taught him to do now.

Counting couldn't resolve the problem of him being kidnapped.

Ted's eyes landed on a photo near the car's dashboard. His own daughter looked back at him from the photo he had given his brother just this past Christmas. In the picture, Stacy was smiling ear-to-ear, holding one of Chad's brown paper boxes.

“I need a new partner, brother. So I'm going to need you to trust me and not ask questions. Just gotta take care of some business first,” Chad said from beneath the hoodie, the car burning rubber as he pulled onto the highway.