by T.D. Edwards 10 months ago in Short Story
Report Story 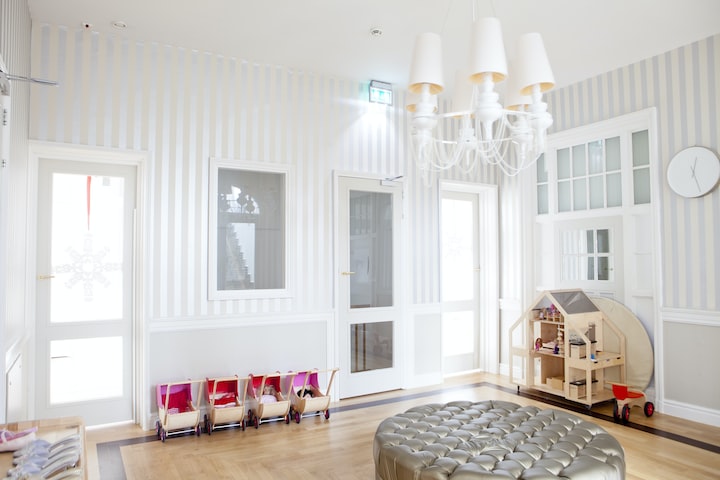 Photo by Liliane Limpens on Unsplash

If his mother turned up the TV volume any louder, the windows of the house would burst.

The newscaster’s dramatic voice boomed, “This unfortunately adds to the growing list of teenagers reported missing…”

“And just where do you think you’re off to?” his mother asked, finally lowering the TV volume.

It was Saturday, and Trevor had endured enough of her nagging for the week. Was it too much for her to just leave him alone this afternoon?

But no. After following news stories about missing teens, her paranoia had skyrocketed. Trevor didn’t know what she was worried so about though. She hardly liked having him around. If he got abducted, it should be a relief for her.

“I’m meeting up with John and Mike.”

She folded her arms. “Meeting up where?”

She sighed, exasperated. “Do you have any idea what’s been going on lately?”

The way you’ve been blasting the TV, how can I not?

“A kid just got abducted not far from here. That makes five, Trevor. Police can’t even figure out what’s going on. Six kids went missing from another town earlier this year too. And…”

Yada, yada, yada. What does any of this have to do with me? Trevor let her nagging voice go through one ear and out the other.

He was almost seventeen, and stood over six feet tall. He doubted he was in danger of being kidnapped. Getting his mother to understand that was an uphill battle though. A battle he didn’t have time for. His friends were waiting.

“…I’m sorry, but you can’t go today. You have other obligations.”

Trevor blinked, catching the end of his mother’s tirade. “Wait, what?”

She chewed her bottom lip, an unspoken thought gleaming through her cloudy hazel eyes.

Her objection to him going out made sense now. This wasn’t about her legitimately worrying about his wellbeing.

What drunken mess had she gotten herself into and needed him to clean up?

He swore, one more year, and he was going to pack up and never come back.

“A nice old lady just moved in across the street. I just met her yesterday,” his mom said.

“She doesn’t have any family. No one to help her out.”

“Yeah, that’s why there’s this thing as hiring help.”

“Maybe she doesn’t have money for that, Trevor. We don't know her circumstances. There’s a thing called volunteering too, you know.”

“Well, have fun volunteering and give yourself a nice pat on the back afterwards.”

“I volunteered you to help.” His mother stood from the couch. She was a small woman, but there was suddenly an edge to her that let Trevor know liquid courage already flowed through her veins despite the earliness of the day. She was ready for a fight, even if with her own son.

And she was definitely in some kind of trouble. Trevor just didn’t know what the old lady across the street had to do with it.

His mom cleared her throat. “You’ll get paid.”

Ahh. There it is. Part of the mystery had been revealed. She needed some extra cash and just didn’t want to be the one to earn it. Nothing like making him do the work so that she could take his money afterwards to entertain her own demons.

The money would have to go through Trevor first though. If he could pocket it and just not come back home for a few days… Let her think he’d joined the growing list of missing teenagers.

Maybe the poor excuse of a woman would sober up if she thought she’d lost the one man she hoped to have control over forever.

Trevor pressed the doorbell. For a moment, it seemed like no one was home. But seconds later, an elderly woman peered out at him.

“Hi. I’m Trevor. From across the street. My mom said you needed help moving some boxes or something.”

“Oh!” She pulled the door open, a smile stretching across her wrinkled face. Long dull, gray hair hung in a braid over her frail shoulder, and glasses magnified pale blue eyes that seemed at least one-hundred-and-twelve years old. She clasped veiny hands together. “I was wondering if you would really show up today. Please, come in. You can call me Ms. Carrier.”

Trevor forced a smile as he entered the house. “So, what can I do for you?”

Ms. Carrier lifted a wrinkled hand and squeezed Trevor’s arm. “Plenty, I’m sure. You’re such a strong boy. And so handsome. You’ll fit right in.”

"Pardon?" Trevor eyebrows shot upward. If his mom had pimped him out to a perverted old lady who just wanted to sit around and watch him move furniture all day, he’d kill her.

“Come along, dear. I’ve got some heavy boxes I need unpacked. And if you’re a good boy, you’ll be in for a nice treat later. It’s baking in the oven as we speak!”

As if on cue, a sweet, chocolatey aroma reached Trevor’s nose. Brownies, maybe?

He cleared his throat awkwardly. “Uhm, just to be clear, my mom did say that you were, you know. Paying.”

Cackling, Ms. Carrier pinched Trevor’s nose, her gnarled fingers squeezing until his eyes watered. “Yes, I’ll pay you. But you like sweets too, don’t you sweety-pie?”

Two hours later, Trevor had practically unpacked Ms. Carrier’s entire house. Finally, he was down to the last box in the guest bedroom. He held it up. “Where do you want this?”

“Careful!” Ms. Carrier’s voice, so sickly sweet the entire time, abruptly turned stern. With the agility of a much younger woman, she snatched the box from Trevor and cradled it in her arms, whispering. “My babies…” Moving carefully with the box in tow, she nodded at Trevor. “Come here.”

Reluctantly, he followed her to the one room in the house he hadn’t been in yet. Her bedroom.

Ms. Carrier flipped on the lights, revealing a sparsely decorated room containing nothing more than a bed, a dresser…

And a doll house.

“I keep my babies close because there’s no other way to make them stay.” Ms. Carrier turned toward Trevor, her pale blue eyes sparkling. “It’s always so hard, making people stick around. People can be so judgmental. But I learned…”

Trevor shifted on his feet, uncomfortable. “All right. Well, I’ve got some friends to meet up with, so…”

A grin slipped onto Ms. Carrier’s face. “Yes, a boy like you can make a lot of friends… And I’ll let you, soon.”

Let me? Trevor had suspected it all along, but now he knew for sure that there was definitely something off about Ms. Carrier. Go figure she had no family.

“Come, take a look.” She pointed to the doll house. “My little lovelies. I choose them myself, you know.”

Tentatively, Trevor approached the doll house, humoring the old lady. He peered through a tiny window. Inside were a about six dolls, standing around a tiny toy television.

Dolls weren’t his thing, but Trevor had to admit, they were impressive. Eerily lifelike, they had somber expressions, so unlike the typical painted-on smiles most dolls sported. Maybe that’s what drew a weirdo like Ms. Carrier to them in the first place.

She set down the box she’d been holding and opened it, revealing six more dolls. “Let’s add the newbies,” she said, positioning them into the doll house with the others.

“How lovely,” Trevor said, deadpan. “Now, if there’s nothing else, I really should be going.” A bead of sweat dripped down his back. Irrationally, he contemplated whether Ms. Carrier would really let him leave.

After placing the last doll, she wagged a finger at him. “Ah, ah, ah. Not before you’ve had your treat. That chocolate cake isn’t going to eat itself.”

Well, you eat it.

A couple minutes later, Trevor was seated at the living room table with a thick slice of cake in front of him.

“Come on, now.” Ms. Carrier reached for his fork.

Trevor snatched it out of her reach. No way was he going to let her feed him.

She watched as he inserted a forkful of cake into his mouth. The chocolate frosting melted on his tongue, rich and flavorful. “Wow,” he muttered, unable to stop himself. “Aren’t you going to have any?”

Ms. Carrier laughed. “Heavens, no. This old digestive system of mine can’t handle sweets anymore. I just like to bake them for my new friends.”

He somehow doubted she had many friends, but he kept the thought to himself and finished his cake in silence. After the last bite, Ms. Carrier reached into her pocket and pulled out a crisp one-hundred-dollar bill. Then she winked and pulled out a second one. “Because I like you, and hope to keep you around.”

“Thanks…” Trevor pocketed the money and stood from the table. “It was uh, nice meeting you.”

“Likewise, my dear. Don’t be a stranger!”

Across the street, Trevor could see that the car was gone. His mother wasn’t home.

With the cash in his pocket, he didn’t exactly want to go home either. But the long day of working for Ms. Carrier had taken a lot out of him, and he wasn’t feeling the greatest.

In all likelihood, his mother wouldn’t be home tonight. She might return in sometime the following day, but even that wasn't a guarantee.

He could get a good night’s rest in his own bed and then head out early before his mom could stop him—and most importantly, before she could get her hands on the cash.

Resigned, Trevor returned home, hopped in the shower, and collapsed onto his bed, his muscles stiff and achy.

He belched, the sweet aftertaste of the chocolate cake making a reappearance.

Just need to sleep this off, that’s all…

Trevor dozed, although his sleep was restless and his muscles continued to stiffen. Furthermore, his stomach clenched, the richness of the cake suddenly not agreeing with him.

He needed a glass of water and wash away the aftertaste, but he couldn’t move. Every inch of him ached.

I need some Motrin, he thought, as his consciousness slipped away. He drifted...

Drifted so much, in fact, he was floating. Hovering in the air, out of his house. Out of his own body, even…

“Good morning, my babies,” a voice rang in his ears.

Trevor opened his eyes. Or had they been open already?

He tried to turn his head.

“How are you today?” the voice said.

Who is that? Trevor thought. Not his mother’s, but familiar.

Panicked, he realized he wasn’t in his bedroom. The walls were bright pink and blue. Artificial looking.

He moved his eyes as best as he could…

A dozen dolls with frightened expressions surrounding him on the fake bed he was lying on, although he had no clue how he'd gotten there.

“Babies, I’d like you to meet your new cousin, Trevor.”

A face larger than life came into view. Pale blue eyes stared back at him. Finally, he placed the voice. Ms. Carrier. But she was no longer old and wrinkled; she was young and beautiful…

“I hope you enjoy your stay here, Trevor. I knew you were a keeper.” Ms. Carrier winked, the aroma of chocolate cake surrounding her.