Waiting for the Call 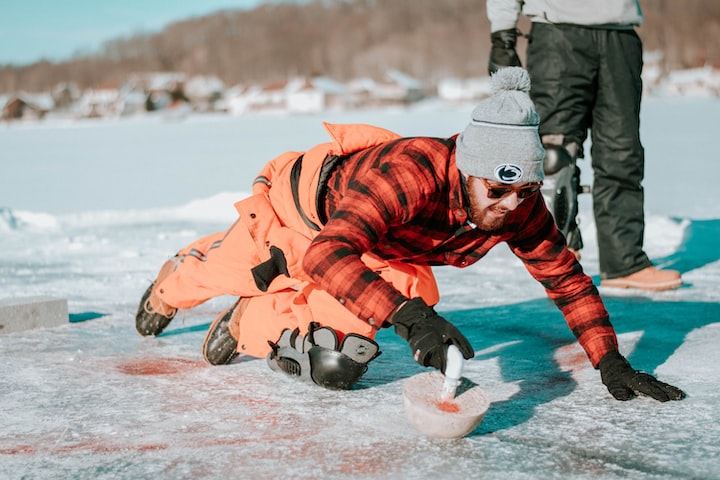 Photo by Matthew Fassnacht on Unsplash

Today they would find out. Annette knew they did well, but everyone did well. Only one spot remained, and they were in the top three asked to come back and compete for it. They had a thirty-three percent chance of making the team. Not terrible odds.

Annette stared at the phone. Ring damnit. Silence engulfed her. The waiting was killing her. Sweat ran down her brow and beaded on her lip. She’d wiped her hands several times on her jeans. They were late. They should have called by now.

No phone call meant they didn’t make it. Guess she better check her email for the rejection letter. The We’re sorry, your team did well, but did not garner enough points to make the cut. Thank you, please try again. That letter. Annette slumped on her bed.

After five minutes of pity, she fired up her computer. Her hand shook. She didn’t want to see that email. It took forever to load. Finally, she heard the last ding. She closed her eyes and opened only one, squinting as she checked. Sale ads. Blog posts. Buy car insurance. Get an auto loan. Refinance your house. Utility invoices. Annette couldn’t believe it. No email from the committee. No email. No call.

Maybe they forgot. Of course, they didn’t forget. There was too much on the line for that. Teams needed to plan. Schedules needed to be adjusted. Her head pounded. More dings meant more emails. Annette hated to check. Before she could look, her phone rang.

Her heartbeat pounded in her chest. This was it. The call she waited for. “Hello.”

Crap. Not the call she waited for. Not that she didn’t want to talk with Lisa, but she had no news to share. “Nothing yet. No call. No email. Gotta go. I’ll keep you posted.” Annette ended the call.

Would this be how the day went? Phone ringing, but not the call she wanted. Again, her phone rang. She answered quickly. “Hello.”

“I thought you said you’d call when you heard something this morning. I’ve been waiting for hours,” Marla said.

“I would’ve called, but I don’t know anything. And it hasn’t been hours. We didn’t get the call or the email. The waiting is killing me.”

The phone went dead. Annette wasn’t sure she wanted them there. Maybe she didn’t want them to see her disappointment. Or to see her breakdown and cry. All that hard work. Please don’t let it be for nothing.

Twice her phone rang. Twice it was a telemarketer. She nearly jumped off the bed when the last call came in. Waiting was so hard. Too many things went through the mind. And none of them good.

She paused before answering. She wasn’t ready for another disappointment. Wrong number. Would her heart be able to take much more?

Annette heard a beep. They were there. She went to the window and yelled, “Door’s open. C’mon up.” The pounding on the steps let her know they were inside and, on their way upstairs.

“My phone’s been ringing off the hook today. Each call is making me more nervous. I keep checking my email and—

The phone rang again. They all stared at the phone. Annette answered it on the third ring and put it on speaker. She didn’t want to appear to anxious, just in case.

“May I speak with Ms. Powell, please?”

Annette swallowed hard. “This is she.”

“Ms. Powell, congratulations to you and your team. Your team has qualified for—”

“You will be receiving the details on or before December 21. You should have received an email with my contact information. Please confirm that you received it. I’ll wait.”

“Excellent. If you have any questions, don’t hesitate to reach out. Once again, congratulations. Good day.”

The phone went dead before she hung up. Everyone spoke at once. The whoops and woohoos, jumping and hugging went on for several minutes. They made it.

When things calmed down, Annette said, “You know this means we need to practice even harder. Let’s meet tomorrow at the same time. Everyone agreed.

Her alarm went off at four-thirty, but Annette was already up. She couldn’t sleep. Excitement kept her up, staring at the clock. She went through her morning routine and headed out to meet her teammates. Today’s practice would be so much more fun. They made the team.

“Hey Lisa,” Annette yelled. “Where are Marla and Paige?”

“Right behind you. You’re the last one here. We’ve been here for ten minutes waiting on you.”

Annette laughed. She opened the locked storage shed by the pond, pulled out her equipment, grabbed her dad’s rocks, and his towel. Just like Dad taught her, she polished each rock before she put them down. Since they only had the required four to a side, they had to play as their team and as the opponent’s team as well. This gave them plenty of practice, both offense and defense.

Even though she was the skip, the team captain, she chose the rocks she would be throwing first.

Marla threw her hands in the air and walked away. Annette knew it was a silly superstition, but it was how her Dad taught her. She refused to change that. Especially now that—she swallowed hard. How she missed him and his dad jokes.

Marla threw her rock, and the rest of the team did the sweeping.

Annette threw last. For you, Dad. She smiled as the team worked the brooms, sweeping to get her rock into the right place. They named their curling team after her Dad’s Olympic curling team, Brush it Off.