by Trevor Wells 2 months ago in Short Story

A man reflects on his idyllic life as a family man. 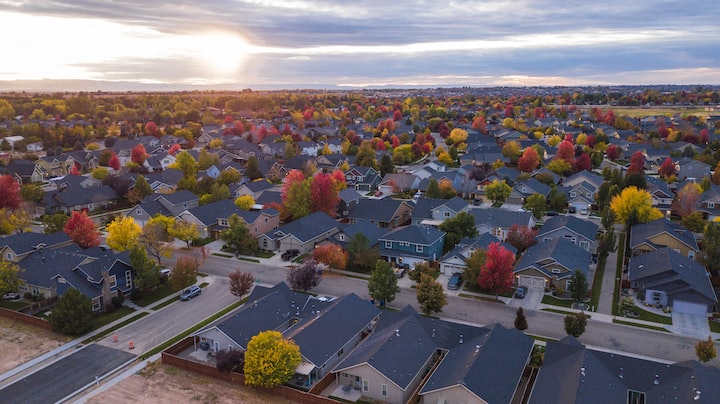 Photo by Jimmy Conover on Unsplash

What did I do to deserve such a life? That's the question I'm left pondering on this quiet sleepless night. Callie's always been on to me about getting sleeping pills to deal with my insomnia, but I've never been one to rely on medication for anything. Guess I inherited my father's stubbornness in more than one way. Looking out at the empty street, a warm cup of tea clasped in my hands, I imagine how it will look when the sun came up. It's a summer Saturday, so I can expect some neighborhood children to turn the street into their concrete playground. Bikes and scooters will soon be zipping up and down the road and fresh chalk drawings will paint the pavement in a rainbow of colors.

If our youngest son wasn't so shy and our oldest wasn't such a gamer, they'd probably have been joining them the minute school let out. Thinking of them, I sneak back upstairs to peek into their rooms. Luke lay silent in his bed, the bedroom floor strewn with action figures and stuffed animals. I'd always get such a kick out of hiding in the doorway, listening as he made up all kinds of imaginary adventures for his toys to go on. Whether it was to rescue a princess from an evil sorcerer or to unearth a hidden treasure, he'd always throw himself into it with the expected 6-year-old gusto. On the little desk by Luke's window, I spotted an all-too-familiar book that I'd left there after tucking him in for the night: The Story of Ferdinand. The peaceful bull stood proudly in the cover's center, as if aware that he was the favorite literary character of my similarly reserved son. Almost every night for the past year, he's asked his daddy to read him Ferdinand's tale before bed. I think with how often he's been teased at school for not liking sports, Luke relates a lot to old Ferdinand.

At the end of the hall, I peek into Greg's room. He's curled up under the covers, his back to the door. In the corner of the room on his desk are a laptop and headset; an area that I'd long dubbed his "gaming station." Callie and I have always worried that Greg might be too antisocial and dependent on his gaming life. But after several failed attempts at getting him interested in something outside of the digital realm, we finally realized we could lead a 17-year-old gamer to the basketball court, but we couldn't make him dribble. At least he seems to have made some friends through his virtual endeavors; I've often heard him striking up some nice conversations with his gaming buddies. Leaned up in the doorway, I finish off the rest of my tea and go down to the kitchen to put the mug in the sink.

Dammit. I've been getting stains all over the carpet. Callie would have my head if she was here to see the mess I've made.

Thanks to the moonlight streaming in through the kitchen windows, I can finally see the red splotches I've left on the linoleum floor. I dread to see how badly I've ruined the carpet Callie just vacuumed this afternoon. Oh well. No time now to clean it up, and besides, it's not like Callie has to worry about keeping this house tidy anymore. She's upstairs in bed now, a clean shot to the head leaving her in eternal slumber. The same can be said for our two boys. I pray the bullets acted fast enough to kill them without pain. As much as I've grown to resent the life I had with them, it wasn't their fault. If they had to die in exchange for my freedom, they deserved to have their journeys to whatever lies beyond this mortal plane be a quick and peaceful one.

Grabbing a dishtowel from the drawer and wetting it in the sink, I quickly scrub my shoes clean before pocketing the moist rag in my pocket. Can't be walking into the airport with bloodstained sneakers; I'd be tackled and dragged off for interrogation in seconds. I just had to get moving now while I still had enough time to make my flight before suspicions were aroused. I already have everything I need to start over packed in suitcases in the trunk of the secondhand car I'd bought with my new credit card. A credit card I'd gotten under my new name. With all the precautionary measures I've taken, any paper trail leading to me will stop the instant I get on that plane. The only thing left to do before I reach the airport is ditch this towel somewhere on the way there.

Slipping out into the night and making sure no one was awake to see me go, I silently make my way out of the neighborhood to the abandoned factory where I'd stashed my getaway vehicle. On the walk there, I can't help but reminisce about a different time. A different life, when I thought being a "family man" would bring me satisfaction. When Callie and I first met, our relationship was fire. Hot sex, loving embraces, promises of forever, the works. When we got married, I thought those promises would last. Even Greg's birth wasn't enough to knock the hopeless optimism out of me. It wasn't until a few months after Greg's birth that I began to resent the rut I'd dug out for myself.

A routine was quickly established once Callie and I became parents. While she went back to her job as a law firm receptionist to bring home the bacon, I'd stay at home and take care of Greg. Don't get me wrong, I loved having a careerwoman wife. Callie was as passionate and ambitious as she was before we married and I loved it. Those qualities were what drew me to her in the first place. But when your days become a litany of baby cries and diapers in need of changing, whatever giddy joy came with the idea of becoming a father quickly fades away. I'd keep a smile on my face for my child's sake and to keep Callie from feeling guilty about restarting her career. But on the inside, I was miserable--and my desire to escape began to grow. That growth continued blossoming with Luke's unplanned arrival into our lives. Seeing how happy Callie was to be giving Greg a little brother, I once again swallowed my growing discontent for the sake of my family.

How I wish I had just done what had to be done right then.

Because once Luke was born, Greg had grown into his temper tantrum phase. Every day came with something else for him to scream and cry about: not being allowed Oreos before dinner, not getting the M-rated video game he saw a commercial for on TV, getting grounded for a failed math test. All that, on top of having to go through the familiar dreaded infant routine with Luke, had me on the verge of a meltdown. I began having nightmares where I'd finally snap and murder my beautiful children in the most ungodly ways imaginable. They even started to include snapshots of Callie getting mutilated in increasingly gruesome ways. The horrific scenes rocked me to my core. The week before I realized the solution, I'd made a habit of pretending to be asleep until Callie drifted off, allowing me to sneak down to the kitchen for some much-needed caffeine.

Then one night, it finally became clear to me: the only way I could free myself from my suburban shackles was to first set my family free.

And now that it's been done, I can finally make my own journey to freedom. I just pray that Callie and my boys (wherever they are now) can understand why I had to do this. Do I wish things could've turned out differently for us? Absolutely. But I can't dwell on "what ifs" anymore. All that I can do is end this painful chapter of my life and start fresh somewhere new. Reaching the car, I hop inside and start my drive to the airport.

Receive stories by Trevor Wells in your feed
Trevor Wells
Read next: A Girl, a Teddy Bear and a Locket