Memoir of a Cake Maker 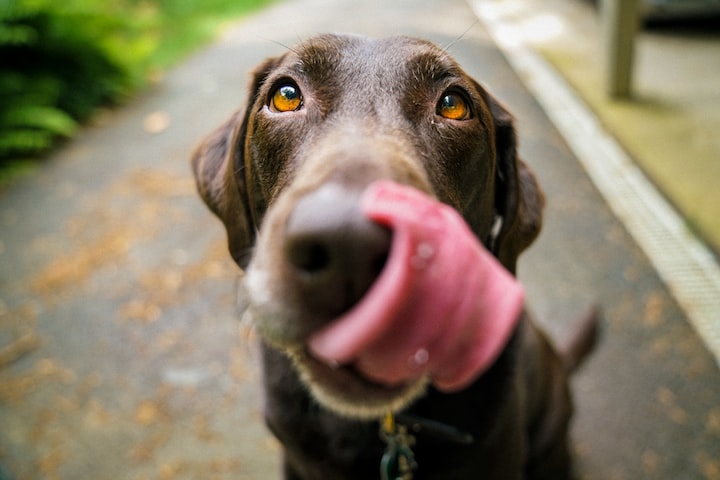 Photo by James Barker on Unsplash

Transcription of interview given by Casey Mellow, celebrity cake baker and star of Make! Bake! Ice! Casey details his most memorable bake to date.

You know, people think that because of my clientele and TV show that it must be a celebrity who asks for something absolutely outrageous. And let me tell you: I have had some outrageous requests from lots of famous people and not all of them about cake! But that’s for another time!

No, the cake I remember most was a normal order. I say normal because it was for an everyday client, but the actual request was quite specific and unusual and I wasn’t sure that I was going to be able to pull it off. Of course, it was, as you’d expect, a marvellous piece of baking magic and one of my greatest accomplishments and although it was early in my career, it gave a taster of what was to come. And we all like a taster, don’t we?

It was a misty day in September when, we’ll call her Samantha, came into my shop. I can remember we’d been a bit slow. This was in the days before I became a television personality and my life was my own. Do you know in those days, I could pop out anywhere and nobody would bat an eyelid. But now? I can’t go anywhere without getting mobbed – can’t even pop out for milk without posing for selfies. It’s hell, it really is! But I’m a martyr for my fans.

Anyway, Samantha came into my little shop whilst I was just catching up on “Hello!” magazine and having a low fat latte. Her cheeks were bright pink so I knew it was still blowing outside and she came in with a wicked glint in her eye. Nothing to do with me and my dazzling good looks neither – no, she was a bride come to see if I would do her wedding cake for her. And she had something very particular in mind!

But first, Samantha. She was no beauty but there was something attractive about her. You see, she was pretty well rounded but not so that she was spilling over: like she was ripe, you know and with those rosy cheeks she had this freshness, like a newly picked apple, dew covered and crisp. If she’d let me, I’d have taken a bite out of her, if you know what I mean?

But, tempted though I might have been, it’s my policy not to hit on brides so I waited to hear what she had to say.

“Hi! I’m wondering if I could see Mr Mellow? I’d like to order a cake.”

Not the most exciting opening line but I stopped myself from saying something sarcastic – as I said, we’d been slow and I needed the money to pay the rent so I put on my most engaging smile and said instead,

What a cheek, I can remember thinking. I mean, I was younger in those days but I was already on the rise in so many ways. But again, I kept my diplomacy like the professional I am and replied,

“Sure am. Casey Mellow, shop owner and cake maker.”

“Oh. Well, I’m hoping you can help me,” she said and she looked me straight in the eyes. Beautiful soft brown eyes, they were, like a melted chocolate ganache. I’m a sucker for brown eyes, me.

I tried not to be offended as she told me that she had been everywhere else and they had all refused her request, saying that it was too difficult and one other shop had even been rude and told her that it was “ridiculous and shameful and they did not want to be part of it!”

Well, you can imagine that my curiosity, nothing else, I can promise you, was piqued and I said, “Well, you better tell me what it is you are asking of me and then I’ll be able to tell you if I am able to perform!”

And so she did and I was completely staggered, I can tell you! What she was asking for was demanding and challenging and would take a lot of time and money and would probably pay my rent for a while and then some! But it would take some doing. It also wasn’t wholly appropriate as a wedding cake neither and I wasn’t sure, these being my early days and that and me still having to make a name for myself, or, at least, in the cake making business, that it was a good thing to be associated with something like this. It could’ve killed my career then and there, no doubt, if it had gone differently. Also, I’d have to be there on the day to ensure that it would go all right as well so we were looking at close to a five figure sum at least. She didn’t look like the sort with a lot of money neither. I mean she was reasonably well dressed but she wasn’t wreaking of money like some who come in with their mad demands for the perfect cake with just the right shade of pink ombre and pearls no bigger than 2 millimetres. I tell you, I’ve dealt with some Bridezillas in my time and she was not one of them.

But what was I to do?

And after she gave me the back story and her reason for such an unusual cake, I couldn’t resist.

And with those words, I was committed.

The day came and I’d booked a trailer to get the construction to the wedding in one piece because it was quite a thing. We’d given it a test drive that morning and all of the moving parts were doing what they were meant to, which was a relief! You know, it was probably the most difficult cake of my career? You see, it had to be tasteful even though what she wanted it to do was actually in really poor taste….but I’m getting ahead of myself.

Anyway, the cake got to the venue in perfect condition and then it was just a case of keeping it under wraps for the big reveal at a specific time and for a specific person.

Remember I told you that Samantha was a bit on the round side? Well, she’d had a bit of a tough time of it from her stepdad for years, making comments about her weight and generally making her life a misery. She’d tried to talk to her mum about it but she thought it was just healthy teasing. Poor girl.

So he did things like having a t-shirt adapted for her birthday which originally was for a pregnant mum and said “Eating for two” only he’d had the letters, “No, just fat!” added underneath.

She told me about the time that he’d had a friend and his son over to help cover their boat for the winter and the tarpaulin was too small and he’d said, “Samantha, get us a pair of your knickers, will you? They should do the trick!” The friend’s son was someone that she had really liked but after that, she couldn’t look him in the eye.

Terrible, eh? What a bully. I hate bullies. Even if they dress it up as “It’s just a joke” and “Don’t be so sensitive”. That sealed it for me. Even if it was the last cake I ever made, I had to help her out.

Anyway, one day she was cutting herself a piece of chocolate cake when he came into the room and he said, “You’ll never get a bloke to look at you, never mind marry you, with chocolate cake. In fact, I bet you a thousand pounds it will never happen. Actually, no. I’m so confident that I’ll bet you five thousand pounds you’ll be alone and fat forever.”

Well, Samantha did meet someone, a really top bloke called Ian whose dog, Coco had bounded up to her in the park one day while Samantha was picnicking with friends and knocked over her bottle of beer. So, to say sorry, he took her out for a drink and the rest, as they say, is history. Lucky fella.

And so, in a romantic gesture, Samantha wanted her wedding cake to be Coco, the chocolate labrador as the base balancing the other two tiers of the wedding cake on her back. Everyone knew the story of how she met Ian and she was so grateful for Coco and her clumsiness that day - she changed Samantha’s life.

Samantha wanted Coco lifelike with her tail in the air and her tongue hanging out and I have to say, I did a bloody brilliant job! Bloody brilliant! You could have stroked that dog, she was so lifelike. I really outdid myself that day.

But that was not all. I mean, when the cake came out there was a bit of a mixed response to be honest. Having a lifelike dog sculpture as your wedding cake was unorthodox to say the least but it was so splendid that nobody could do anything but compliment it, really without looking bad.

Anyway, everyone got a slice of the top two tiers except the stepdad. He was sitting at the top table, wondering why, after the cutting of the cake, he didn’t have a slice.

And then, I made the announcement: “Is there anyone in the room who’s not had cake?” to which he put his hand in the air. I told him to make his way down to the dog as there was a special treat waiting for him courtesy of the bride.

Up he comes, looking all puzzled and worried. I handed him a plate and told him to put it under the dog’s tail, just by the back legs. I bet you can see where this is going, can’t you? Then, I told him to grab the tail, not cake as you’ve probably guessed, and pull it towards him. The crowd were wondering what on Earth was happening but some of the younger ones were getting it and starting to laugh. Some of the older ones were looking confused but as all eyes were on him, what could he do? He pulled the tail and out of the back of Coco, the cake dog, came a perfectly formed tube of specially made cake pop which, when it landed on his plate, looked very much like a turd.

The reaction of the crowd was priceless! He looked disgusted. Samantha was beaming from ear to ear. Coco executed her function perfectly in one smooth movement as planned. It was bloody marvellous!

Redfaced and angry, he retreated back to his seat but what else could he do? Make a scene? The band started up then and everyone got up to dance. He did look a sorry sight but nothing short of what he deserved. Do you know he never touched the cake? Can’t say I blamed him after the way it was delivered although it was beautiful and moist and pretty tasty.

But do you know what? You’re going to love this. He had to pay for it too. Yes, you see, he lost his bet. Remember the bet? You see, Samantha did marry because of chocolate cake. Not because she still liked to eat it. No, no! Better than that! Coco was a pedigree from a proper kennel and her kennel name was?

How about that then?

Primarily a blogger and book reviewer, I do sometimes dabble in writing fiction and especially enjoy the medium of short stories. I have published some of my stories on Reedsy Prompts and share all of my writing at scuffedgranny.com.