by E.B. Mahoney 10 months ago in Mystery · updated 8 months ago
Report Story

Potted plants, trams, and a gamble 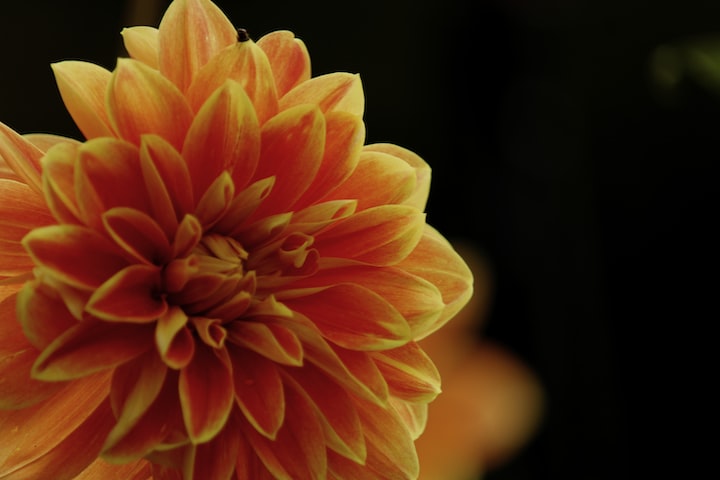 Photo by Rosie Pritchard on Unsplash

Allena ducked around the corner of an ornate late 19th century stone business building. Slipping on damp pavement, she very nearly collided with an affronted pedestrian.

“Sorry,” Allena stated, making just enough eye contact to ensure it was known to be sincere before bringing her phone to her ear. It was a feigned pretence of making a call before she casually strolled out onto the corner of the street. “You did say it was opposite the corner?” The words merely designed to misdirect anyone paying attention. She scanned all around, watching the back of the man’s head as he disappeared into yet another bank.

Pursing her lips, Allena decided it was about time she attempt something more decisive and take a risk. Pounding up the marble and granite steps, she attempted to smooth her hair before pressing through the worn timber bank doors.

Ted had taken a seat in the waiting area. Not, as Allena had first expected, in the queue making its gradual way to the service counters. So he had an appointment, apparently. He looked a small figure, seated in front of a vast macro-photograph of a russet marigold flower print hanging from the wall. The shades of orange were complementary, if not a little incongruous with the large, bottle green Monstera plants. They sat in ornate terracotta and gold pots standing either side of the row of seats against the wall. The combination was exotic, yet oddly humble, perhaps an uncouth sort of attempt at remaining relatable. Smiling wanly, she met the man's eye briefly as she flopped down in a seat next to him, just one chair separating them. Allena made a point of sorting through her work satchel.

“Don’t suppose you’re here for the job opening too?” She glanced up, offering that same, slightly strained smile that one might offer a stranger. Ted glanced up from the floor, taking in her navy tailored-fit coat, smart business slacks and elegant leather shoes.

“Yes, I didn’t realise there would be other applicants today,” he twisted his position to address her more fully. “What do you suppose are the chances of them asking us some wholly tiresome question like, ‘who is your role model in life, and why?’”

“Gosh, I hope they don’t,” Allena rolled her eyes. “I feel like I’ve answered that question a thousand times already.” Ted’s mouth quirked up.

“I know the feeling,” he said, before adding quietly, staring at the other side of the room. “Goodness, I need this job.” A statement of the exhausted.

“If you’re trying to guilt me into stuffing my interview, you’ll get no sympathy from me,” she zipped up her work bag. “I have mouths to feed.”

“No, two dogs.” She’d angled for the next response.

“Oh, that’s nice, I have a wife and a little girl at home,” he cracked a grin finally, quietly tapping his fingers on the black leather suitcase on his lap.

“Oh, so you’re saying their lives somehow have more value than my two dogs?” She raised a cynical eyebrow, crossing one leg over the other.

“Yes, actually, especially if it guilts you into doing poorly in your interview.” Thoroughly joking now, but with an underlying beat of genuine seriousness. He certainly was desperate for this job.

“Tessa. Tessa Haldon.” She leaned across to shake his proffered hand. “Who knows, maybe we’ll end up colleagues.” A bit of a risk to say. It was unlikely the job he was going for was held by a single person in the company, unless Ted was going for something very high up, perhaps. The kind of statement that could be dismissed.

“Maybe.” But from his expression, he didn’t seem to think so, a flicker of worry tracing his face.

It wasn’t long before Ted was called for his interview. Allena managed to wish him a tenuous ‘good luck,’ thankful the bank wasn’t the kind to keep it’s potential job candidates waiting. Once he was safely in the elevator across the foyer, Allena made for the door before extracting her phone from the depths of her pocket and calling the number Laylor had offered her upon request.

She had deliberately insinuated that she was single, or at least childless, subtle as it may have been. Ted had offered up that he was married and had a child, not that that would deter some women. It might have also been the setting. Best not to flirt with potential colleagues? Cheating could certainly not yet be ruled out and neither could the hiding of assets, but another potential reason for Ted’s change in behaviour was now confirmed.

“Blackwen and Morris, Chartered Accountants, this is David speaking,” the pleasant male voice answered her call. “How may I help you today?”

“Good afternoon, David, my name’s Eilish,” she started, finding a small alcove offered by the bank building – the wind having picked up since she’d last been outside. “I was hoping to book a consultation with Ted Bennett, I’ve been told he’s really good, and I’m looking to change accountants.” There were a few moments on the other end of the line where Allena could hear the tapping of a keyboard.

“I’m sorry, Eilish, Ted Bennett is no longer with our company, I can book you in with one of our other staff members. What precisely were you-“

“Sorry, when did he leave?” Allena cut in, holding her breath.

“That’s so disappointing, I was really hoping to get an appointment. Are you able to pass me on to his new place of work?”

“Not at all,” she pressed up against the limestone at her back. The hold music was an incredibly flamboyant selection of classical music. It hadn’t been more than a minute, however, before David was back on the line.

“Unfortunately, we’re unaware of Ted Bennett’s current place of business,” he paused for a beat. “He left us a while ago, though. I can book you in with one of our other accountants for a consult, Eilish, I assure you they are excellent.” Allena grinned. Whatever, ‘a while ago’ was, it was more than she’d been expecting to garner.

“Oh, no thank you, I really had my heart set on Mr Bennett,” she swung her foot as she watched some passing pedestrians. The trams, their gliding clack over tracks and the intermittent chime of bells in the next street a comforting background among the other bustling noises of the city. “Thanks for all your help though, David.”

“A pleasure, have a nice afternoon.”

“Thanks.” The line ended, and Allena made a beeline for the tramline. She would return home and write up her findings before calling Laylor with an update. It was tempting to continue her surveillance on Ted, but being a single-investigator team made that impossible if she ever wanted to eat, sleep, or work another job. Bitter experience had taught her that the hard way. Besides, she was too easily recognised in the immediate aftermath of her encounter with Mr Bennett.

The seizure of her business premises had been closely tied to the all too suspicious demise of a dear contractor and the resignation of another. Allena was not yet in a financial or emotional position to hire replacements. Oscar had been a big enough call, and he was worth his weight in gold. While she did not have the workspace to accommodate another investigator, her business was in survival mode. Government assistance helped a little with rent, but the tedium of dealing with the rigmarole that was the government assistance system was nearly a full time job in and of itself. The sooner the business was back on its rightful premises, the better.

Part 4 of the Allena Abigail Burkhardt mini-series can be found via the link below:

Amateur author, artist, and broke student. Based in Australia, E.B. Mahoney enjoys climbing trees, playing a real-world version of a fictional sport, and writing in the scant spare time she has left.

More stories from E.B. Mahoney and writers in Fiction and other communities.