a story about a thirty-year-old 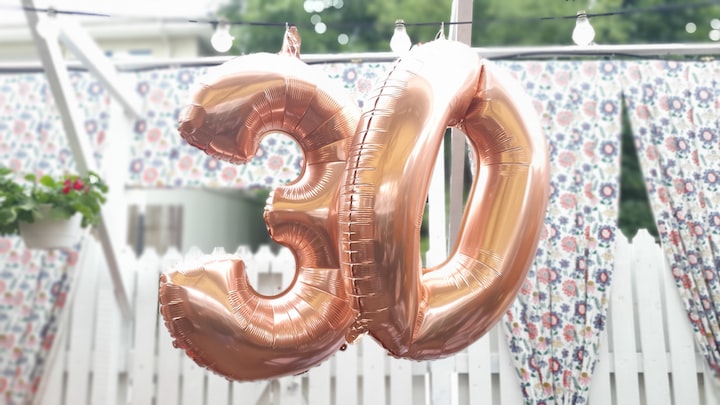 Photo by Jac Alexandru on Unsplash

They hadn’t talked to me all week. I have no idea what I did wrong or have said. The flatmates just wouldn’t interact with me. I haven’t had my period so I haven’t been Miss Princess yet. I tried to talk to Savannah a few nights ago and she just ignored me. Bridget did the same. Even Matt, Bridget’s on and off again boyfriend had the nerve to fob me off. So, for the remainder of the week, I did too. Tonight, was something.

I went to the kitchen with some of my dishes I had taken to my room during the week from hell. Savannah was in her dressing gown, typing away on her laptop. Beside it, was a glass of wine. She looked up from her screen, half-smiled at me, then returned punching the keyboard.

I made it obvious I was in the kitchen by emphasising noise wherever possible. I knew Sav was going to spit the dummy. Maybe she was on the blood trails. Who knows, with her.

“I’m having a party tonight,” she said, without acknowledging me.

“Exactly,” she said, cockily. “And, I can remove you whenever.”

Actually, you can’t just remove me without a valid reason which I would like to know why you’ve suddenly got a wine cork up your ass instead of your usual butt plug.

I thought this flat was primo but given the bullshit I have had to deal with in the past month, I’m getting abused for no reason. I wonder what I did to deserve this.

I turned on my heel and looked at her. “What’s up your ass?”

“Nothing’s up my ass,” she said, frankly.

“Clearly you need something up there,” I shot back. “You haven’t spoken to me all week then drop this on me now and you’ve gone all exclusive on me. The whole lot of you.”

“Sucks being the last to know, aye?”

“What’s that supposed to mean?” I asked, confused.

“Oh, stop playing the dumb game,” Sav spat. She slapped her laptop down for emphasis. She shot me a look.

“Why are you suddenly going against me?” I asked, again.

“You know exactly why,” she said again. She picked up her laptop and wine glass, and stormed off to her room, just in time for Bridget to enter on cue.

“What did you do?” Bridget asked, Matt in tow.

That was a couple of hours ago, when the sun was just going down. I’m not sure if the party happened because it’s quiet out in the “public domain,” which I haven’t had a chance to enjoy this week, due to being segregated. I still don’t know why, currently at 2209 hours, as to why Sav, Bridget, and Matt, have been ignoring me. Maybe because I don’t socialise as much. I have been a bit of an introvert in my later years, I’m only thirty but partying and all that jazz just seems too much for me. I’m single and over the boys on the buffet table. The ones that come into my harbour are only available for a short period of time and after that, the fish gets stale. Take that either way you like it – its true.

You know, since pondering over my situation with Period Panties and her panty draw (yes, I’m referring to Bridget and Matt as two pairs of panties), I think I know what she means. Course she has forced Bridget (and included Matt) to side with her because that’s what Sav does. She can’t get her message across by herself, she needs back-up.

A few weeks ago, Sav held a party. It was a big one and I chose to partake. I did hear a certain someone was going to present and this certain someone has been on my radar for some time. I didn’t know that this person had also been on Sav’s radar as well – how would I know when she doesn’t communicate? The certain someone, Drake Meadows, went to our high school, disappeared overseas but came back a few years ago, looking hotter than ever and single. God knows why he’s single. Still don’t know why. No one doesn’t. Anyway, he turned up with his friends, some of which we knew from high school, some we didn’t know of. But Drake found me, started talking to me, realised who I was and we started reminiscing about high school. Not sure why, high school wasn’t a highlight for me but hey, if it meant me talking to Drake, longer than six seconds, I would embrace my negative memories of that hellhole.

So, Sav caught us talking away, out back on the swing seat. I had a glass of wine, he had a bottle of lager and we were talking away like, well I can’t say like old times coz we never talked like old times, but it felt like it could have been like the old times. It was a good feeling to talk with a guy who wasn’t predominantly about sex. Well, again, he could have been trying to lure me into a false sense of security, grooming me for later on, but I couldn’t feel it. Sav made a lame cough and we turned to look at her. Sav could have killed me with her stare. Drake saw it, tried to sugar coat the situation saying we were only talking which is true, we were. There was nothing sexual happening between us, as much as I would have liked it, to be honest.

From then on, Sav seemed different and she felt different because she saw me as a threat. It kinda made me a little happier about everything. I haven’t got the best track record with guys because I have been the outsider most of my life but hey. So my conclusion is, the fight between Sav and I which has now incorporated Matt and Bridget, is over a guy. A guy called Drake Meadows.

2231 and I felt thirsty. I walked out of my bedroom and down the darkened hallway. The curtains were still open so no-one had bothered to keep the warmth in, one of my pet hates. And the realisation that it was cold, had hit me. I wrapped my arms around me and moved into the kitchen. I could hear giggles, followed by a deep manly voice. I tiptoed to the kitchen window and peered out. In the same spot as a few weeks ago on the swing set, sat Sav and Drake. I felt a kick in the guts, like Sav had planned this almost. I swallowed my pride and moved away from the window. I need to forget this image. I also need to remember that whatever Drake and I shared that night, was platonic.

Still feel like I had been stood on. I grabbed me a glass of water and headed back to my room. You know one thing that makes me happy when shit hits the fan? Listening to music. One group at the moment has been tickling my insides (in more ways than one, ‘scuse my humour). Blue. Their lyrics, their music, their vibes, serenade me like no tomorrow. My bedroom isn’t that far from the swing seat so all I have to do, to interrupt their date is play my music. It might do the opposite though, might implement it. I disregard that idea but still follow on with playing with my music.

Just as I returned to my room, my phone starts ringing. It’s Matt – Bridget’s boyfriend. Why does he want to talk to me? I answer the call.

“Can you come down to the club?” she asked, disregarding my question. “A fight has broken out, Matt’s injured, police are here. I need you. Sav’s too busy macking out on Drake.”

Whomp, there it is. Again, someone had to point out something I was trying my hardest to not think about until I needed to think about it again.

Bridget’s probably drunk and that’s perfectly fine but I do feel honoured she’s referred to me as a friend even though this week she’s treated me like an enemy.

I hanged up. Wow, not even midnight and a fight’s broken out, down at the club. Things never change. Here I go.