by Gloria Michael 2 months ago in Short Story
Report Story 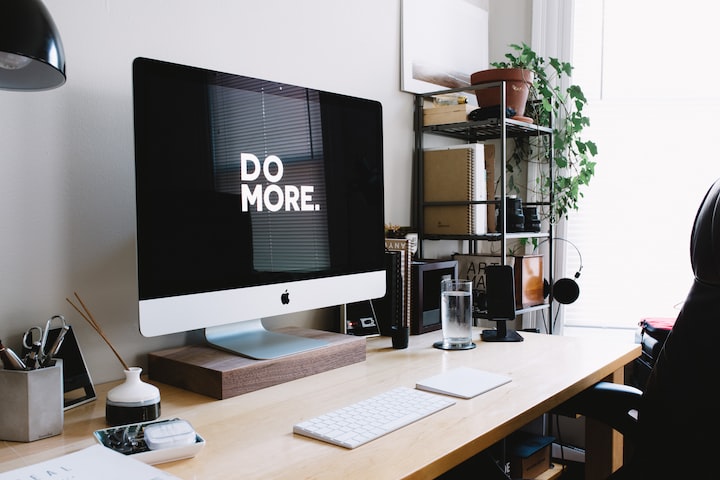 Photo by Carl Heyerdahl on Unsplash

In a small town, there are three main types of people that live around. One would be the kind of person who loves nature and loves animals and has an art appreciation. Another would be the type of person who would work hard at everything they did and was determined to achieve their dreams. And finally, there is another type of person that was born into this world and never really had any expectations for what to do with their life.

This type of person lived a simple life, doing nothing special but enjoying all of the things that others didn't enjoy. They were content and happy with everything in their life until someday they got fed up and started asking what's the purpose of life?.

The boy's name was Sam Wilson. He was a normal high school student living his life, just as he planned it. His life was good, but there was always some part that seemed missing from it, which wasn't like him. Every day he felt like something was missing. He couldn't describe how exactly but he knew what he missed and he hated that feeling. As if he was looking into the future and saw his death and he wasn't sure how or why or even if he deserved to die because he still had so much to experience in this world, in his short time here.

Sam loved the woods. He loved being outside, running through them and climbing trees like they were nothing. He could run faster than anyone else in school, almost surpassing his peers. He had a great imagination and liked making up stories about the different creatures in the forest, whether they be fictional or not. However, Sam also had a deep sense of sadness and loneliness that caused him to feel that something was missing from his life, but he had no idea what it was.

He didn't know how or why he felt such things but the only thing he knew was that every day without fail, he would wake up feeling empty. The emptiness wouldn't last long though because the next morning he'd go back to the way things were, smiling and joking with his friends, laughing loudly and acting stupid. But today, despite everything Sam tried to keep his face and smile bright, he couldn't help but let out a quiet groan. Why was something wrong with him?

Sam sighed deeply while staring at the sky. "I'm so alone," he thought. "I need to find somebody or something that will make me feel less lonely." Suddenly, he heard a loud sound coming from behind him. Turning his head slightly, Sam looked behind him and froze, trying to figure out where the noise was coming from. It took him longer than expected but eventually, he found the source, a large black bird with blue patterns flying in his direction.

Sam stared wide-eyed at the bird while slowly backing away. What on Earth could be making such a loud noise in the middle of the afternoon? He looked around and tried to find the source of the noises but he didn't have enough time since the bird had already reached him and grabbed him by the hair.

"Let go!" Sam shouted and struggled against the grip. The bird flew further away but kept Sam captive in its talons. Sam tried pulling himself away from the grip but it only made the grip stronger. Looking up, Sam saw that he was already on top of a tree branch that was far too high up to get down from and he knew that jumping would probably cause him to break his leg or worse, fall to the ground below.

"What the hell are you?" Sam screamed. A second later the bird flew back toward him with a piece of cloth attached to it. As the bird got closer Sam realized it was a piece of his uniform.

"Why would you take my uniform?" Sam cried as he watched the bird put the cloth over his head and then tied a knot at the back. When it was done, Sam fell backwards from the branch and landed harshly on his back. For a brief moment, he thought he would lose consciousness but quickly regained his senses. Sam looked at the bird and realized that it was gone.

"Whoa! Where did it go?" Sam whispered. After a few seconds, his eyes fell on his bag and he smiled widely when he remembered it was right next to him.

Sam sat there for a while, catching his breath when an idea popped into his head "animals" he thought. If I can talk to them, maybe they can tell me what's wrong, maybe I could build an advanced way humans can communicate with animals" With renewed determination, Sam opened his backpack and started rummaging through it. He found some snacks and water and after eating both of these he looked again for anything useful and finally found his sketchbook. He flipped through the pages but stopped when he came across a drawing that captured his attention immediately.

It was a picture of the communication machine he built once, now he can finally improve his invention. Now he has a purpose, no longer feeling empty. He has some work to do.