A Boy and His Familiar

by Fiona Teddy-Jimoh 8 months ago in Fable
Report Story

He hoped he could live long enough to tell the tale. 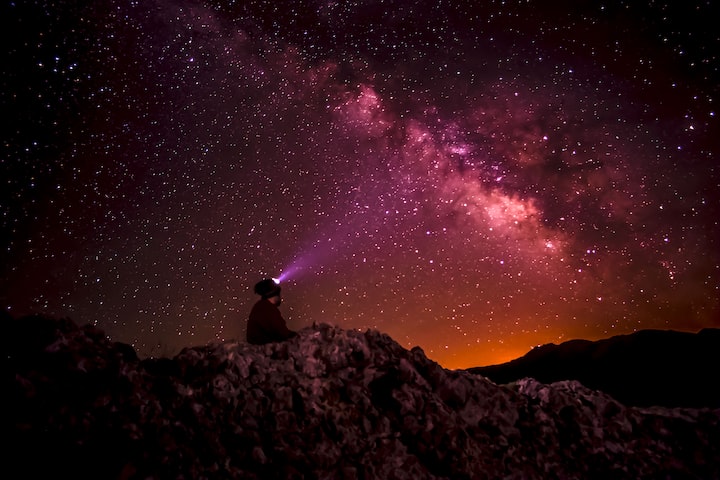 Photo by Manouchehr Hejazi on Unsplash

His mother and father were murdered by the hands of the mortals when he was very young.

He had no pictures of them, just a few sketches his older sister had drawn from memory to stop him from crying so much at night. As his age and grief grew older, his sister would tell him stories of their late parents during morning walks along the misty cyan lakes and dying lavender fields.

She told him stories of how their mother would make the most delicious bread and butter pudding when they stole a stale loaf from the mortal markets. Or how their father would study dated maps etched with treacherous routes to the Blessed Forests of Customs – the last surviving continent reserved for the Anima people. It was where the rich, royal or lucky were born. A place that knew war and suffering far less than the Anima people who took their first breath on dangerous mortal lands.

In the evenings he sat close to the fire outside their hut and listened intently to his sister’s teachings of their people, magic, and familiars. Once he learned that the Realm of the Eternal held many different types of familiars that fell into five families:

The Owl – The wisest of all the familiars. There was no special prerequisite to why someone may be born with an owl type, since wisdom came in all matter of ways. Whether you were fated to be rich or poor, loved or despised, good or evil, the owl did not discriminate. Some even believed that certain mortals that sympathised with the Anima people were guided by an owl type. Of course, that had never been proven.

The Deer – Those gentle and spiritually connected to the Realm of the Eternal from the vantage point of the earthly world were acquaintance with a deer type. You could usually tell from their young age if they would later become an Anima Elder, mother, or die very suddenly as they always carried an aura of deep unconditional love and intuition. He was convinced that his sister’s familiar was a deer.

The Cat – Usually reserved to that of royal descent. Anima people born with a cat familiar were elegant and crafty by nature. Evading death time and time again through the loyalty and protection of their subjects, a few destined to become an Anima Elder also had cat familiars.

The Serpent – Sometimes cruel, often misunderstood. Anima people born with a serpent type were complex individuals that took on the earthly world with an air of caution. Similar to the Cat, the Serpent had a way of evading death, but not through the loyalty and protection of their subjects, but rather through the art of reinventing their way of life - in the same way a serpent sheds their skin to become anew.

The Fish – It was generally taught by the Anima Elders that all mortals were born with a familiar too, though the mortals either did not know it, or they did not want to believe it. Fish familiars followed all that carried some sort of semi-conscious numbness towards the Realm of the Eternal. Anima people with very weak magical strength were often accompanied with a fish type too.

They say you only meet your familiar twice in your life – the moment when you are born and the moment when you have died. However, once in a millennium that lore is broken, and your familiar will make their celestial presence known to you during your lucid time on the earthly world. They may speak to you and through you. Appear in a reflection and guide you in some way in a moment of great peril - or at least that is what the Anima Elders would teach you.

No one had lived long enough to tell the tale.

So, when the mortals identified his sister as a jinx (a derogatory term towards the Anima people) during one of their stealthy visits to the mortal markets to steal some bread, he could hardly believe what he saw.

The air was frosty and the sky shimmered with stars. Her face was the softest heart and her wingspan that of a thousand dying angels. Her coat radiated amber and her hiss a painful shrill. His familiar was a barn owl – a sensible and intelligent bird that hailed from the Owl family.

His feet began to move as if by magic.

He ran from the mortals who had grabbed his sister and executed her right where she stood. He ran as fast as he could away from the mortal markets and as he ran, through the grief and tears, he realised that he was the once in a millennium circumstance where a familiar made their celestial presence known in a moment of great peril during his lucid time on the earthly world.

He hoped he could live long enough to tell the tale.

More stories from Fiona Teddy-Jimoh and writers in Fiction and other communities.