You can't Hurt Me I lost Someone I Didn't Even Get to Say Goodbye too.

by Avril Doucette 8 months ago in grief
Report Story 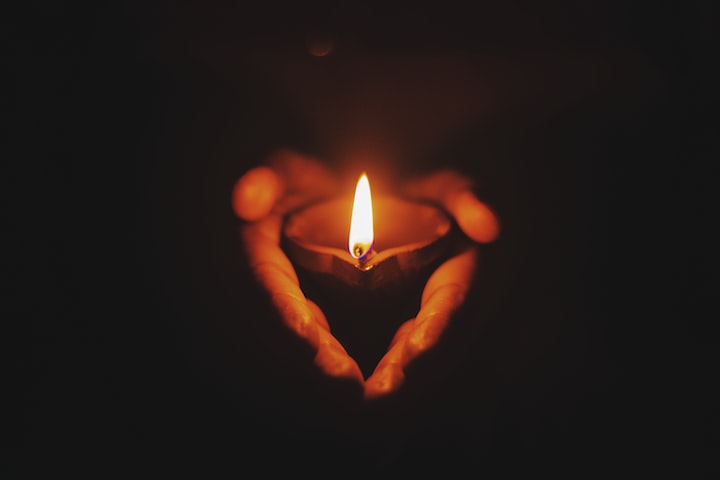 Photo by Prateek Gautam on Unsplash

Throughout my young life I decided at a young age I would be driven, ambitious and an overachiever. I wanted to get alot done when I was young so, I guess that it was done and out of the way. Maybe, I felt pressure from my parents as they were older and the fact was I wanted them to see me accomplish a lot throughout their lifetimes. I wanted them to be in awe of how wonderful and driven their daughter was. When I look at my life now and some of the things I have accomplished, I am definitely proud of myself and my hard work.

One of my biggest life achievements are my children. Not going to lie, they are sweet, kind, beautiful and respectful. Both of them are very well behaved and they are just simply amazing. I am very proud of them and all that they will accomplish throughout their lifetimes as well. My biggest hurt was when their father passed away. We got married when we were both young. He proposed when I was 20 years old, after we had gotten news that I was pregnant with our daughter Madison.

Through that time however we had buried my mother, his sister and his uncle as well as my grandfather. It was one of the most painful 6 months of our marriage. What didn't help was the friends we had around us also. They weren't supportive of us, they were disrespectful and rude. To be honest they ripped us apart alot. When we just wanted to be together and heal together. The phone would ring for him to go off to sports or an event. I was always left alone with the kids. Not a very healthy dynamic.

We drifted apart very far, and we had two children, a son and a daughter. These were everything I worked hard for; we weren't the richest people. He had a lot going on through his trauma that was unhealed and myself also. He would try and something would happen, or a friend or family member and things would break down again. I raised the children a majority on my own working long hours and paying for child care in order to support them. He went away for work to try to get himself back on his feet for the kids.

He came by once and awhile to see them when he could. One night I talked to him, he said promise you'll take care of the kids for me. I said "Alright, I promise" He kept repeating it over and over. I told him to leave me alone, I needed to sleep to get up with the kids. I reached over for my phone at 8 am and saw 11 missed calls, and numerous voicemails. I checked my voicemail..."We airlifted him, there's been an accident"....then his family called me....I sat in shock. I suffered PTSD as a child, so it set in at that moment. His cousin came to pick me up and dropped my kids off at my mom's.

I got into the hospital and sat in his room, where he was lying in the hospital bed. A breathing tube shoved down his throat, and on oxygen. I leaned over and talked in his ear. His body flinched and jumped up. I nearly fainted. They got me to a room, where his family was and they all sat together. I went to the room, and his mother and father came in. Said hello to me and then walked into the room. The doctor made an analysis that afternoon and called us all into the room together. They said that he was permanently brain dead, they hoped he was alive but he had died.

I punched the chair, crying out in pain. His family tried to comfort me, but it wasn't any use. It was at that moment my heart had broken beyond repair. And that is why no one can hurt me, because I lost someone that I had never even gotten to say goodbye too. Did it break for me? It was more for his children. The children that would never have their father again, for the life and happily ever after that I dreamt of in my mind. That was so far from reality today, that would never occur for these children ever at all.

It broke for my two children that would have to deal with the trauma of never having a father. Never walking with him down the aisle, never calling when they needed help or to talk. The pain that they would have to feel when they had seen other kids with their fathers. Yes my heart completely shattered, then it broke....eventually it mended and forged a woman so strong no one could stop. But at that moment I was beyond fragile.

More stories from Avril Doucette and writers in Families and other communities.