What I learned while writing my dad's eulogy

by D-Donohoe 2 months ago in grief
Report Story 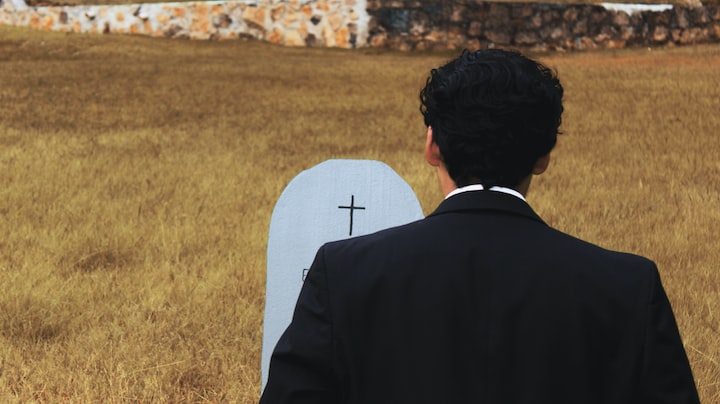 Photo by Samuel Rios on Unsplash

Dad dying came as a shock to us all. In truth, all of us, Mom included, thought that Mom would have died first. Dad had been diabetic for about 30 years, but he’d managed it, went for regular check-ups, and was relatively fit. But we didn’t know he had heart disease, or that he’d had a previous heart attack (apparently, he didn’t know that one either). So, when he went for a motorbike ride with his buddies that January day, he didn’t come home.

The next week or so was a bit of a blur. There were a lot of things to get sorted, including the funeral. As the only son, it was a natural choice that I would do the eulogy. In the early planning stages, Mom and I had an argument, during which she said, “You didn’t know your father like I did”. Those words really cut, I mean Dad and I hadn’t been close when I was growing up, but over the last few years we had gotten closer, and I really valued that. I couldn’t believe that Mom would say that I didn’t know my own dad. But the funny thing is, as I started to do some research for the eulogy, I found out things I didn’t know about him, and I wished I had known them sooner.

There were parallels between our lives

My dad was a surveyor and had been one all his working life, it was the perfect job for someone like him. I had assumed that was a career Dad had dreamed about his whole life. But it turns out that growing up he’d always wanted to be a mechanical engineer. Dad knew his family couldn’t afford to send him to university, so Dad was going to join the air force. That way he could gain his qualifications for free. My grandad wouldn’t let Dad join the air force, so he had to find another career, and that’s how he ended up becoming a surveyor.

I studied computer systems engineering. When I graduated, I didn’t go into engineering, instead, I took a different career path (we will get into that shortly). It was obvious that Dad wasn’t happy that I wasn’t working in the engineering field, but he did let me provide constant IT support for him. His childhood love of mechanical engineering did explain why he always loved working on cars and motorbikes though. That was something he never let go of.

He was a bit of a wild child

I knew that Dad had a few run-ins with the law when he was younger, but I never knew too much about the specifics. Then I heard the story about how Dad had been keen on a young lady in town, but it turned out that a local policeman was also keen on this lady. As a result, Dad ended up drawing the attention of this policeman, resulting in Dad losing his driver's license and developing a life-long distrust of the police.

Now we mentioned that I took a different career path when I graduated with my engineering degree, well I ended up becoming a police officer. So, I guess Dad wasn’t keen on my career choice not just because I wasn’t working as an engineer. Over the years he accepted my profession and my colleagues, but it was a long slow slog. Every now and then he’d have a dig about police corruption, but mostly he was silently supportive, especially when I worked at the drug squad. Dad had a very strong dislike for those that peddled drugs.

Like me, he didn’t always listen to his dad

When Mom and Dad got married, they had to drive back to the other side of the country where Dad was working. Grandad was worried that Dad’s F100 didn’t have any seatbelts, so Grandad insisted that Dad buy seatbelts for his truck. Dad listened to Grandad and bought those seatbelts… He just never bothered to fit them before the journey.

About 500 miles from their destination, they had an accident, which resulted in Mom hitting her head on the dashboard. Dad was beside himself, partially worried about Mom, but more worried that Grandad would find out he didn’t heed his words. Apparently, Grandad died none the wiser, but it was nice to know that Dad could do silly things just like me.

I can probably understand him never sharing that story with me, it would have resulted in a lot of "Yeah Dad, remember that time you didn't put in the seatbelts like Grandad told you to?"

He was a romantic

Now I’ve written before about how much of an introvert Dad was. Growing up nobody explained what an introvert was, I just thought he was cranky all the time. I also didn’t see him and Mom as being that affectionate towards each other. Then I learn about his hidden romantic side.

Turns out that in addition to remembering wedding anniversaries and birthdays, Dad would also always mark two other special days. For Dad, it was the day that he met Mom and the day that she first met up with him to travel across the country. Dad’s job meant he worked away a lot, so, if he was going to be away, he would leave a present hidden for Mom. I just can’t believe he kept this romantic side hidden.

In the time since his passing, I’ve spoken to a lot of his friends. They all gave me insight into what sort of a person my dad was. He was respected, and people valued his friendship. I am proud to say he was my dad.

More stories from D-Donohoe and writers in Families and other communities.