by Jo Clarke 10 days ago in children 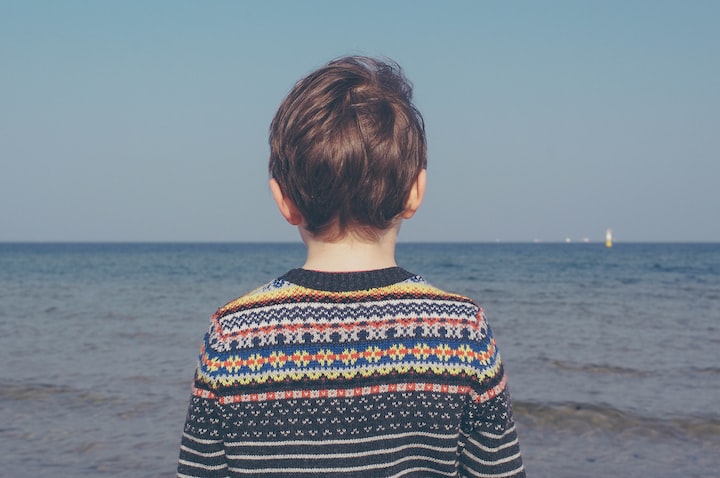 Photo by Michał Parzuchowski on Unsplash

The harsh reality of it was as close to depression as I've ever come. It is not a place I would return to.

As a first time mother to a young boy, I found that my troubles were financial. I was in a rather good place as his dad and I had remained together and he had started working in a low-paying retail job to help us cover bills and other payments. However, it wasn't enough. I began scouring the internet for any jobs that would take me on as this would have been my first since leaving college (I'm a young mum). I pushed myself into a 40 hour a week job in a fast food restaurant for next to nothing just to keep us floating.

And luckily for us we were living with a relative of the father's who helped with childcare when neither of us were able to have a day off. I began working more than my partner and it turned out that my job was bringing in the most money, which then it became a nescesity that I kept going and my partner could hang back a little.

I worked for this company for ten long and hard months before I quit. I hardly spent time at home, I barely saw my little family, I felt my sanity slipping from me. My son, who was two months away from turning two years old, had began to attach himself to people in the house and it happened to be the relative who we lived with. Don't get me wrong, I'm thrilled that they have such a great relationship (and three years on they still do), but it bothered me that he would favour this relative over his own mother.

The fact that he would often mistake and call the relative "mum" broke me. When I wanted to take him out on my day off, he would scream and cry that he had to leave the relative, he would only eat or drink anything if the relative made it, he wouldn't cuddle me or kiss me or listen to me. It was frustrating! It got to the point that I couldn't chastise my own child. For everybody wondering what his dad had to say, he was just happy he didn't have to lift a finger at the time. For at least a year and a half, on my days off, he would spent his time upstairs with this relative watching television and playing games, bawling when he had to come downstairs and spent time with his parents. I sometimes felt like I was paying for somebody else's child.

It was around January 2017 that I quit my job to spend more time at home and learn more about my son. Fortunately, I had two and a half great months before I was financially unable to support us again and had to return to the same company in April that same year.

I felt like old habits were slowly slipping in once again so I quit that job in September and gained a better paying but lower hours job with a company that actually cared, listened and helped.

Children can be fickle and children don't understand the emotions they can inflict upon people. That's fine. If I was in that position ever again, I would do things so much differently.

"Never forget what you are; the world will not"

See all posts by Jo Clarke →