The Living Belongs With The Living

by J. Delaney-Howe 11 months ago in parents · updated about a month ago
Report Story 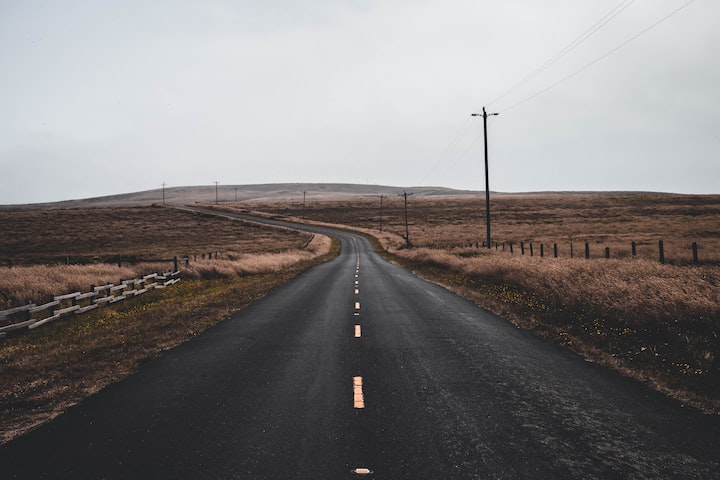 Photo by Jake Blucker on Unsplash

I have this hat. Its life has long passed, and it isn't even wearable anymore. This hat is threadbare and ripping apart at the seams. I have another hat similar to it that is still wearable. It's the hat that I wear on my head all the time. There is nothing exceptional about either cap. Just a couple of camouflage hats, like any other one. It has a couple of stains on it, and it smells funky on warm days. (I do wash it when it gets like that). The value of this hat for me is the memories associated with it.

I used to take my boys to Bass Pro Shops now and then. To get out of the house on rainy days. To see the latest and greatest outdoor stuff. To play the arcade games, make big plans about the camping trips we would go on, and which tents we would want. This particular time, my father wanted to come.

I knew he wasn't up for it-it was an hour's drive. He was in a wheelchair after a recent amputation due to illness. But I wasn't going to tell him no. When we got to his house to pick him up, he insisted that HE use his slide board, and HE got into the car on his own. I think part of it was he wanted to be strong in front of the kids and show them he was okay. I think the other part was he wanted to show me. He saw the look on my face. It wasn't pitying, and I hope he knew that. I was hurting for him. My heart felt his struggles. And now, with struggles of my own and coming to terms with my limitations, I remember his strength and determination. So we began our journey. We stopped at Dunkin for some coffee and laughed and joked with the kids the whole way there.

It was a fun trip. He kicked the boys' asses at the hunting arcade, which no doubt elevated him to a higher place in my boys' minds. He wasn't just my hero and my brother's hero; he was my sons' hero as well. It was during this trip that I bought these two hats. This was to be the last outing we would take with my father. He died later that year. And I have had one of these hats on since.

This past summer, driving down a backcountry road with the windows down and the sun on my face, my hat flew out the window. We were going fast, and there was a truck behind us, so that we couldn't stop. And I cried. It wasn't because I lost the hat itself. It was because I felt like I was losing one of the last pieces of my dad I had left. (Yes, I got it back. My husband pulled over on the side of the road on our way back so I could get it.) It was in trying to explain to him why I was so upset that I realized something. I held on to things associated with my dad because I never really made peace with his passing. I wasn't ready for him to leave. We were beginning to forge out a relationship. I still needed him. So in some way, these things helped me feel like I was still holding on to him. I still have a set of his truck keys that I have thrown away a few times. (I don't think he knows I know, but I am pretty sure my husband took them out of the trash once too)

I remember a quote said to me by a wise older man who had lived a lot of life. After a death in his family, this family patriarch told me, "the dead belong with the dead. But the living- they belong with the living." I dismissed it as part of his old-world charm and wisdom and never gave it much thought. But that resonates with me so much now. Grief is a paralyzing thing sometimes. It is lonely. It is exhausting. And it has no time frame. But if we get caught up in the loss, it is easy for parts of us to die. Life is still going on. Death is a very real, very constant part of life.

I've learned that dwelling on the loss, getting stuck in grief, keeps you in this weird in-between space. Life and living are muddled, and death is always on the mind. I keep those words in my mind constantly. "But the living-they belong with the living." That is precisely how my father would have wanted it to be. You have to live while you are still living.

It has been ten years since my dad passed. Some days it seems so long ago. Others, like today, the hurt and the missing him feel just like it did when I woke up the morning after he passed. In these ten years, though, I have come to understand my father so much more thoroughly. I think that happens to fathers and sons when the sons have sons of their own. I wish he were here so I could tell him, "Dad, I see you. I get you. And I'm sorry."

I will miss my dad until I see him again. That's a given. And he was such a massive presence in this family. But I am still alive. And I know in my heart, all the turmoil and sadness and insanity he experienced in his life is gone. I hope he is spending his time fishing in the next life. He loved that.

I will keep the hats, even after I can't wear them. And I still have his truck keys to a truck that doesn't exist anymore. Not because they are a shrine to his death, but as a way to honor the life he lived when he was with the living. To keep his memory and all the great memories we have with him alive.

Thank you for reading my work! If you would like to check out more, view my profile. Every read is appreciated!

This piece is also on Medium.

More stories from J. Delaney-Howe and writers in Families and other communities.