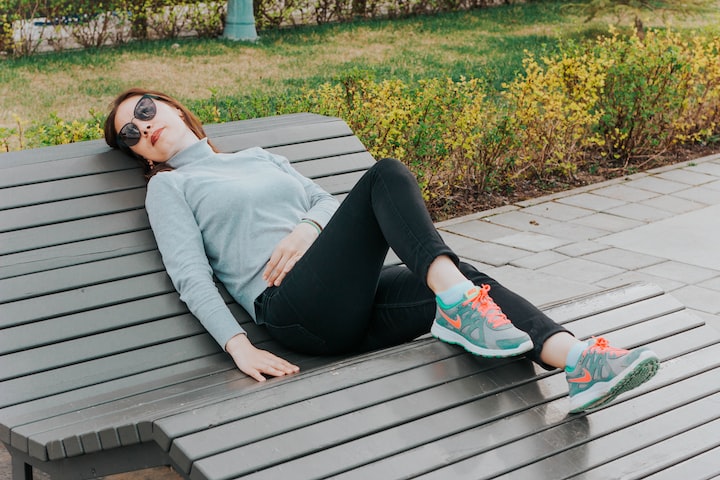 Photo by Timur Romanov on Unsplash

All of us have an escape fantasy. You know the one where you get in the car and drive away. You leave everything behind and start new, somewhere where no one knows your name. Mine involves driving down the highway until I find a quaint little town. I will become a waitress at a small diner and everyone in town will wonder who I am or where I came from. I will keep to myself though, renting a studio apartment and reading books in my solitude. All of my troubles would just disappear with my old identity.

This is my version, but we all have our own. I'm sure it started when we were young and considered running away at least once. Back then it was to a treehouse or an empty lot, where we would set up a new life and our parents would be sorry! Mine developed a new narrative as I started having kids. The frantic pace and sleepless nights took a toll on me and my fantasy became more detailed. As I raised all five of them and made it through their teen years, that fantasy helped me keep my sanity. Of course, I didn't want to leave my kids and I knew it would break my heart to be away from them. I just wanted some quiet and some peace for my soul.

I was sitting in a restaurant once and the kids were being noisy and the atmosphere was chaotic. I saw a woman across the restaurant and she sat eating her food with a blank expression. She was with her family also and she looked tired, but worse than that were her eyes. She had the saddest eyes I had ever seen and I knew instantly her soul was tired. That's when I realized she looked how I felt. It is a weariness that sleep cannot cure and it is what powers the escape fantasy. Since then I have seen many women throughout the years who have this same expression. Every time I want to go and hug them and tell them everything will get better. I don't do it though, because I honestly don't know it will be. I don't know what their life is like, I only know what my own is like.

One day though it hit me like a wrecking ball! My kids weren't the reason my escape fantasy was getting so out of hand. It was my then husband who was causing all of my stress. It was my job and it was the adults in my life who were making me miserable and I was allowing it. I was allowing my husband to saddle me with all of the responsibility. I would work full time and make dinner and do laundry and make sure the bills were paid and keep the house clean. I wanted these five kids to have a hot meal and clean clothes, I wanted them to have a roof over their heads and electricity. It was my responsibility, but he didn't share in any of it. Instead he let me take care of everything, including him. I had a sixth child.

When I would ask my boss at work for a raise, I would be told it wasn't in the budget. The teachers were sending home so much homework, that I would have to spend at least an hour every night making sure it got done. One time I actually stayed up late to build a diorama for my third grader and I actually felt proud of myself for getting a B, although I felt like I deserved an A. It was madness!

I was fantasying about being able to read a book and take a bath without interruption. That was my ultimate fantasy and that is sad. It was in that moment of realization that these words had a profound affect on my life. No one can change your life, but you.

Now I'm not going to lie, I still have the escape fantasy every once in a while. It wasn't easy to change my life, but I did. I no longer accepted responsibility for my husbands needs. A divorce followed quickly after that, because the fighting got out of hand. Every time he accused me of changing, I gratefully accepted the insult as a compliment. I changed jobs and put my foot down in so many different areas.

My new life is wonderful and I took chances that scared me, but I would gladly do it all over again. I only have this one chance to make myself happy. Last month I bought myself tap dance shoes, because I realized I don't know how to tap dance. I might want to become a beekeeper some day or raise chickens. I might want to travel around the world or simply plant a garden. What ever I choose to do though one thing is very clear to me. My soul is no longer tired and next time I see someone with that look I am going to tell them, everything is going to be alright.

More stories from Shawna McCord Bennett and writers in Families and other communities.