On being a father of eight

and why you should Kiss Through The Crisis 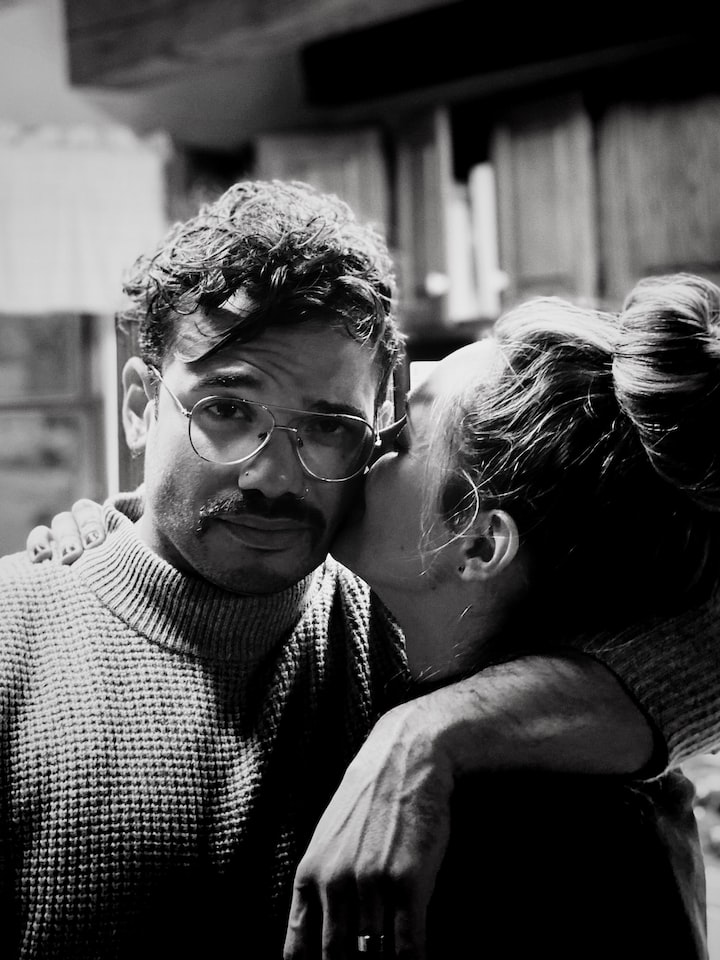 I’m thirty-four and I have eight children aged between one and fourteen.

Most of my learning as a parent has been unexpected, and I’ve often felt like someone winning the lottery or performing CPR for the first time; in the twinkling of an eye I’ve faced brand new privileges that require responsibility that far outweighs my experience. Through all this I have discovered a hidden elixir perfect for surviving family life, especially crises, which I'll explain in a moment.

First, back to the beginning.

At twenty I hadn’t read any books on parenting or even seen a friend or family member become pregnant and raise a child. In fact, I don’t think I’d ever held a baby (and enjoyed it), yet here I was driving home from hospital with my wife and child number one.

I was delighted but utterly bewildered at this epic responsibility to keep alive a small human being. Quite soon there were two, three, four, five, six, seven and eight and I hardly felt like I’d recovered from the first.

It is not that common in western culture to have large families and we’re usually in the minority having to explain ‘how it happened’, so I always remember encouragement. One of my most memorable affirmations was from a fellow father I met in a gypsy village in Bulgaria. He asked about my family and when I told him he laughed hysterically.

I suddenly felt at home in a way I didn’t in middle-class England, and I was quite happy with that.

However, the most valuable thing I’ve learnt so far has come from my wife. It takes focus, self-denial, and most importantly, lips.

Let me illustrate with a true story.

My wife and I along with our seven children were living overseas in a borrowed trailer and tent because we couldn’t afford housing. Two kids were in nappies and we’d been waiting, hoping and praying for a solution for six weeks when we experienced our first rainstorm.

The eldest four children aged ten, nine, seven and six were sleeping in the tent. It leaked on the first night. After a frantic repair attempt at 1 am, I was drenched. The following morning I found their airbeds along with their precious few belongings sitting in pools of water. I was desperate. We were already struggling for cash, sometimes eating porridge for breakfast and lunch.

The day after the rainstorm was wet and our toddler was outside playing in the mud. My repair on the tent had failed and the kids’ air beds had punctures. It was porridge for lunch, again. I stood in the narrow doorway of our trailer looking out over our camp wondering what to do. It was a crisis moment.

It was then that my wife suggested kissing.

How irrelevant, I thought. I want to sort this mess out. Kissing is for good times!

But listen, as much as I might love action, it’s not always the right response. Sometimes the right thing is to Kiss Through The Crisis.

Somehow there was just enough grace for me to forsake my anxiety disguised as fatherhood responsibility, and accept she was right. So we did.

And the hopelessness began to fade.

The more passionate, the more effective. And I saw the amazement and surprise on my children’s faces and we kept kissing, unashamed of our circumstances. It’s a practice we’ve continued much to our children’s horror and delight, through all types of crises.

Just last week encircled by surfaces stacked with dishes and pans to the sound of distant screaming, we kissed and held each other tight in our tiny kitchen. An older child appeared at the door and slid away embarrassed, but still went to get the others. Each in turn their faces appeared for as long a glimpse as they could bear. We were quite willing to oblige.

Fourteen years on, I have now read a number of parenting books. I’ve also seen many others have and raise their own children. But still, nothing compares with the power of my own actions when it matters most.

Lips are intimate and delicate. They are filled with blood and nerve endings that enable you to form words. Mutually applied, our lips create a unparalleled message to us and our children that there is something bigger than any crisis.

NEXT: "Finding courage & clarity through messes you can't control"

READ MY BOOK: SOS Parenting: How to find hope, inspiration and courage to love and lead your family through crisis

Tim is UK-based writer of all things family, faith and adventure.

More stories from Tim Boxer and writers in Families and other communities.