I'm a Strong Woman because Strong Women Raised Me

by Avril Doucette 8 months ago in immediate family 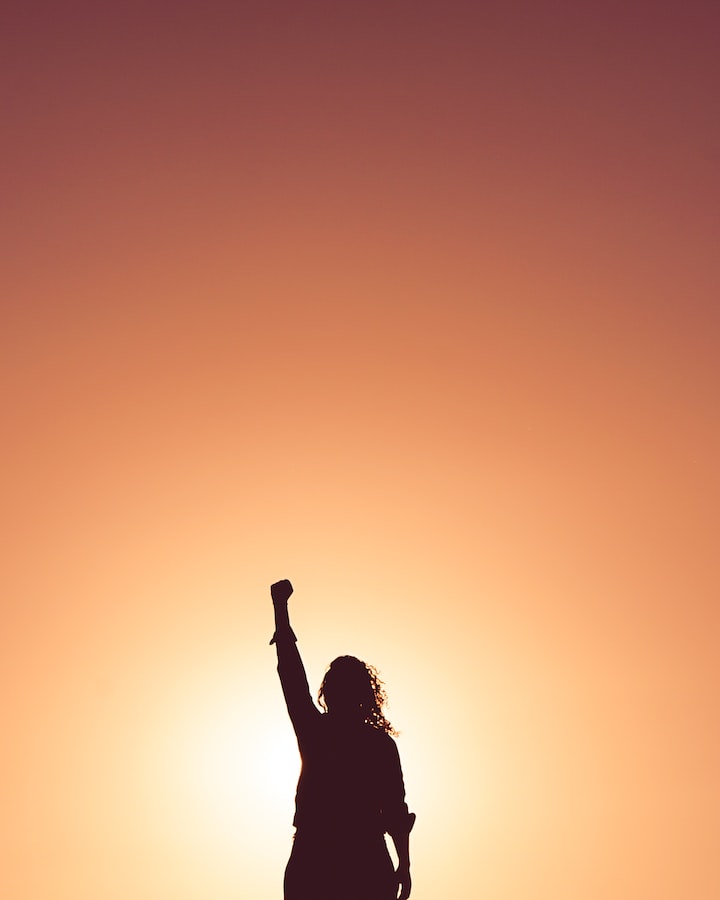 Photo by Miguel Bruna on Unsplash

We are carried in the womb for a period usually of nine months. During that time our lives are affected heavily by the woman who is carrying us in our womb. We are influenced heavily by her emotions, nutrition, mindset and her surroundings. If we dive deep into spirituality and science the DNA is passed down to us through the maternal bond from a mother and a child. The mother influences the child long before birth even occurs, the impact of a mother can influence the child forever.

I am a Half-Native American and French woman. My mother is Woods Cree and my father French Canadian a descendant from France. Native American culture has heavily influenced my mindset, work ethic and also my ability to stay strong. The ability to adapt to any situation thrown my way, to overcome the negative feelings and emotions and to push through any obstacles strongly. I am proud to be a Native American woman and to be a "Warrior" at Spirit and also in my heart. My culture has developed my identity and my tough spirit.

My grandmother was a "Survivor" of a Native American residential School. My mother, Aunt and Uncle all live on the family farm which is on a "Settlement". I had to overcome discrimination, stereotypes and the generational trama throughout my life. I had seen through my family the pain, hurt and chaos as a result of the geneocide Native American had occurred. I chose though not to allow it to make me feel sympathy, but to choose to face the challenge head on. I had the opportunity at a young age to witness; racism, stereotypes, colonization and more. It in the end was a gift of great strength and compassion towards my Culture.

The women on my Native American side I can call at anytime of the day or night. They will comfort, push and kick my butt verbally over the phone. They will allow me to cry a bit, before pushing me. They understand my full potential and will never allow me to be nothing less than the amazing woman that I am. A strong Native American Woman who is living her best life and to the fullest everyday. I will never forget the time I had a car accident and called home. I had 7 disc bulges in my back and 17 major injuries along with two now disabled children to care for. I was crying due to the fact my spinal cord was twisted in my back. Everytime I had called they had offered me encouragement, empathy and support.

I am so grateful for the warriors I call mother, cousin, sister, aunt and niece. Just like a saying my father says; "When the going gets tough, the tough get going." The women in my family would always go and make things happen. Whether it be money needed for a funeral, move or education. We would always come through for one another. This is why I am a strong woman, the mountains I have may be huge but we always overcome them.

My mother and father broke up when I was young so I had the opportunity of having both a birth mother and step-mother. The dynamic was very different, my mother was Native American and my Step-mother was ukranian. My Mother was a waitress and my Step-mother was a Businesswoman. The dynamic helped me to grow diversified as a woman, the emotional strength to get through issues and problems, and the intelligence to get through studies, financial or business problems.

They were night and day but I am grateful for the two women that I call my "Mom". I hit the jackpot with the ability to write two cards, celebrate two women for two different reasons. Of course it wasn't always sunny, we had several problems; running away, arguments, etc. But let's be honest, what family doesn't have some sort of dynamic ? Considering the 3,000 years of generational trauma I am surprised how little conflict we actually had. My family dynamic shaped me to prepare myself for everyday life and success.

How also it is that mother's and women in the family always seemed to have the capability to pull any meal together, when there seemed like no food was in the house? That magical ability to make anything happen and get anything done. When it had seemed like there were 100 tasks and mom flew through the list like it was easy....SuperWoman I called her, flawless and super hero like. It wasn't until I moved out I realized that I had become just like them. I had the ability to get things done and make things happen too, from a meal that consisted of veggies, rice and beans to the ability to multitask through 100 tasks at the same time. The ability to move multiple times through countries to chase my dreams, fall down and get up 100 times.....again and again.

My aunties, cousins and mother had also shown me that strong and independent women had always stayed their own ground. Didn't tolerate less from a man then her worth, allowed his actions to show how he felt. This one time my mother gave my father the silent treatment for the way he treated her and it took forever to get himself out of the doghouse. I even remember him getting me to help him by getting me to talk to her for him.

Or when my other mother had a boyfriend, and he tried getting her to pay for dinner or the bills. Not to say they weren't successful and didn't have money but they embodied their feminine side as well as their masculine side. Which I still allow a man to be a man who is in my life. I am not so interested in the de-masculinization of males. They both showed me the dynamic of a female and male within a relationship. Which gratefully I can handle the dynamic today....not to overpower my counterpart with masculine energy. Placing him into feminine energy, to be that woman for him to fulfill all of his wants and needs. Still allowing him to provide, lead and protect.

As I sit here now as an adult woman writing this story. I fully realize we teach our sons who to look for in a partner. We teach our daughters how strong to become. We teach them the lessons through our simple everyday lives. We teach through our bravery like all of the strong women who raised me. They taught me self-worth, self-care, independence, self-reliance, self-respect and to make things happen. I am so grateful for the women in my life that have blessed me with examples so that I could become the woman I am today. I love the wild, loving, nurturing and independent woman I am. That will never settle nor take anyone's shit.

Read next: The Five Hearts