Growing Up With a Single Mom

by Nat 4 months ago in adoption
Report Story

Being adopted into a single-parent family was probably one of the best things that could have happened to me. 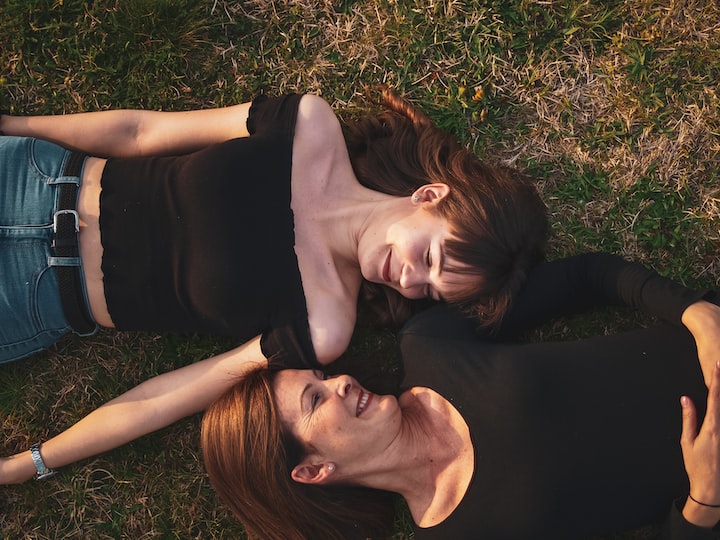 Photo by Bence Halmosi on Unsplash

I never had my parents fighting in the next room like all of my other friends. When I was a child I hated it. I thought that it was so strange that it was just me and my mom. I was confused, I did not understand why I did not have a father when all of my other friends did. Even my friends that had 2 dads understood. As a child, I never understood why my mom chose me. It took years of trying to understand what was going through her mind when she got that phone call from my biological parents that they had a 19-week-old baby for her, And she said of course. So a few weeks later I had a new family and I was thousands of miles away from what I was used too.

As I got older I learned that I was really lucky that I didn't hear my parents fighting in the next room. I was lucky that I could rely on my mom no matter what. My mom w0uld be waiting for me when I got home from high school ordering dinner because she could not cook. But she was there It didn't matter that she didn't cook. When I was a teenager, I went through a semi rebellious phase, I was hanging out with gang members and drug dealers thinking I was so cool. My mom was there waiting for me. So when I would come home in the early morning, not telling my mom where I was going or who I was with, or if I was safe, I was not being safe, my Mom was there. I was unlucky enough to have been worried when I came home drunk because she was always there to tuck me in and was there when I woke up and she screamed at me. As I got older the more I thought about how unfair I was to her. While I was out drinking and doing not great things She was waiting for me to come home no matter what the time.

I know that I was not the greatest daughter but she was always waiting for no matter the time. When I graduated high school I started to get my life together, and there she was waiting. Even when we were not speaking I knew that I could call her and she would come running. It was something that I could be proud of, that my mom would always be there. It took some time but I understand now where she was coming from. I know why she picked me. As I got older I realized that my mom waited for me because I was the only one there. It was just me and my mom, there was no one else. It was just me and her, it was always me and her. So no matter what I was stuck with her. I do not know what was going through her mind when she got that phone call that I was available but she did and I wouldn't have changed anything for the world. It took time to be comfortable enough to say that I am very proud of the person that I have become with the help of my mom. To become the person that I am. I know I'm strong, I know i'm beautiful even when i'm at my weakest. She always saw the best in me even when I didn't see the best in myself. Even when I was someone I didn't want to be around my mother wanted to be with me.

More stories from Nat and writers in Families and other communities.