by Jeff Carter 6 months ago in literature

Memories on the Shore 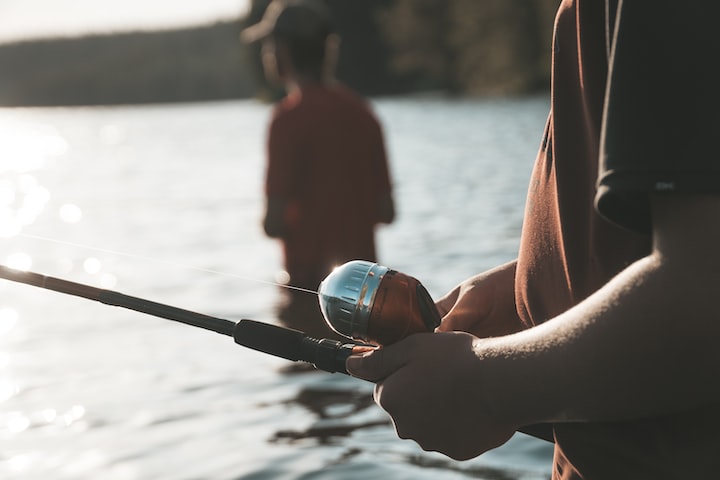 Photo by Sean Musil on Unsplash

My favorite memories are of my father taking me fishing at Lake Nodens; we rarely caught anything, but we would pile up the gummy worms, fig newtons, and store brand sodas and sit on the banks watching the sun come up as father and son.

“Kelsea,” he would say my name and put his arm around my shoulder, “did you know that when people settled these lands that, because Lake Nodens is so wide and so deep that they thought they were at the end of the world? They could put ships on the water and watch them go over the horizon and thought they might never come back.”

“Wow,” I would say as I stuffed another handful of brightly colored gooey strawberry flavored worms into my mouth.

“It’s so deep they think that they haven’t found the bottom yet. They think it might go all the way to the center of the Earth. Sometimes their ships would sink and they never found them.”

“Really,” I would ask through sticky lips.

Of course it was an exaggeration to get me excited and bring back stories for my friends, but he would be steadfast in his storytelling.

“If you look hard enough you can see the ghost ships coming up over the horizon; finally returning from their long journeys.”

I would squint my eyes, but I could never see the returning explorers.

As I got older we began to fish less and less. I got invested in my school work, discovered girls, wanted to spend time with my friends, and was an overall surly teenager.

“Come fishing,” my father would say.

“Take Doran,” I would motion toward my older brother.

“No one ever wants to fish anymore,” my father would say with defeat and retreat to his study to read the newspaper while I went out with friends.

Eventually he stopped asking and I grew older.

I was newly married when my mother called one day, “Kelsea, can you visit; take your father fishing?”

I looked at myself in the mirror and I looked so much like my father. I missed my father and I missed those days on the lake. On my way home I stopped and picked up a big bag of gummy worms.

We watched the sun come up and my father pointed out over the lake, “Doran, look at the ship coming in from the sea just over the horizon. Can you see it?”

I put my arm around his shoulders and squeezed, “I see it dad.”

It was our last time to go fishing together.

The next time I went to Lake Nodens was alone to spread some of my father’s ashes. As I sat on the banks watching the ashes wave back and forth with the tide I saw the sail of a ship peaking out between the early morning sunshine on the horizon. I stood up and leaned forward, rubbing my eyes for clarity of what I saw, but it was indeed a ships sail.

I waited for it to rise; letting the hours pass, but it stayed on the horizon just as it was. I finally walked the shore until I found an old and battered row boat and set out to find the ship.

Then the ship was gone and I realized the ship was mine and I sat surrounded by water and alone and I cried because it was always me my father saw coming home.

I found my way back to my wife and my newborn son. I took him into my arms and kissed his forehead, “Lincoln, my son, you are named after your grandfather,” I told him, “and you might not understand me yet, but I’d like to tell you a story about a lake that was so wide and so deep that it was easy for sailors to get lost, but as long as I love you, we will always find the shore.”

I enjoy writing short stories in magic realism, horror, and the bizarre. I have ambitions to write a novel.