Face and body, is a man truly love you, the minimum standard 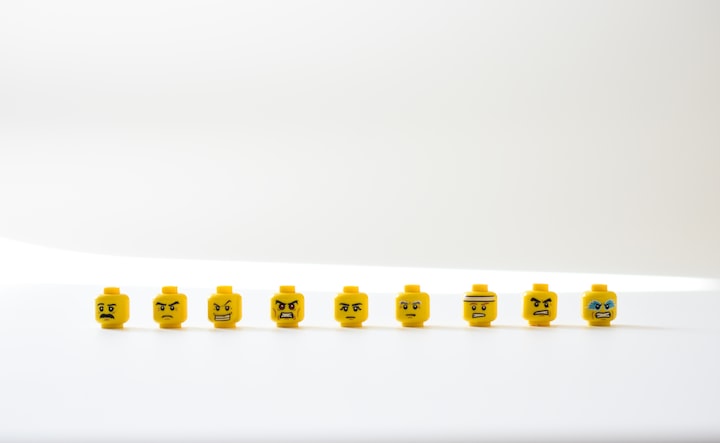 There is a vase, and the appearance of the design is very delicate, the pattern is also very beautiful, just need to look at it to be able to give a pleasing feeling.

There is a vase made of clay, the appearance of its appearance, no outstanding place.

Both were bought back, at first, the vase with high value was placed in a very conspicuous place, but the vase's weight-bearing capacity is not, and the corners are very sharp, accidentally cut hands, so it was later put in the corner to eat dust.

The vase that does not have a high value, although its appearance, but the weight-bearing capacity is very good, the corners are also trimmed very round, and its simple design look for a long time, will also give a different sense of beauty, so the vase was placed in the most conspicuous place.

The face is an external reflection, but can be the first time to influence our judgment and decision-making, but have a thing is not just to meet the needs of the ornamental, but more in its practicality.

So, external factors are never the key influence on a long-term relationship.

Face and body, is a man truly loves you, the minimum standard

What is the standard? The so-called standard is a "rule", which is that we need to follow the guidelines and basis when doing things.

So, what is the minimum standard?

For example, a person is very hungry, at first, he asked himself must eat the mountains and seafood, either is full of Han Dynasty, but walking and found a meet the conditions are not, so he began to lower the requirements, as long as things are good color and flavor, but to meet this condition of the restaurant has been very few.

Later, he was so hungry that he could not stand it, and lowered the standard, as long as he could eat, and this requirement is his minimum standard.

Minimum standard, is the emergence of a thing that can meet the most basic needs of individuals, and this need is present in everyone, just like some public living facilities every city has, and clothing, food, housing, and transportation are the minimum standard of a person living in a city.

In the relationship between the sexes, there is always a female group that will produce such a misconception: think that men like those who have the face and body, but do not know that these external factors are the minimum standards of men for the other half.

Because the face and body have a maximum and minimum value, remove the two extremes, then the middle is what the majority of people require, and the same is what most people have.

Feelings often start with the eyes, and then into the heart, so for men, a woman's face and body have become the minimum standard.

Men's hearts, more value the long-term value of the relationship between the sexes

In the TV series "Legend of Zen Hun", there is no shortage of good-looking beauty in the harem of three thousand people, but the emperor only loves Zen Hun.

In the beginning, the emperor liked Zen Hun because she looked like his late Empress Chin Yuan, but later he liked her purely as a person, not as anyone else.

Unlike other women, Zen Hun is not empty, she has unique insights into things, and sometimes the emperor tries to refer to Zen Hun's advice when he feels a headache.

For women, beauty is very important, but beauty is something that will begin to fade once the best age, even if you use more skin care products can not restore the heyday of the face.

Therefore, the external factors are the most disturbed by time, and people will have aesthetic fatigue, and then the beautiful skin to see a long time, always feel tired.

Thus, it shows the importance of a woman's internal value.

Character, temperament, connotation, cultivation, etc. are engraved in the bones of things, they do not fade with the passage of time and traces, but more and more new over time.

Mature men understand that good love is never built on top of the skin, but the kind of soulful togetherness is not to say anything about the fit.

Many women always feel that as long as they look good enough, a sexy enough body, they can make men love themselves, but the value of the existence of such external factors is short-term because the world will never lack beautiful and sexy people.

When a woman's temperament is like an orchid, when a woman's manners are elegant, when a woman can enjoy the good as well as bear the suffering, and when a woman's talk is not vulgar, gentle, and elegant, you will find that this time they are surrounded by those who are excellent and infatuated with the man.

It seems that the woman to enhance their internal value is to maintain the long-term plan of love, reading, to travel, when you continue to enrich your spiritual world, will also flower butterflies.

More stories from Luo re Luo and writers in Families and other communities.