Ahead of Her Time

by Mary Haynes 2 years ago in immediate family
Report Story 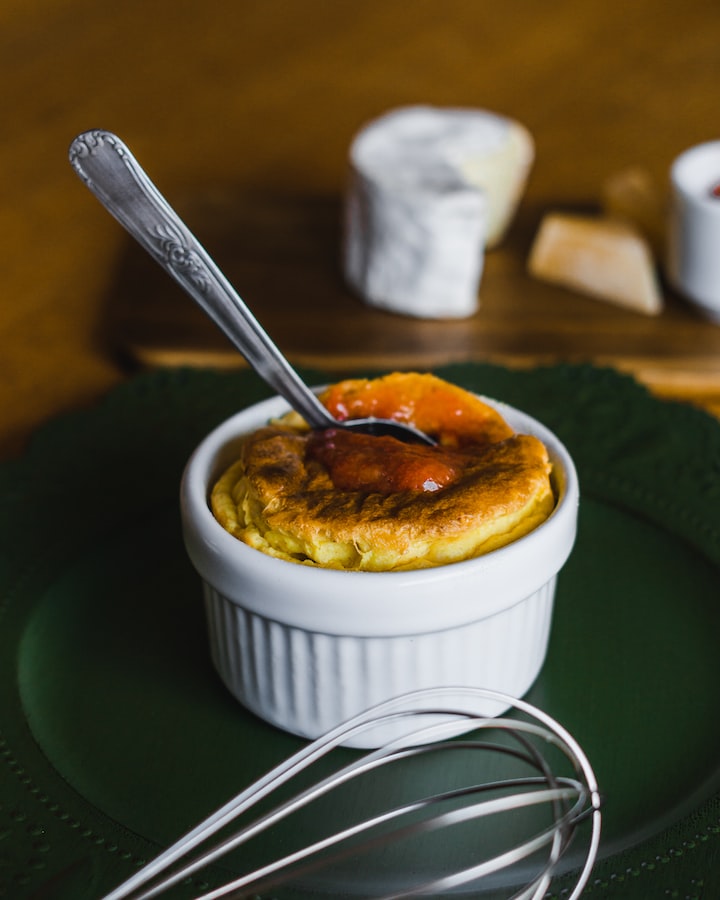 Photo by Lucas Oliveira on Unsplash

My mother was a force of nature. But not what you’d expect to be the powerhouse monarch of the household. She was in charge without seeming to be. Her gentle warmth and humor make everything comfortable, everything just worked. I suspect she was really like a swan, soft and regal on the surface but paddling madly under the surface.

She was social and gave her time generously to friends and groups who asked for help. I have fond memories of church and school bazaars and tea rooms. I often helped her make craft centerpieces for the tea tables. Still to this day, every time I see a dry Scottish thistle head by the side of the road, I feel the need to spray paint it silver and stick it in a winter wonderland scene! I attempted to help with the baking, but she was just so natural in her movements around the kitchen and improvised her recipes, so it was more likely I was slightly in the way.

Growing up was easier for me than most of my peers. I was for the most part calmer. I spent an enormous amount of time alone with my nose inside a book or hanging out in my basement listening to my older brother’s music. I did have wonderful summers hanging out at the pool when I wasn’t in Figure Skating summer school. Because of where we lived, just outside of town and on the grounds of a psychiatric hospital. My father was the engineer on call in case there was any problem with the power plant that he oversaw. I had a large room and my friends thought I was rich. I thought we were well off too. We weren’t, but money was never discussed. If something was really needed, my mother figured out where to pinch pennies to make it work. It was lovely growing up in a home where there were no fights about finances.

This is not to say, everything was idyllic. My father’s childhood was difficult, whether it was nurture or nature or a combination of both, he was bipolar and struggled with bouts of depression. My mother again, just made everything work. She was understanding and gentle when she needed to be. But she could be forceful enough to make him understand he had a great life now, and that he needed to try and pull it together and enjoy it. She walked the line like a professional therapist.

I remember the good friends they had, the cheery dinner parties and cocktails. I loved sitting at the top of the stairs and listening to their banter. My parents were funny people with equally hilarious friends. Most of the women were in my mom’s bridge club and they took turns each week hosting the game and a snack or a dessert. One time she decided to make a strawberry souffle lined with delicate lady fingers. It looked and smelled delicious and as a foolish child I decided no one would notice if I took a tiny taste out of the middle. The whole thing deflated. I didn’t say a word, ashamed and disappointed with myself. When she served it to the ladies that evening, she scooped it into individual parfait glasses rather that present it at the table as she intended. The next day she quietly told me that souffle’s were very delicate and that next time if I wanted to taste it, she would save me some after it was served.

She wasn’t always a completely calm, saintly mother. She had days when her tolerance level waned and I got on her last nerve. I had a healthy respect for the rattling of the bottom drawer of the oven where the wooden spoon was kept. I never experienced the wooden spoon but somehow, I knew that when that bottom draw rattled it was time to stop whining or any other annoying thing I was doing. I think fear of wooden spoons was just an ingrained, imprinted behavior in the family genes.

Another time when my father, brothers and I knew to keep a low profile was during her monthly cycle, especially when she entered menopause. Telltale signs to approach with caution were manic rearranging of all our furniture. She also had an absolute need to go to the local variety store to get a paper bag full of salty Spanish peanuts.

My Mom never had a driver's license. My Dad would drive her once a week to the grocery store where she meticulously picked out everything she needed for the week. After he died, she just carried on by taking the bus, taxi or occasionally getting rides from friends. Even after she was diagnosed with Multiple Myeloma and was undergoing treatment, she most often chose to take the bus or taxi. Her friends were well-meaning and eager to help, but they were bargain hunters with nothing better to do with their day than to shop the three local stores for sales. Mom found this exhausting, so she would secretly take a cab and tell them that either my brother had driven her or had delivered them for her. He would have, of course, but she rarely asked. She hated to bother anyone.

She was the world's best Grandmother and quick to offer to babysit, dropping any plans she might have had. Even when she was already in pain, she would often hop on Via rail from Woodstock, Ontario, and arrive at Union Station in Toronto, with a couple of casseroles in her bags and treats for the kids.

When my son was five years old, he had to have his tonsils out. My mom decided to have one more chemo treatment, hoping she would be strong enough to come help me look after him after surgery. Instead, she reacted badly to the chemo, fell, and had a stroke. I brought him with me, and we camped out in palliative care with her. She had regained her memory but not her strength. Through the pain and the opiate fog, she retained her warmth and sense of humor. She watched Snow White with my kids and chatted with them. She was getting nose bleeds and I remember her dabbing at her nose with a tissue and seeing blood again. “This bloody nose,” she exclaimed! Then grinned and said, “Literally!”

Tenacious to the end she was afraid to let go, afraid she wasn’t allowed to give up. Mom was a good Catholic, not a sanctimonious one, she believed what she believed but was open to others who felt differently. She had many priests who were friends and several times we were called to her bedside because she was being administered the last rights. She would rally a bit after each one. In our gallows humor, it became a family joke that once again we’d been summoned for last rights. One of the priests was with her one day and she asked him if it was okay if she gave up. He said, “Of course, Evelyn, you’ve done your best here, you can go when you are ready!” It wasn’t long after that she did indeed pass peacefully.

Her loss was felt deeply in her community. Everyone who knew her felt her absence. She was an utterly unique woman whose kindness and sparkling humor touched us all.

Now it’s a new era, there aren’t as many full-time moms like mine was. Today’s moms have more to juggle and different challenges. However, I know she would have thrived in today’s busy world just as much as she did in her time. She was smart, witty, wise, and quick with a smile, as she metered out life lessons in perfect moderation. She was, to me, very much a “Boss Mom!”

More stories from Mary Haynes and writers in Families and other communities.