This Is the Best Thing About the Finnish School System

by Taru Anniina Liikanen 10 months ago in travel
Report Story

Take it from someone who went through 12 years of it. 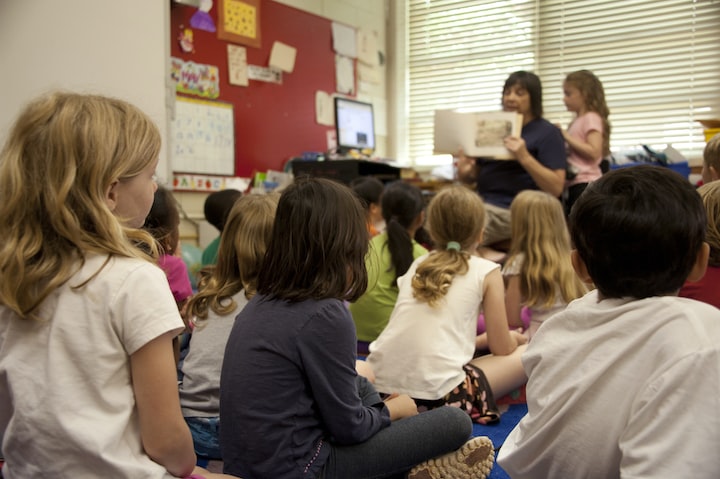 The Finnish school system has been famous all over the world ever since the first PISA studies came out around the start of the new millennium and my home country was at the top of the list.

It seemed to come out of nowhere. How did the kids in this small country at the end of the world get this great of an education?

In the last two decades, there’s been a bit of a decline in our PISA results, especially compared to other OECD countries that have stepped up their game, but Finland has consistently stayed somewhere close to the top.

And that means there’s a lot of information about it in the media. Sometimes it’s accurate, sometimes it’s not, but in general, I agree the system works. However, it’s very different from what I see here in Argentina, or even Spain, where I used to live. And I guess compared to the United States, the differences would be considerable.

Social Democracy at Its Best

The Finnish school system is based on a lot of great ideas.

First of all, it has the goal of leveling kids from different backgrounds and with different abilities, to give everybody a fair shot at learning. It’s based on the idea that the strongest students in a classroom will help push the ones that need more help. That means advanced students aren’t separated from the class.

Most schools in Finland are also public and free to attend. They even give the students free supplies, from pens, textbooks and notebooks to free and balanced lunches every day.

Teachers are also paid living wages. My mom’s best friend was an elementary school teacher, who worked from graduation until she was about 60 years old. She lived a normal life with no extravagant spending and retired with a house in the city and, get this, a small island with a summer house, in the middle of the gorgeous lake Saimaa in Eastern Finland.

Now, she probably got a good deal on that island, but I don’t really see the average US school teacher being able to do that.

But while I love these features of our social-democratic thinking, it’s not what I appreciate the most after living through twelve years of schooling in Finland.

So, the best thing? Finland lets kids be kids.

You do go to preschool, which in my case was a couple of hours a week dedicated to the bigger kids in my kindergarten group in our last year, at age six.

We didn’t learn to read or write there, although I was already a big bookworm by then due to my personal interest in stories. But I think the goal of preschool was just to slowly start teaching us how to sit still. But no teaching reading or math until age seven.

This is based on the idea that kids need time to be kids, that they need time to grow and play until you lock them up inside all day and start putting serious demand on their developing brains.

Until the age of seven, the Finnish educators who designed the system decided they want you to play, laugh, learn social skills and explore, indoors and outdoors, without the pressure of grades. That’s what kids are supposed to do.

Short Days and Plenty of Breaks

When I first came to Argentina, I was shocked to find out kids at the age of 9 were already spending 8 hours a day in school.

I just couldn’t imagine myself doing that!

In Finland, you start school with short days, between 3 and 5 hours, for your first three to four years. And the days gradually get longer. Only when you start middle school at age 13 are you required to stay in school for 7 hours. And 8-hour days? Only in high school, where you already have the freedom to accommodate your classes according to your needs.

Finnish kids also have lots of breaks. We got 15 minutes every 45, plus a lunch break that was usually around 40 minutes. And you’re required to go out, even in the winter. What this does, especially for anxious kids like me, is to force them to let out steam so it’s easier to focus on those minutes you’re actually spending in the classroom. And aren’t all kids a little anxious when they have to sit down and be quiet?

In Argentina, it actually gets worse: public school kids only have four hours of school per day, while private school kids spend twice that amount, often studying half the day in Spanish and the other half in English (or French or German, depending on the school). That means that if you have money, your kids will get double the amount of schooling. High school kids will still spend only the amount of time in school their parents can afford. Yeah, it’s bad.

Little Homework and No Obligatory Extracurriculars

This is actually one of the features of the Finnish school system that gets the most press internationally. Michael Moore even showed this in Where to Invade Next, his documentary on countries that are doing some things better than the US, in his opinion.

Finnish kids don’t have the pressure of spending their afternoons doing homework or desperately gathering the right extracurricular activities to impress a college later on. They also don’t have standardized tests until the end of high school.

Now, you do get homework. The good students in my class actually did their homework every day. I never did. But it didn’t have a negative impact on my future, partly because I was lucky to be pretty quick to grasp things anyway, partly because the teachers don’t really pay attention to it that much. It didn’t affect grades whether you did homework or not, and even for those students who did everything as they should, there was not so much of it they couldn’t enjoy their childhood.

I get sad when I see little kids in Argentina heading to school with backpacks so big and heavy they can’t carry them. These kids need goddamn wheels on their backpacks because they’re so full of books to get through their 8-hour days in school.

Also, getting into college in Finland depends on an exam, not your French club attendance. I find it so messed up that kids in the US have to be strategic about what they do outside of school. They’re kids!

In Finland, hobbies are hobbies. Do what you want with your free time.

The freedom of the Finnish school system repeats one feature of the Finnish society I’ve grown to appreciate more and more after spending time away: its lack of hierarchies.

Ask any former boss or teacher of mine in Argentina or Spain and they will tell you I won’t hold back when I need to say something to a superior. I don’t even consider it an issue. Sure, I’m kind of a pain. But it’s also the society I grew up in.

You couldn’t just transport the Finnish educational system as it is to a place with much stricter societal norms and respect for authority, such as many Asian or Latin American countries.

But if there’s one principle or value that I hope other countries would take from the Finnish system, it’s this:

Let kids be kids. Don’t bury them in work. Give them time to explore the world on their own and discover who they are and what they want to do.

More stories from Taru Anniina Liikanen and writers in Education and other communities.