The Day I Learned Fluent Spanish

by Taru Anniina Liikanen 17 days ago in travel

It does happen in an instant — as soon as you shut down your self-doubt. 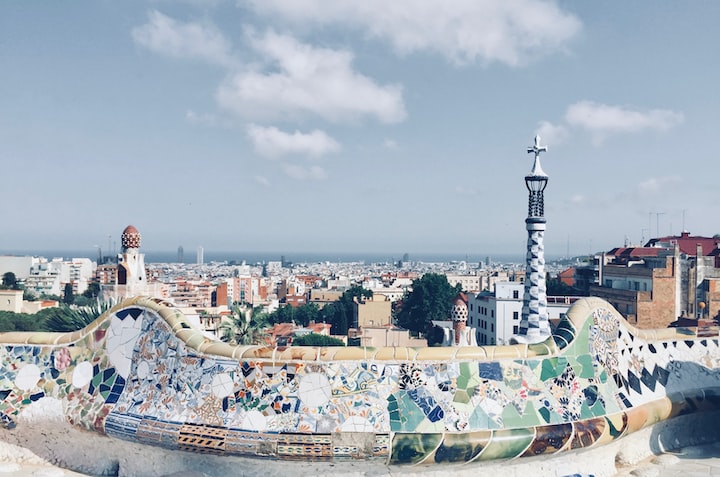 Photo by Vitor Monteiro on Unsplash

I moved to Barcelona in 2006, after an entire year of studying Spanish. I had taken my studies very seriously. For the last couple of months, I’d been listening to music, watching movies in Spanish with subtitles, reading magazines and books in my target language. I was also chatting with my to-be Spanish boyfriend on MSN Messenger (like an old-school Whatsapp but on your computer, for all you youngsters out there), ever since I’d met him on vacation.

But none of it prepared me for speaking the language. When you move to a different country, even after studying, you’ll still be surprised by how fast people speak in real life. Add to the mix the use of old expressions, colloquialisms, talk of people and pop culture references you don’t know, and it all adds up.

My then-boyfriend would sometimes criticize me for it. “Why don’t you speak more when we’re out with my friends?” Because I can’t follow the conversations, honey. Why don’t you try speaking in another language all day?

“I will speak fluently,” I told him. “One day I will just wake up speaking Spanish.” He didn’t believe me.

But back in school, I’d studied lots of languages. English, Swedish, German, French, and some introductory courses in Italian and Latin. In those years, I’d learned the most important thing about speaking a language: becoming fluent is less about having a wide vocabulary or having perfect pronunciation, and more about stopping your brain from censoring your thoughts.

And then, one day my phone rang. I had been frantically spreading my resumés around the city in every possible business, and I was hoping to get some interviews.

It was around 9.30 in the morning, and I was still sleeping when I got the call. I had no time to process anything, or think about what to say.

“Hola,” I said, and proceeded to have an entire conversation in fluent Spanish. I got invited to an interview at a clothing store, and I got the job.

At work, I had to fake that I knew the language. The customers would have eaten me alive if I didn't. It didn’t always go perfectly, but at least I stopped thinking about what to say. That was when I became fluent.

The secret to learning to speak a language fluently is, in the end, speaking it. But many people are too afraid to do it. I was, until the day I was shocked into it.

The thing is, in that one phone call in the morning, I managed to cross the threshold of self-censorship. I was still asleep, so my brain hadn’t yet activated the part that made me question myself, my pronunciation or if I had conjugated a verb correctly. I needed to speak, so I did.

You can also deactivate your self-criticism in other ways. Alcohol is a popular one — don’t tell me you’ve never noticed how much easier it is to speak another language after a couple of beers — but it’s not exactly a healthy option for everyday life.

Immersing yourself in the language by spending some time in the country is a great one, but you need to stay away from other immigrants for it to work. It might also take some time before you’re able to do it. For me, it was several months.

The couple of years I spent working in customer service in Barcelona and a brief stint in Costa Rica gave me a great immersion into the language, and prepared me for studying at a university in Argentina. But to be honest, I still had trouble understanding people’s accents here sometimes.

Hell, after 15 years I still don’t always understand people if they speak with a different accent and use lots of slang words from a different country or region. If you suddenly make me listen to a thick Andalucian accent or a Costa Rican one, I might get lost.

In the last couple of months, I’ve been dating a Colombian. One of my best friends happens to be from the same city as he is, Bogotá, but his slang words and tone still sometimes make me wonder what the hell he’s talking about.

But fortunately, I understood that native Spanish speakers from different countries don’t always understand each other, either. That’s just what happens when a language develops over several hundred years in widely different places. And then, just like in English or Finnish, there are socioeconomic differences that can make people from the same city have a different way of speaking.

And it’s not just tone, of course. You can’t really trust all the words you use, either.

For example, a strawberry in Argentina is called ‘frutilla’, but it Spain it’s a ‘fresa’. Now, in many countries ‘fresa’ also means something like ‘posh’ or ‘boujee’, but in Spain you’d call that a ‘pijo’ or, in the feminine form, ‘pija’. And the latter, in Argentina, is a slang word for ‘penis’.

You get the gist.

Languages are living things. You can’t always get everything right, but it doesn’t matter. Nobody cares if you make a couple of mistakes, what’s important is that you try. Find a way to shut down that part of your brain that tells you you’re not doing it right, and start speaking.