by Gay Writing Quill 12 days ago in teacher

Being a new teacher 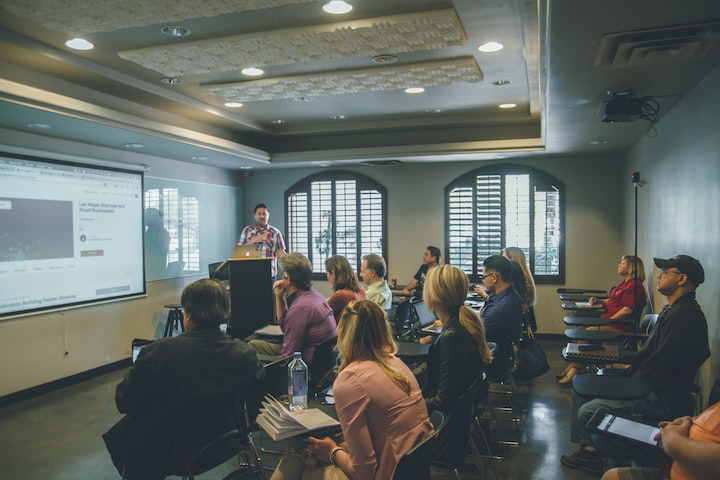 One of the main things I wished I knew to ask for was what I needed to to do to make lessons based on the standard. We get some of that in classes, but not all subjects have a clear start and end point. English is one of those that there isn’t a dedicated starting or ending point. We just do our best to find out where the students are and try from there. We can start with writing and move them forward or we can start with reading. But I didn’t know that or how to do that.

It had to be one of the worst jobs I ever worked at. The expectations weren’t there. I was just expected to know what to do and when. I was expected to know that I should start with reading strategies and progress from there. I was expected to know what they had learned, or were supposed to have learned in the previous years and build off of those. I was supposed to read minds and make plans in-line with those that they had floating around in their heads. I was supposed to be a teacher who knew how to teach, and not a first year teacher who wanted and needed help and guidance.

When I look at my job and school now, I’m surprised I lasted as long as I did. There was a teacher who wasn’t a brand new teacher who left after a month of being there. I asked her why she was leaving and she told me that she was leaving because they didn’t know what they were doing at the school. The school tried to spin it that she was being let go and that it was because she wasn’t meeting their expectations. After dealing with similar problems, I figured out it wasn’t that it wasn’t living up to their expectations, but more that it was not having clear expectations. Not having support and having to do more on your own and then finding out that it wasn’t what they wanted.

This leads back to the main point. First year teachers need guidance. We need someone to point to where to start, how to start, and what the expectations are. We need examples. We need answers. We need support and administrators who will work with us, not against us, to help us become teachers. It isn’t just the degree that makes us, but what we do with it afterwards. But most importantly, we can’t become a teacher if we don’t have a supportive school to work for.