"Aim for Excellence, Not Perfection"

by Kristen Fontaine 6 months ago in student

The Trials of Giftedness, Anxiety & Perfectionism 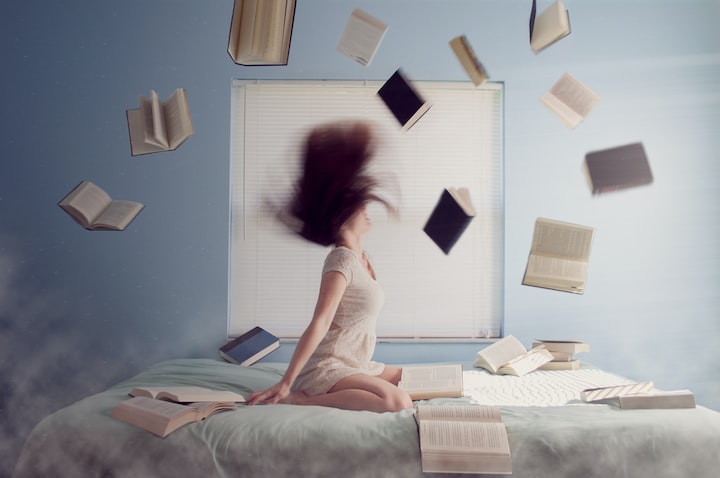 Photo by Lacie Slezak on Unsplash

When I was in grade 4, I remember being given a standardized test. We were told it was happening in advance but none of my classmates, myself included, knew what it was for. I remember being one of the first to finish this multiple- choice test, and a couple weeks later, was brought out of class with about ten other peers. We were given another test to complete. As we all glanced nervously at each other, the teacher told us that we all scored the highest on the test, which is why we were selected for the second round. Feeling more confident, we all sat down and wrote test number 2.

Fast forward a couple of weeks, and my mom sat me down at our kitchen table to talk about the results of these tests. It was at this point that she told me that I had been tested "gifted". It felt like I was Harry when he received his letter to Hogwarts, finding out he's a wizard. It was as if my mom had said, "Yer a wizard, Kristen," and I reacted like, "I'm a whaaat?"

During this same conversation, my mom told me that there's a special school in my hometown where gifted kids can go and receive enriched learning opportunities. Think, "Professor Xavier's School for Gifted Youngsters", but no where near as cool. After touring the school with my mother, I could tell that the gifted program was meant for kids that were...for lack of a better term..."different". For a pre-pubescent girl who just wanted to fit in, the prospect of leaving all of my friends felt like the end of the world. Thankfully, my parents didn't force me to go to the special program. The trade-off, however, was that I was to attend gifted classes and "Enrichment Days" out of my elementary school. The irony here is that from this point on, I was looked at differently by my peers. Every time myself and a few others were taken out of class for enrichment days, we received dirty looks and snickers behind our backs. This was the first time I realized that my natural intelligence was not one that everyone had.

Now why does all of this matter? See, from the moment I was told that I was gifted, I began to rely on that fact. Not only did being "gifted" mean that I was academically inclined - it meant that I truly excelled at almost any hobby that I was interested in, without putting in much effort. I was talented in music and all kinds of art, and was reading chapter books when I was 4-years-old. I was talented at almost every sport...dance, volleyball, basketball, soccer, swimming, figure skating...you name it, I was good at it. Due to this, I earned the nickname of “Miss Perfect” among my not-so-friendly peers, several teachers and my family. While sometimes it had a positive connotation, the majority of the time I was met with disdain and eye-rolls. As I continued to develop emotionally and intellectually at a quicker-pace than most of my classmates, the divide became larger...thoughts of, “Why am I so different?” constantly ran through my head.

What's the matter with being good at everything and having it come easily to you, you might ask? Sounds like a really rough life doesn't it? Well, the problems arose when I would find certain concepts difficult to grasp...like in math or science. Instead of developing a "try, try again" attitude and work ethic, I got used to relying on my intelligence and "giftedness" to carry me through. So, when I wouldn't immediately understand a concept, I would quickly get frustrated and give up on my first attempt. While my peers had developed strategies to persevere and learn in class, I became too nervous to admit that I didn’t get it. Too anxious to say, “Miss Perfect” didn’t understand. I would nod my head in class and have major panic attacks at home as a developing pre-teen and youth. I became an expert at hiding my inner turmoil, so I could keep up the image of “perfection”. Because I relied on my natural intelligence and giftedness to get me through most tasks, I never developed the ability to self-regulate or use self-discipline.

When it came time to figure out my post-secondary plans, I couldn't narrow down what I wanted to do for my career. I was fearful of committing to one path, in case I missed out on another option or failed at what I had chosen. It got to the point where if I wasn't good at something without much effort, I wouldn't try it...I would just get overwhelmed, self-deprecate and give up. My anxiety and fear of failure forced me to stop trying new things; I stuck to what I knew. I created a comfort zone so small that I had no room to grow – nor did I know how to. My favourite motto became, "I can't"...as if I knew I couldn't do something without even trying. The perfectionist attitude I developed through my intelligence and socialization led to a lack of life skills and strategies.

When I began my first year of university, it was clear that I was no longer at the top of my class - I was now quantifiably "average". Everyone around me was also gifted, and I ended up losing a lot of my identity. If I was no longer gifted, or at the top of my class...if I was no longer "the smart one"...then who the hell was I? Insert the "party-girl" I quickly became. I found myself procrastinating work that didn't come easily to me by going out 3-4 times a week, either by binge-drinking or smoking...a lot. I found my identity in my friends, boys and partying. Even throughout this time, my grades only slid a tiny bit - I managed to graduate with my lowest mark having been a B in my first year. One might think that "perfectionism" means that a person exhibits OCD tendencies and is a "brown-noser"...potentially a little neurotic. And while this can be true, perfectionism truly translates to aiming for perfection or nothing. Overloading one's self to the point of burnout, panic attacks and substance-use.

Perfectionism is not a desirable trait. It breeds negativity, and in many cases, toxicity. The extremely high (and often irrational) expectations that the perfectionist places on themselves and those around them can deeply contribute to mental health disorders. The highly intelligent, gifted brain is especially susceptible to mental health inconsistencies; add in perfectionism, and you may find an adult that is lost in their own tiny comfort zone. Burnout ensues in careers, as the perfectionist blurs the line between work-life and home-life. Relationships become strained, as the perfectionist subconsciously expects too much from their partner, friends and family. Perhaps the biggest setback for the perfectionist is their loss of sense of self, or identity. The fear of failure or rejection keeps them locked into the same toxic work environments, relationships and mindset. These are all things I have experienced myself, first-hand.

For all of you gifted adults out there that are reading this story, know that you are not alone. You are not alone in the chronic feeling of emptiness or existential dread. You are not alone in your perfectionist tendencies or imposter syndrome. You have permission to enjoy the process rather than always reaching for the end goal. You are worthy of sitting back and being "unproductive" and don't need to be constantly producing "perfect" work in order to be good enough. You, my gifted friend, are truly your biggest critic and bully. So, instead of beating yourself up for not being perfect in every venture, learn to have fun along the way. Lastly - and this is the big one - get to know failure. Understand how it feels, and the purpose it serves. Laugh at and nurture your failures, see them as lessons, and learn to do better in your own way. As one of my most influential teachers often told me, "Aim for excellence, not perfection".