by Alexis Carpenter 3 months ago in Humanity
Report Story

An opinion piece which bites into the question regarding the root of hunger in Western Society. 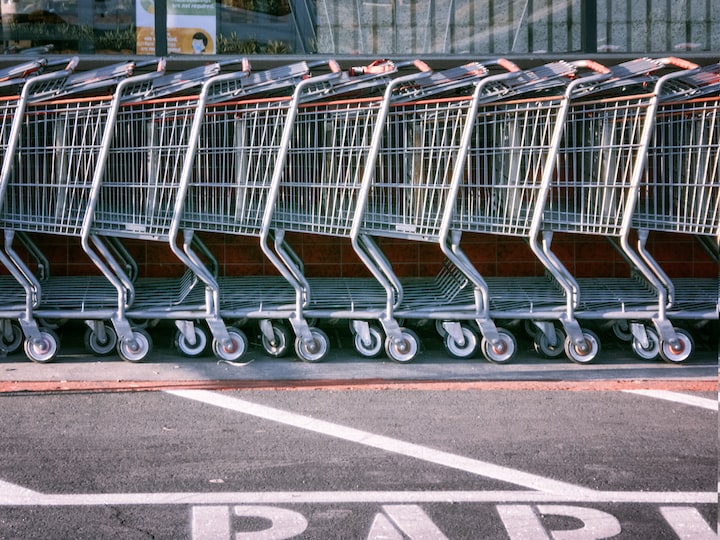 To develop a critical understanding of hunger and its relationship to the food system one must first understand the political motivation and mechanisms underlying the production of labor behind the modern food system. The real root problem of hunger has never been addressed by western society. Food injustice brews in Western Societies inequitable class system; Capitalism. A mistruth continues to grow; its hunger worsens. Band Aids, or ‘token solutions’ have been applied to the problem instead (Poppendieck 1998). How long will the bandage hold?

The real problem rests on the tip of one's tongue, or their cultivation of taste. People's food selections and taste preferences are shaped by one's environment. Not all environments are provided with nutritious food to maintain good health. This disproportionately harms the poor and even extends so far to some middle-class groups (Campos 2006). This injustice is due to the modern food system which operates under Capitalism, trusting its invisible hand - or gut (Friedland 1989). Traditionally, hunger has been blamed on the individual through the personal responsibility approach both criminalizing and shaming through the dis-reputation of the hungry (Goode 2015, Campos 2006). This ignores the food system shaping the problem because victim-blaming never solves any root problem.

Global food aid and its historical role in the development of the global food system play a major role in global and Western societies hunger. Understanding the history of hunger rests in a transition from food aid to privatization through globalization enforcing neoliberalism through the global south. To combat globalized communism, western societies developed food aid programs through advancements in agricultural industrialization which enticed other nations through their own starvation, to rely on western crop charities (Patel 2012). The initial problem of underproduction or not enough crops, swiftly changed with Earl Butz becoming Secretary of the United States Dept. of Agriculture and instilled a drive to overproduce and other countries came to agricultural recovery from the previous world war (King Corn 2007).

This overproduction was dramatically enhanced with the ushering of the Green Revolution and Normal Borlaug’s creation of hybrid seeds. Though GMO’s and hybrid seeds greatly enhanced a crops ability to flourish, it also brought out limitations to the farmers who actually sow the crop. Hybrid seeds ushered in industrial agriculture in places where it wasn’t necessary. These geographical locations that lose soil quality after only one season and new seeds must be purchased every year which can make for a large investment. Also, with hybrid seeds, farmers will need to buy fertilizers and pesticides to protect their investments; the one time use seed. There are several unintended consequences which result from this solution such as depeasantization, in which local farmers are pushed off the land when larger farms with new green technology come in. This is a global trend of green revolution. The Green Revolution also brought force to an era of deskilling (an important aspect of industrialization) and both a loss and lower demand of labor. Through the deconstruction of unions, workers now hold little power to the large corporations which own their physical labor (Clapp 2012).

This draws the question, who does hunger actually benefit? One might argue that cheap food is in abundance in western societies - go to any Walmart! Food becomes more affordable, so the working class does not have to get paid more for their labor. To use their physical labor, corporations must ensure the workers are fed. Food swamps and food deserts have become highly prized geographical tools for privatized corporations such as Walmart (Patel 2012). These “supermarket solutions” actually create other problems, weeding out smaller businesses (importantly, similar to agricultural farming corporations), and selling products created by large corporations. As Patel describes the name change of The United Fruit Company to Chiquita Brands, many other large corporations do the same, disguising multiple products under different brand names (Patel 2012, pp. 109). This gives the illusion that there is a much larger market and those benefiting from capitalism than really are.

If the Butz overproduction of grain wasn’t enough to answer the present dilemma of whether there is enough food to feed everyone, consider some statistics cited in Francis Moore Lappe’s book Hope's Edge pertaining to livestock. Lappe recaps that “for every human being on the planet, the world produces two pounds of grain per day - roughly 3,000 calories [...] yet nearly one in six of us still goes hungry” and we feed almost half that amount of grain to livestock meant for consumption. (Lappe 2003, pp.15) This means, globalized agricultural companies do produce enough grain to feed the world, however, it’s fed instead to livestock, which are then butchered and consumed for a fraction of those nutrients through their meat. Therefore, feeding less people and using more natural resources. Global hunger has a cure, and it rests in Western societies' meat consumption.

One attempt at a band aid or token solution to overproduction, as defined by Poppendieck, has been anti-hunger food charities. Some critiques of anti-hunger charity might include individual resistance. It’s not seen as a charity to whom it should benefit, because it is necessary for survival, or those volunteers are doing so for a self-serving purpose. Poppendieck also argues that though anti-hunger charities such as food banks can be helpful to lower socioeconomic individuals and families, they are in essence used in practice as a token solution to Western societies' capitalistic problem of overproduction. These types of token solutions are not meant to create a solution to the real root problem of hunger which is poverty (Poppendieck 1998, pp. 134). These band aid’s also influence Malthusian policy, implying there is a lack of need or that a privatized group is minding the gap when there is in fact, no support making anti-food charities unsustainable.

Perhaps one might argue, what about the growing rate of obesity in the United States - if people today are lacking so much in nutrition, why do they keep getting bigger in size? Another band aid solution applied by Western societies would be the horrific practice of Fat Shaming. Deeply believed, shame does not help anyone achieve health, physically or mentally. In fact, shame very well could have derogatory effects on health when experienced. One of the underlying issues with hunger and poor nutrition in today’s society lies in the many celebrity endorsements we see everyday. We live in a world of hero worship and idolizing the rich and famous, thus the need to be like them. The problem with that, when it relates to food and nutrition, is that researchers say that more than 70% of edible items endorsed by celebrities are either sugary drinks or nutrient poor food. (healthline.com/health-news/food-drinks-endorsed-by-celebrities) Creating a mindset with both young and old alike, corporations from the food and beverage industry spend approximately two billion dollars each year trying to assert their influence over children and teens. (Federal Trade Commission – FTC) Celebrity culture has helped shape and create a system of poor nutrition beliefs and habits. There are those of star status who use their influence to draw attention to environmental and health issues. Using their fame and dollars, some of the elite few will advocate for a more sustainable food future for us all. By providing food education, global campaigns to influence international food policy, working to help transform lives by improving access to good, fresh and real foods and equipping people with cooking skills, these media influencers may help change the way many think about their next meal. (csmonitor.com/Business/Bite ``Celebrities Advocating for a More Sustainable Food System”

Food insecurity in the United States and through the global world is the uncertainty in one's ability to access food, access enough nutritious food to maintain good health. It’s not about calories, it’s about nutrients and vitamins. This makes the modern measure of calories interesting seeing as they are a human construct – not really a measurement of anything, and, perhaps worse than a band aid - blanket lies disguising what actual health might look like. Food deserts and food swamps severely limit individual choice, making this a problem which extend beyond personal responsibility approach and rest in the privatization of corporations and institutions which benefit from those corporations funding (Patel, 2012).

Remember Upton Sinclair’s classic book The Jungle which “aimed at the public's heart and by accident, [...] hit it in the stomach” and led to public support and the creation of the Meat Inspection Act. To avoid the traditional narrative personal responsibility approach, or victim blaming, Western citizens must realize their food selections and taste preferences are shaped by one's environment. The first step is advocating for transparent regulations against these large corporations, and perhaps reduce their monopoly and size through distribution efforts. Consumers can feel empowered to carefully read labels and shop at local farmers markets. However, this empowerment and education alone cannot salvage what many corporations keep invisible. It is through a transition away from capitalistic systems and the formation of democratic policies which benefit both workers and the environments. Once these policies have weeded out the real criminals, then perhaps we can agree with Michael Pollen’s theory “Eat Foods, not too much, mostly plants.”

While writing this paper, my thoughts went to the food insecurities that have skyrocketed during this recent pandemic. According to the website WhyHunger.org approximately ten million American children suffered with food insecurities before the surge of the coronavirus. During this pandemic, more than eighteen million – or 1 in 4 – are projected to experience food insecurity this year. One in four – unbelievable. With a vast number of families particularly in the BIPOC communities being hit with both the coronavirus and hunger, it is important to create initiatives that can help communities become whole again. Our global food system seems to value profit over people. Hunger has become a fall out of that political and economic greed. Moving forward, one hopes that we are called to take action to help end hunger and work towards the human right to have nutritious food for all. Education and awareness are the first steps toward solving any issue and this is no different.

A Sociology major from Colorado University at Boulder, Alexis Carpenter writes to better understand her own personal thoughts and opinions on issues that matter to her, and with hope, to the greater community.

More stories from Alexis Carpenter and writers in Earth and other communities.