What Was the Satanic Panic?

by Neal Litherland 6 months ago in fact or fiction

The Forgotten Witch Hunt of The 1980s

If you watch the news, you'll see no shortage of ridiculous things Americans believe. A number of people still believe former President Barack Obama is actually a Kenyan-born foreigner, despite producing a legitimate US birth certificate. There are large portions of the population who believe modern vaccines will cause children to develop autism, despite the only study that made such a claim being discredited, the author having his medical license revoked, and the CDC confirming there is no link. There are Americans who believe they've seen angels, Bigfoot, and unidentified flying objects.

Given all of this, is it really so surprising that in the 1980s huge swaths of the American people were genuinely convinced there was a global Satanic conspiracy that had infiltrated daycares and schools for the express purpose of molesting and sacrificing children to the devil himself?

No, not really. But that doesn't make the events that followed any less terrifying... especially when we consider that Americans are always looking for another bogeyman or scapegoat to blame their societal issues on.

For more pieces of strange history, forgotten facts, and more, take a look at my Geeks author page. Or, if you want to expand your search, you can dig through my entire Vocal archive, as well! 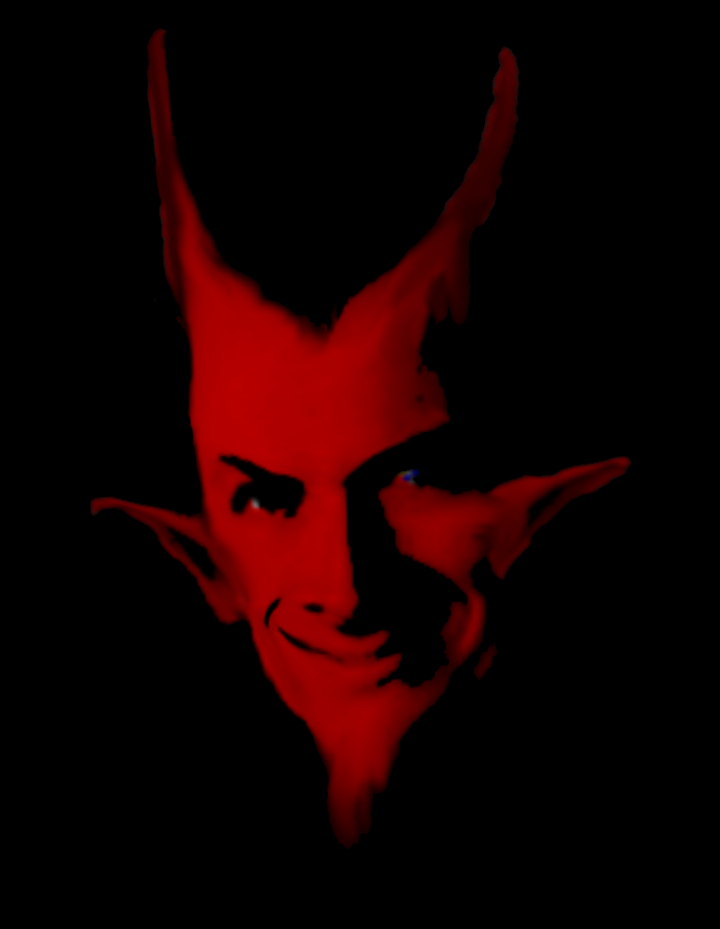 I'll repeat that because it bears repeating.

Throughout most of the 1980s and into the early 1990s huge swaths of the American public genuinely believed there was a global conspiracy of Satanists, which had infiltrated their neighborhoods, daycares and schools for the sole purpose of corrupting and abusing their children, as well as destroying their faith, their families, and their tight-knit neighborhoods. Now if that sounds patently ridiculous, that's because it is. But for reasons that will become clearer (if not more understandable) this panic had a death grip on the American conscience for nearly a decade.

Not only that, but there are still remnants of this panic with us today. If that doesn't scare you, wait until you get the details about what actually happened during this period of American history.

How Did This Happen? 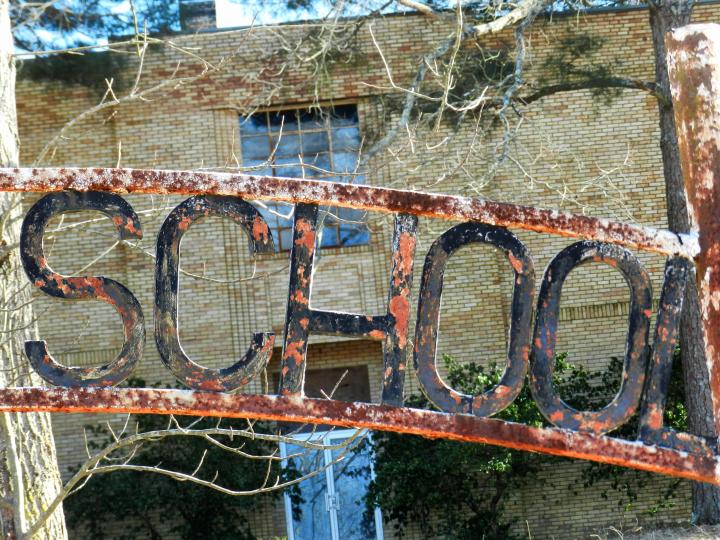 The incident that marks the start of this panic, according to Real Clear Religion, were accusations made in Manhattan Beach, California in 1983. A 39 year-old woman accused teacher Raymond Buckey, a man who worked at the reputable McMartin Preschool, of having molested her two and a half year-old son. While this might seem like a regular crime to be investigated by the authorities, the distraught mother didn't let the accusations stop there. By the time she'd finished, the story was that hundreds of children had been molested through this school, and that Satanists were responsible for doing it. These same Satanists, who apparently used occult symbols in intricate rituals and wore black robes, were also responsible for animal sacrifice, and the physical and psychological torture of children.

Yes, the woman making these claims suffered from documented paranoid schizophrenia. Despite that telling fact, police decided to inform the parents of all the McMartin students that their children may have been molested, despite the lack of any actual proof. The children were interviewed by psychologists, and even though none of them had actually been molested, the children wanted to tell the grown-ups what they wanted to hear (this incident is one of the reasons that interviews with children are now held to such stringent standards by authorities). As such, seven teachers were accused of lurid, exotic, terrible, and, on occasion, outright impossible crimes.

The trials went on for seven years. And that was just the beginning.

The McMartin incident didn't happen in a vacuum; it was just the spark that lit the powder keg America had become over the past few decades.

Rewind a moment to the 1960s. As Vox points out, it was a time of great social upheavals. Organized religion was suffering real blows, and it was doubling down on tradition, while clutching its pearls at change. Civil rights were progressing, protests were widespread, and people were demanding upheaval to the status quo. Then as the 1970s came around, we saw serial killers grow into figures of genuine menace, along with more alternative spiritual movements, and the release of The Satanic Bible. Horror films exploded, muddying the waters between reality and fiction with films like The Exorcistturning Ouija boards from a childhood game into a serious tool of the occult practically overnight. The evangelical right was rising, fighting against a changing country, and stoking fear in order to do it. The belief in literal angels and devils, as well as in actual evil cults, was one tactic that churches used to scare up their following, and to demonize those they saw as enemies. Pressure was building as the world moved on, and all that pressure needed was a way out. You add in the growing awareness of social problems like child sexual abuse, stranger danger, the dissolution of the standard family, and the ongoing changes of a culture war, and you've got a pot ready to boil.

And this perfect storm of paranoia and terror latched onto Satanists. Because someone had to be causing it all. Someone had to be orchestrating the awful state the world was in. And Satanists was as good an answer as any, it seemed.

Once the McMartin incident happened, it set the national stage for copycat accusers. Satanic Ritual Abuse (SRA) was the term created for this crime that had never actually been confirmed, and it soon became a social weapon used for personal gain. According to Theistic Satanism, SRA would come up in divorce proceedings, or in instances where someone wanted to take custody of children away from their parents. It was talked about endlessly on shows by people like Geraldo Rivera, putting it right in the general public's living rooms. Guests with dubious credentials talked about how they'd been in cults, each trying to top the other's stories in terms of lurid awfulness in order to boost the ratings. Everyone, it seemed, was selling the story that Satanists were everywhere, and you could barely turn around without a news bulletin, recently-authored book, or movie claiming to be based on true events that promised with a straight face that the Satanists were out to get you. 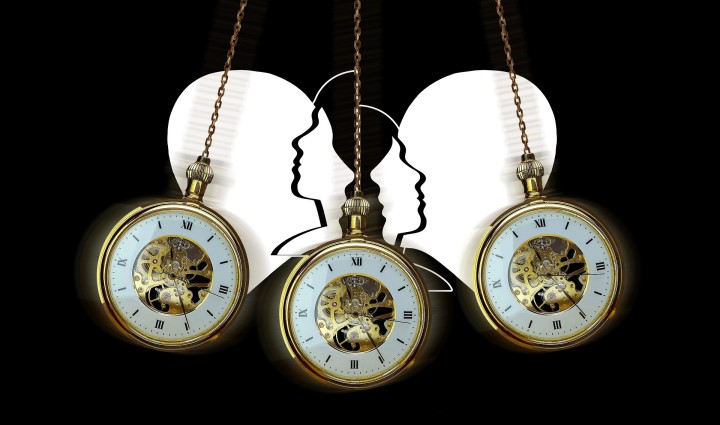 This whole situation was made worse by a practice that was debunked by science almost immediately, but which persisted nonetheless; recovered-memory therapy.

This practice is so ridiculous that its become a trope. The way it works, if you've never seen it, is that someone perfectly normal undergoes hypnosis and "remembers" they were raised by a Satanic cult that abused them. In some cases the individual was forced to have children, before the cult took those children as a sacrifice to the Dark Lord. While trauma affects different people in different ways, and there are often people who don't remember events clearly (or even at all), the idea that you can just bring those memories back to the surface with a pocket watch, a metronome, and a calm voice is patently ridiculous.

Unfortunately, the practice was touted in the bestselling book Michelle Remembers, which is properly regarded as sensationalized fiction now, but which was initially swallowed by the public as fact. And although there were plenty of professionals at the time declaring that's not how the human mind works, the idea captivated the public. They didn't want to hear about how it wasn't true.

While it sounds like the perfect scoop of laughable ice cream to go with this big slice of hysteria pie, recovered-memory therapy was very commonly practiced during this panic.

So What Made It Stop? 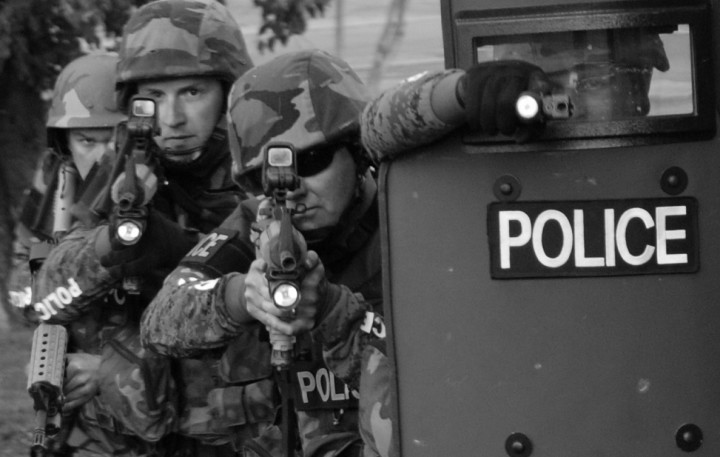 Facts helped. A little, at least.

The whole conspiracy got so big that evangelicals and talk show hosts could, without so much as a smirk, claim that heavy metal albums played backwards told kids to worship Satan. They said that violent cartoons were paving the road to hell, and that roleplaying games like the very popular Dungeons and Dragons were seducing young people into occult societies, and preparing them for roles as Satanic priests.

Then the Satanic Panic, like all beasts born out of ignorance and fear, was killed by facts. Or, at the very least, mortally wounded by them.

In the early-to-mid 1990s the FBI launched a thorough investigation into SRA allegations, and found that none of them had happened. There was no evidence of a conspiracy, Satanic or otherwise, to abuse children. While child sexual abuse and child pornography had received a great deal more attention from law enforcement over this time, none of it was connected to Satanic cults in any way. In short America's fever broke, and it wondered what it had been raving about for the past few years.

The Satanic Panic left scars, though. Hundreds of people, including the teachers in the initial incident, lost their jobs, their children, and in many cases their freedom for years. People are still in prison for "crimes" that were supposedly related to Satanic cult activity, and are only just now being exonerated.

If you think this kind of hysteria is behind us, just watch the public's reaction the next time there's a school shooting. It was the video games. It was the rock and roll. It was the roleplaying games, the comic books, and the cartoons. It was the devil.