by $LeavieScott7414 2 years ago in fact or fiction
Report Story 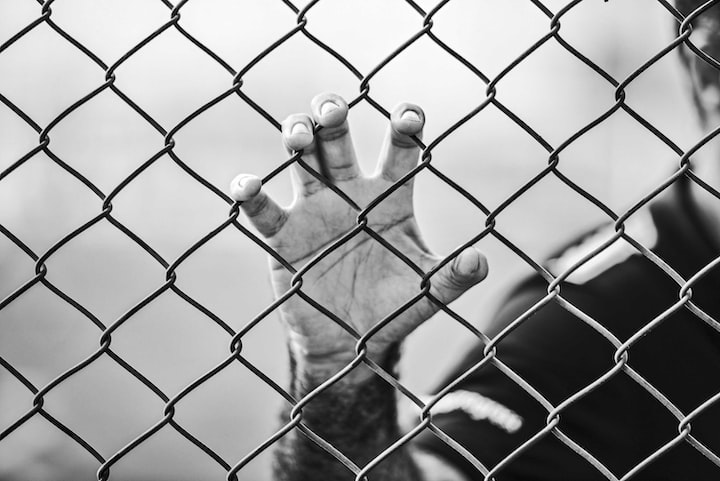 Photo by Milad B. Fakurian on Unsplash

It has been an open Pandora's box for gross staff abuse of prisoner's rights. Prison employees file false disciplinary charges against inmates in retaliation for inmates writing complaints. The legal argument is aimed at improper prison conditions of an over 100 year old prison and their racist authority toward African Americans. I decided to do a little more about my situation than the average prisoner in my situation. First of all, take a look at the commissary, commissary staff made jokes with several inmate workers. Saying things like, "How much do you think we could sell the pre-cooked chicken for?" Dollar amount was speculated among staff and inmates, like a business deal in hope of high profit. Don't hesitate to seek an audit of funds and prices on the commissary for embezzlement of money. This 100 and eight year old institution has no in-cell air quality and isn't applicable to federal, state, or local building codes. There is no medical emergency buttons inside the cells, nor does the fire sparkler system work inside the inmates cells. This constitutes serious life safety threats to the occupants of the over-crowded facility. The education department doesn't offer any academic, vocational training or pre-release programs. Let alone any heat for the winter months unless it happens to be during the couple of days the Reginal Director visits. These methods in the education department have been going on for several years here. The visiting rooms don't have sufficient space to provide our loved ones with a comfortable visit. Our visitors are shoulder-to-shoulder "Adjacent", crammed tight! The inmates are packed shoulder-to-shoulder, leaving no privacy to talk with our loved ones, one has to talk over talk the entire visiting area to be heard. It's like having a big hostile group discussion. To make matters worse and very unpleasant about being adjacent, shoulder-to-shoulder with another inmate is the fact that an inmate could engage in a secretly uncontrollable sexual manner with your children and loved ones in a perverted way. This draws a lot of tension during the whole visit and discourages our loved ones from ever returning. The federal regulation and policy that governs the mail has been violated. Under 18 1701, 1702, 1703, which states that whoever improperly detains, delays with design to obstruct the correspondence or destroys the same shall be fined or imprisoned not more than five years, or both. A search warrant needs to be issued to the mailroom staff because the inmate population has inmates missing pictures, letters, postal cards, money orders, newspapers, and other miscellaneous things that are authorized by the B.O.P., even when unauthorized property is mailed to an inmate it is not properly handled by B.O.P. standards. This one white racist officer that works on B-Lower, heavy-set with a baseball cap works on the midnights, saw an African American on a visiting picture with a white woman, the African American inmate attempted to mail the photo to his Fiance to obain copies. The picture never made it to her but the letter did. This officer disposed or stole the piture out of racism. The administrative remedy program coordinator is a waste of tax payers dollars because he fails to operate properly. On most cases he secretly disposes or denies receiving our complaints that have validity. There's asbestos throughout the whole institution, especially in the living areas. It's visible on the interior and exterior of the housing units smeared on the windows, including the floor. This federal institution is a medium security facility but they don't allow "night yard" like the rest of the medium security facilities. There shouldn't be any favoritism between medium security facilities. If one works during the 7:00AM-3:00PM shift, there's no outside recreation for the working individuals. Please contact B.O.P. concerning "The Second Chance Act". The B.O.P. repeatedly violated the statue plain intent of congress by adhere to the former rules that effectively limited Community Correction to six months. B.O.P. failed to adopt the common sense position of congress, that in general, more time in the community transition programs increase the fiscal and individual benefits of employment, family reunification, and less stringent custody. This would also help tax payers because inmates pay 25% of his/her employment check. The B.O.P. raise frivolous claims to stop inmates, only to be struck down by federal courts, and ruling in the inmates favor which cost tax payers for legal fees. The counselors procrastinate on putting inmates family on their visiting list. Case managers don't give phone calls on holidays to needy inmates. There's this one prison official that makes sexual advances towards the inmates, goes by the name Forslof. The Unicor payscale needs to be revisited due to it not being revised since the mid 80's. Don't hesitate to contact the warden or the regional director and look into these serious matters. Thank you for your time and help in advance, keep your head up!

More stories from $LeavieScott7414 and writers in Criminal and other communities.