by Monica DeMill 10 days ago in investigation

Ah. Young love. It sure makes you blind. While it looks picture perfect, can be toxic...

In an Early November morning in 2016, Jill Walker, Emma's mother, went to go wake Emma up for school. But what she encountered was a lifeless, unresponsive body.

Who would do this to a loving, kind and independent teenage girl? A girl who just wanted to grow up and fulfill her dreams of becoming a neonatal nurse. (A nurse that takes care of newborn babies.)

She sounds like the sweetest girl in the world.

So, who would do this to her?

Of course her mother called Police, and they helped her try to do CPR. What she didn't notice, was the Bullet hole behind Emma's ear, and the two bullet holes in the wall....

Her parents always kept a close eye on Emma and her boyfriend, William Riley Gaul - who goes by Riley.

They got together when Emma was 14, so of course the parents kept a close eye. And they said the first couple of months was fine. And then the red flags were showing up.

Riley started talking to his Ex, playing both of them.

But it turned very Toxic from there.

The way he spoke to Emma worried her parents, and the couple would be off and on again in their relationship.

Friends said they grew concerned because it became apparent to many of them that Gaul didn’t want Walker to hang out with anyone but him. He became very controlling, and clingy.

Eventually, her parents started limiting the time the couple could spend together. They didn't like the way Riley treated their daughter. And Emma just seemed to brush it off when Riley was especially cruel, demeaning, or controlling.

After a big break up, one text read, "You're dead to me. I will be reading the obituaries."

And the next day, it would be, "I'm so sorry, I love you more than anything in the world."

But love can be blind. Especially when you're young.

Emma, being the stubborn teen she was, ignored her parents. She pretended to go to a friends sleepover, and instead, was caught in Riley's car doing...who knows what. (I think we know.)

That was the last straw.

Her parents forbade her from seeing Riley ever again. At first it did not stop them. Riley bought Emma an ipod to keep in touch, and the more Emma was denied her time with Riley, the more she wanted to be with him. Even though the nasty messages and immediate apologies did not stop.

Eventually, her parents decided to hover. They monitored everything Emma did, and only allowed her to leave the house for school and cheer. 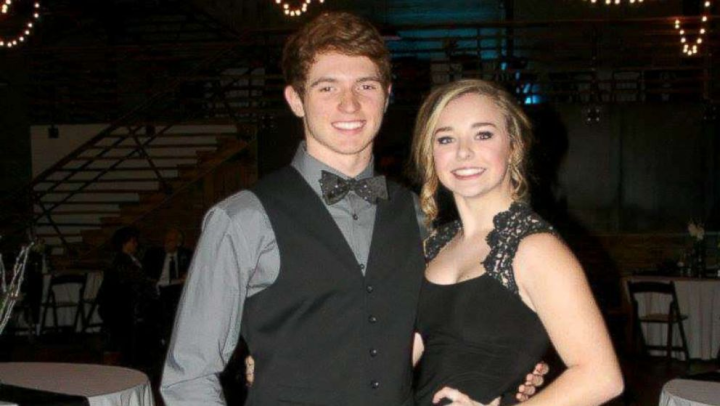 And they said it actually seemed to help for a bit. Emma seemed... happier... It's like she was her old self again.

And finally, Emma officially broke things off with Riley. It was all over. Right?

He refused to accept it. He even became suicidal and depressed.

The weekend of her death, weird things started to happen...

She began receiving texts from an unknown number. One telling her to come out to her car alone. Saying, “I don’t want to hurt someone.” And when she wouldn’t listen, the responses became more threatening.

She thought it was a joke, responding, “I know you’re one of Riley’s friends, you don’t fool me.”

Still thinking it was a joke, she ignored the texts.

As 11:50 came closer, she kept getting texts saying, “have it your way.” And “so sad how someone can suddenly mean nothing to you.”

Now, at this point, wouldn’t you call police? Someone you love is probably in danger?

But she thought it was a joke. She didn’t even think of contacting police.

The next day, she got a text saying Riley was left in a ditch at her friends house. Knocked out, not dead, as a “warning” to her.

And there Riley was, in a ditch.

Her friends were extremely suspicious. Notating that he acted very confused as to how he got there and was kidnapped, and holding his head- but Emma was too distraught. Too busy crying her eyes out and stressed, to realize it might just be a rouse.

Numerous people tried to call the cops, of course, but Riley just kept saying, "No, no cops!"

The following morning after that instance, a strange man in black followed her home and knocked on her door repeatedly.

Terrified, Emma texted Riley, “I hate you. I don’t know what will ever become of us but I’m terrified. I need you right now.” To which Riley responded, "I'm coming, I'm speeding just give me a minute."

When she failed to meet up with her mother that morning, Jill Walker (Her mother) returned home to see her daughter standing on the front lawn with Riley.

“My first thought was, ‘You're kidding me. He knows he's not allowed here,’” Jill Walker said. “So I just get out and ask him to leave politely, and he says ‘no, I'm here to help ... I'm making sure Emma is okay,’ and he's trying to talk to me, and I just said, ‘You know you're not allowed, you need to leave.’ And he did leave.

"I said to Emma, don't you find it odd that Riley was involved, or appeared at both events. She said, no it wasn't him Mom, it wasn't him,"

And that night, Emma told her parents to make sure the alarms were working. She didn’t even feel safe in her own home.

By Sunday night, things seemed to go back to normal.

After checking for a pulse, Jill couldn't remember much else about what she did other than called 911.

It didn't take police long to realize it was definitely not a suicide.

Emma Walker had been murdered.

Two shots had been fired into her bedroom. One striking her in the back of the head, and the other lodging into her pillow.

When the investigation started, there was one name they kept hearing over and over again.

Everybody kept giving the detectives the name because of their relationship; how he treated her and spoke to her.

Riley mourned her through social media. One tweet said, "Rest easy now sweetheart. I love you forever and always."

One of his friends later told "20/20" that Riley admitted he had stolen his fathers gun. Not because he was suicidal, but because he felt like others would come and try to take his life.

Riley had also asked another friend how to get fingerprints off of a gun.

And even while he was being interviewed, he would only refer to Emma as "The girl."

The detectives said they thought they would be dealing with a grieving boyfriend. However, he didn't seem to care at all. They said it almost seemed rehearsed. 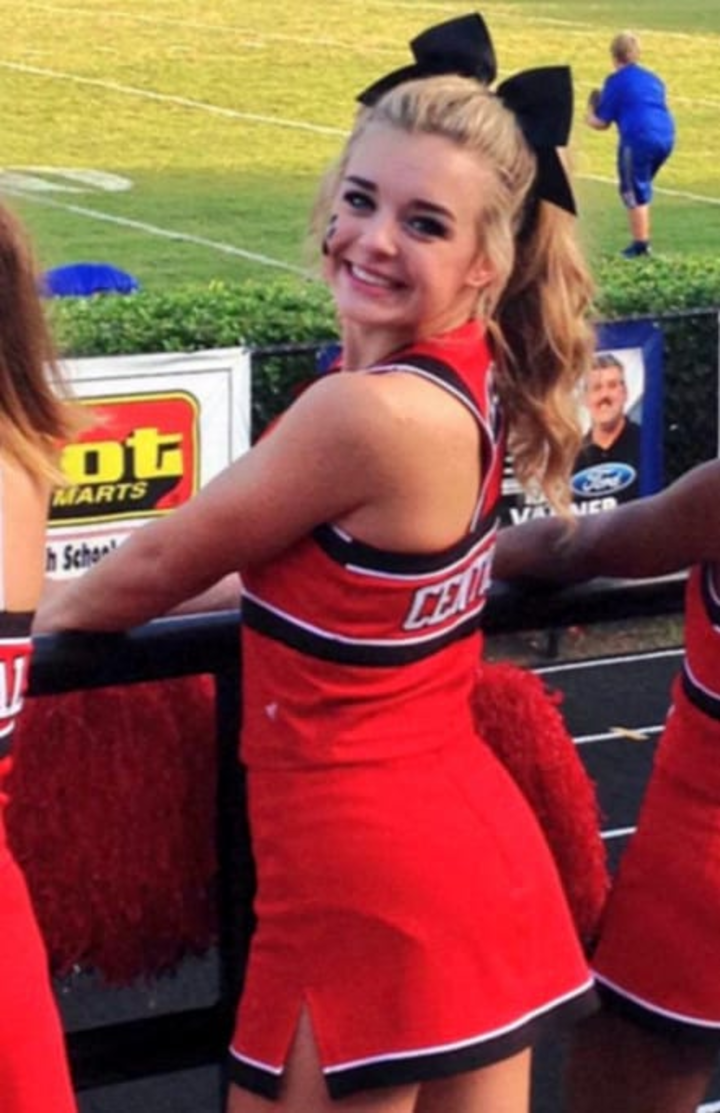 "The girl, she texted me," Riley told Detectives.

"Which girl?" The detective asked.

"The one that passed away,"

He also denied knowing anything about the gun he had talked to his friends about.

"Those two young men contacted us and asked if they could help us get what they believed to be the murder weapon back," The detective told "20/20".

So they collaborated with these two friends and attached wires to them.

They also confirmed he was the "man in black" Walking around Emma's house and stalking her.

At his trial in 2018, Riley told everyone that he never intended to kill Emma. He just wanted to scare her into coming back to him. The shots were never meant to be fatal. He also apologized to the family; saying it is on his mind every day. But still said it was accidental.

"I'm sorry I took Emma away from you, that I robbed you of the experience of watching your daughter grow up," Gaul said in court. "What I can do is tell the truth about that night... I wanted to scare her... I never meant to take Emma's life. Again I am sorry."

It's her mothers hope that people will remember her and her story, and just remember to be kind to others. "Her mother said she loved animals and wanted to be a NICU nurse, so the family has since gotten a dog park and a NICU patient room at East Tennessee Children’s Hospital named after her." Wrote ABC.

I hope this does become a lesson, or something to remember.

Know your worth and what you deserve and never settle for less.

Unfortunately this is a more common occurrence than we realize.

Thank you for reading, and please feel free to leave a tip/comment if you liked it or even if you'd like to see more True Crime articles!

I have a loving husband, two adorable cats, I work full time, and I love making people smile!

The world is my oyster but I hate seafood.

See all posts by Monica DeMill →