The Unsolved Murder of Mavis Hudson in Chesterfield, England

by Elizabeth Iris 10 months ago in investigation

Mavis Hudson was just 15 years old when two young boys found her body in a derelict building belonging to the closed Scarsdale Brewery on Spa Lane in Chesterfield, England on the 27th of December 1966. 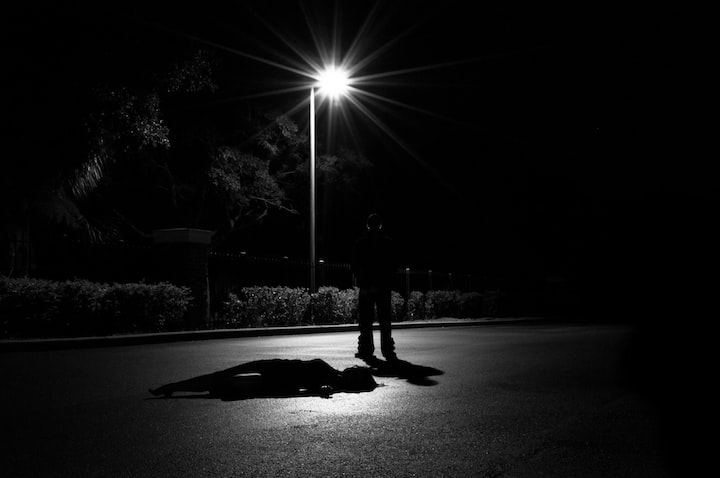 Photo by Lacie Slezak on Unsplash

Mavis Hudson did not have the best of childhoods. It was alleged that she was a handful for her widowed mother, and despite being only 15, she was a smoker and liked the company of older men. Due to her behaviour, Mavis had spent some of her adolescent years living in a children’s home. Her mother also told investigating police officers that Mavis had run away from home on several occasions.

The doctor's report into Mavis’s death stated that she died of asphyxiation and that most likely her time of death was somewhere between 10 pm on the 26th of December and 2 am on the 27th of December. With no forensic or DNA testing around in 1966, police tried to piece together Mavis’s last movements before her death from witness accounts.

Several members of the public said that they saw someone matching Mavis’s description at the Silver Blades ice skating rink on Queens Road in Sheffield at approximately 10:45 pm. The Silver Blades, now the Grosvenor Casino, is over 11 miles away from where Mavis’s body was found. To back up this statement, another witness said they saw Mavis on board a bus travelling from Chesterfield to Sheffield at 8:45 pm. The bus conductress also said that she saw Mavis on the bus at 8:30 pm with a group of youths. However, none of the youths was ever traced. Another witness said they saw Mavis walking along Lordsmill Street towards Vicar Lane in Chesterfield at 9 pm. Which would mean that it was not Mavis that witnesses saw on the bus.

In his book, Unsolved Murders in and around Derbyshire, Scott Lomax notes that other witnesses claim that they saw Mavis at the Queen’s Head Hotel on Knifesmithgate in Chesterfield at the times of 9:45 pm and 10:30 pm. In an article written for the Birmingham Daily Post on Thursday 29th December 1966, it was stated that Mavis’s mother had told police that a female friend stated that she had seen Mavis entering the Queens Head Hotel with a blonde woman on the evening of the 26th of December.

The article also states that Mavis’s mother, who worked as a barmaid at the Sun Inn, stated that Mavis left her company at 8 pm in order to return to her foster home on Wellbeck Road in Bolsover, approximately 6 miles away from Chesterfield and that she would return home to her mother's house by 9:30 pm.

The investigating police officers were faced with several witnesses, all claiming they saw Mavis the night she died, but in different locations. If she was on her way to Sheffield, she could not have been in the Queen’s Head Hotel in Chesterfield. Unless, as Scott Lomax states, ‘the witnesses could have been slightly wrong with their timings’. If Mavis was in Sheffield, how did she get back to Chesterfield? The last two busses running from Sheffield to Chesterfield left at 10:30 pm and 11 pm. However, if she was at the Silver Blades at 10:45 pm, she did not catch the 10:30 pm bus home. Perhaps she got a lift back to Chesterfield, maybe with her killer?

Despite the efforts of the police, the jury concluded in March of 1967 that Mavis’s death was ‘caused by a person or persons unknown’. The jury believed the killer did not mean to murder Mavis, and that she possibly died as a result of a sex game gone wrong. However, the police and the coroner thought differently, they thought Mavis was murdered. The jury was asked if they would like the word ‘murder’ inserted into their verdict, they declined. Robbery was also ruled out as a motive as she had money in her handbag when she was found. Remember, despite her reputation, Mavis was still only 15 years old, would a 15-year-old girl be playing sex games?

As I was reading about the case, I wondered, were members of the jury biased? As Scott notes in his book, Mavis was not well-liked in her local area due to her ‘loose’ reputation and there were rumours of her being a prostitute, but without evidence. Many of the families in the area where Mavis lived had traditional Catholic beliefs, with their children attending the Roman Catholic school on Cobden Road in Chesterfield. Could the majority of the jury have been Catholic and came to their verdict because of Mavis’s reputation?

There was no evidence that Mavis had engaged in sexual intercourse either. However, when she was found, she was almost naked and her pants were found at her side. The Home Office labelled her crime as an ‘unsolved murder committed during a sexual assault’. There was also no evidence of a struggle and the only bruises were on her throat. No screams were heard so perhaps she knew her killer and went into the building of her own free will?

Back in the 1960s, Spa Lane where Mavis was found was frequented by couples, prostitutes and those committing adultery. A car was seen on Spa Lane at 1 am. However, the couple inside never came forwards. Why was this, could it have been a couple having an affair, or was it Mavis in the car?

Rumours circulated about the case. It was alleged that a policeman confessed whilst in a Chesterfield pub that Mavis had undergone an illegal abortion that had gone wrong (abortions were illegal in England until 1967). However, if this was the case, why was this not stated in the coroner's report?

In his blog post, “The Maniac in the Marigolds” Paul, host and writer of The True Crime Enthusiast Podcast notes that Peter Joseph William Pickering, a 34-year-old unemployed convicted sex offender, could be a suspect in the case. However, Pickering could have been in prison at the time that Mavis Hudson was killed, but the detailed records of his imprisonment in the 1960s are insufficient.

As of 2021, the case remains closed, despite requests to re-open the case and apply modern forensic techniques. Hopefully, in the future, Mavis’s case will be re-opened and her killer identified.

Unsolved Murders in and around Derbyshire by Scott C. Lomax.

I have an MA in public history and a BA in American studies. I love history and travel and enjoy writing articles on both subjects.

Receive stories by Elizabeth Iris in your feed
Elizabeth Iris
Read next: A Shameful Truth Declassified in ‘The Mauritanian’