by Shamar 2 months ago in fiction

What you ask to come to you, may push out something far more important. 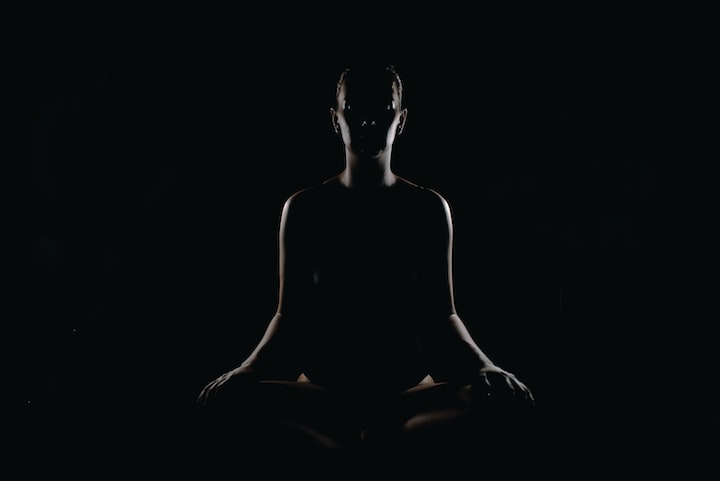 Photo by Max on Unsplash

What is the Law of Attraction? Well, it is the belief that the universe creates and provides what you ask for and manifest. Chastity sure as hell believed that it works. Like David O. McKay stated, your thoughts are the architects of your destiny.

Most of the time, if not the vast majority, she was listened to by the universe and rewarded her needs. How did all this start? She doesn't even properly know, she just came across an article about it on the internet and gave it a try. Ever since that day, it never failed her.

Regular manifestation and meditation was a big part of Chastity's life as it allowed her to clear her head, set positive visions and positive vibrational energy. With half an hour of meditation a day, she'll do anything to stay connected to her spiritual guides.

Her friends and family often commented that Chasity resembled a typical yoga or spiritualist teacher. Long, sleek shiny brown hair, pale white skin with piercing green eyes and long thin legs. No scars or spots to be seen on her face or her body, aside from her five small tattoos. At a height of 5"9, she was fairly tall and spoke with a calm, slow and tender voice and never had anything but a smile on her face.

In fact, the name 'Chastity' is a Roman Catholic concept that is regarded as essential in maintaining the unity of the body with the spirit and the integrity of the human being. She knew her parents had called her this name for a reason.

Chastity was truly at one with her highest spiritual self with all seven chakras aligned and her body clean of drugs, alcohol and even fast or processed food (aside from the occasional large pack of banana and shrimp sweets).

Chastity was now ready to attempt the ultimate manifestation, the lottery numbers. 6 to be precise. If she consistently manifested, begged, pleaded and reasoned with the universe, will she be rewarded the correct numbers? She knew it had been attempted by many folk, even witches, but none were yet to succeed.

Every day, she decided to spend all her meditation time asking for the numbers and speaking on why she deserved them. Chastity wasn't the poorest person as she had a stable 9-5 job, no husband, children or caring responsibilities. Just two black cats, Luna and Moona. So, why did she need the money? Well, you can never be too greedy with what you ask the universe as that is the whole point of the Law of Attraction. If you ask, you shall receive.

Numbers occasionally flashed in her mind, appeared in her dreams and popped randomly into her head. Chastity didn't want to miss one number, so she decided to buy a small black notebook with a fancy black glitter pen to write them all down. The numbers that occurred the most in her life within a time period of six weeks would be the ones she picked for the lottery ticket.

If anyone was to randomly open this notebook they would be convinced she's insane or trying to recreate the movie 'A Beautiful Mind' with Russell Crowe.

At long last, the six weeks were completed. Chastity woke up that morning with her hair tangled and knotty after thrashing around the night before and the hot summer sun beamed through her bedroom blinds. She could hear the heartbeat of Manhattan through her bedroom window. Lucky, empowered, motivated were only some of the positive feelings Chastity could describe.

No one had won the lottery for the last few weeks so it was a beautiful $11 million rollover on Saturday 6th March 2021. 11 was her lucky number, she even had it tattooed on her left wrist.

She sat up in bed, crossed her legs and began to meditate. "Come on, one last try. Dear spirit guides, please can I have the 6 lottery numbers for the draw on Saturday 6th March 2021?" She closed her eyes and after a few minutes saw a few numbers in the darkness, she couldn't always make out what they were but she tried her hardest.

After opening her eyes and looking on her bedside table for the notebook, it wasn't there. "Where's that damn notebook?" she thought, as she frantically turned left to right looking for it. As she placed her hand under her pillow, she felt the notebook, quickly wrote down the numbers she saw then proceeded with the remainder of her meditation time.

During a typical hot and sweaty summer afternoon, she decided to venture out to her local supermarket as her fridge and fresh fruit supplies were running low. Chastity parked her car, a beautiful white Tesla Model X, furthest from the store so she could try and catch a tan by spending as much time walking in the sun as possible. Before she got out the car, she reached for the black notebook on the passenger's seat to check that she had made no mistakes. 3, 7, 18, 24, 56 and 42. Those were the six divine and blessed numbers.

After her food purchase (no frozen or processed food, she didn't want the unhealthy toxins blocking the connection to her spirit guides) she went to the customer service kiosk to purchase the lottery numbers.

As she got to the front, she just so happened to look at the array of scratch card rolls on top of the front desk. The number 3 popped into her head and as she was starring at it, she felt like she was being called to it. Like she was being hypnotized and brainwashed, it resonated with her so well. How odd, as she never buys scratch cards.

Just as the cashier was processing her ticket, she added "oh and one number 3 scratch card please." Chastity had not even properly planned to buy this, it just came out of her mouth.

After robotically scanning the two items, the cashier wishes Chastity luck. She thanked her, pocketed the two items and walked back to her car. She clambered in the overly hot leather seat, picked up a cent from her cup holder and retrieved the scratch card from her pocket.

"Jesus, this thing cost me $5?" she screwed up her face in shock that she had allowed precious money to go to waste, even if it was the one time in a year and even though it had a hefty maximum price of $1 million. She scratched away. When all the card was revealed, she assessed it slowly. A loud gasp came out of Chastity's mouth as she dropped her jaw to her chest.

"Oh my God! Have I just won $20,000?" she asked herself. Her heart rate was beating so fast, she didn't even think Usain Bolt could keep up. There was so much emotion running through her body and combined with the summer heat she thought she was about to pass out. Quickly, she opened the window and resumed staring at the scratch card.

Clutching it to her chest, she decided the only way to resolve this was to go back into the supermarket. She had wished she had parked closer, as her legs were so wobbly from excitement and shock she didn't think she could actually move.

Her eyes set upon the customer service kiosk and there was no one in the queue. "Excuse me, have I just won $20,000?" she asked, as she handed the scratch card to the cashier. The same cashier as before just looked at it, took it cautiously and scanned the back of the card. At the same time, her manager overheard Chastity's question and came to watch the outcome.

"Oh my god, you've won $20,000!" You could hear the jealousy and shock in the cashier's voice and Chastity was glad the manager was there just in case the cashier tried anything stupid.

"The universe has blessed me again" Chastity thought. $11 million or $20,000, she was rewarded for her hard efforts. The cashier continued to gaze a very intimidating and questioning gaze at Chastity to the point where she was feeling slightly uncomfortable.

"My shift is over, bye Ryan and congratulations to you," said the cashier as she walked off. Chastity assumed the manager was called Ryan as no one else was around. The manager took over the till and explained how Chastity could claim her money and what numbers she would need on the card. They couldn't give her anything above $1000 in cash at the store, she would need to ring up.

As Chastity left the store, with an award-winning smile on her face and a gold medal spring in her step, she couldn't help but feel like she was being watched. She disregarded the feeling and assumed she would be feeling pretty paranoid after leaving a supermarket with a $20,000 scratch card.

When she pulled up on her driveway and got out of the car, with the same smile and spring, a car caught her the corner of her eye. That's funny, she had seen that car a lot down the highway. As she clocked it, it sped off. Chastity was not allowing any negative thoughts to manifest or intrude her mind, she was in her power and too buzzed from the win to pay attention.

Ten working days. That's how long it took for the money to reach Chastity's bank account. One of the first things she spent her money on were fancy moon-shaped giant clear quartz crystals. As she was ordering them on the Mac Book pro in her bedroom, she had returned the black notebook to its original position on her bedside table.

Smash! A noise downstairs resembled the sound of a broken vase. "What? It's not that windy..." Chastity thought. She got up, stood by the stairs and shouted "Hello?"

The universe had not warned her of a robbery? Nothing had come to her in her dreams, no signs in the streets.

She saw the shadows run towards the stairs before she heard the footsteps. Her intuition told her they had come for the money and it was the supermarket cashier. The cashier had obviously followed her home after her shift and had waited patiently to pounce. How could she be so naive?

Chastity ran back into her bedroom, slammed the door shut and looked for something to push against it for reinforcement. Unfortunately, she was too slow. The cashier managed to burst into her room dressed as black as their shadow; a black balaclava, black gloves, baggy combat trousers, an oversized black hoodie and black trainers.

Chastity was knocked back to the wall and there was a stand-off for a few seconds, but it felt like a lifetime. She took the first move by attempting to kick her computer chair at the perpetrator, she wasn't sure what good it would do but it was the best chance she had to jump out of the window behind her.

As she turned to jump out the window, the cashier raised their gun, shot Chastity twice in the back and she fell to the floor with her head turned to the right. As she began choking, struggling for breath, struggling to crawl away, the last thing she heard was the heart of Manhatten slowly come to a stop. The last thing she saw before she accepted her destiny, was the black notebook on her bedside table. Inside it, the winning lottery ticket for $11 million.