by Stefany Snedden 10 months ago in fiction

Randy Beckwith finally has a chance to see the world before it’s too late, but it comes at a cost. Will he be able to pull it off, or will it be over before it even started? 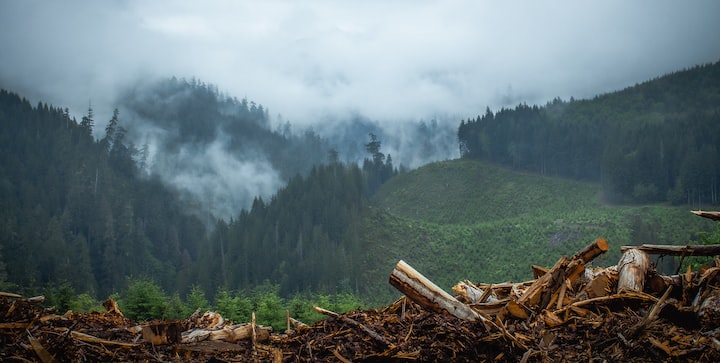 Photo by Jonathan Lampel on Unsplash

Opportunities like this don’t come around every day. The kind where deep down you know if you don’t take it, you’ll spend the rest of your life with regret.

There was no way Randy Beckwith was going to let this pass him by. The chance to sail around the world -- be in the waters of three oceans, on the land of five continents and breathing in the air of 44 countries. Randy, who had hardly explored anywhere outside of his hometown, was euphoric at the thought.

His younger brother, Ned, had an inside connection with one of the cruise ship’s managers. For just under $40,000, you and a partner could take off on a 180-day worldwide adventure, quite literally experiencing a whole new world.

But as the geographical poles are opposites, so were Randy and Ned. Ned was organized and meticulous; Randy was sloppy and disordered. As a result of their paradoxical personalities, Ned had a secure savings account that would easily cover his half of the trip. Randy had some money tucked away from his parent’s estate, but that barely covered even half of the portion he would need.

Ned had made him a deal that if he could find a way to acquire the rest, the two brothers would set sail for global seas.

Randy thought about the trip and looked around at the landscape surrounding him: a beautiful evergreen forest, boundless hills and an aquamarine river flowing beneath the bridge. It was beautiful, there was no doubting that, but it just wasn’t enough for him anymore.

“Hey bud, am I interrupting you?”

The hardened voice brought Randy back to reality, sitting inside a steel grey cage.

“Sorry,” he said, as he handed the Tony-Soprano-wannabe his change.

Once the gate was lifted under the sunny sky, Tony floored it the fuck out of there, a trail of residual gritty smoke left to saturate Randy’s lungs.

Randy was siphoning extra money out of the truck drivers that went through his booth. He didn’t love it, he didn’t hate it, but he did it because he had to.

The beautiful thing about staying in one logging town all your life is that you know everyone and you earn their trust. He’d spent his 56 years on earth in this town, and he had spent those years forming then solidifying relationships. No one ever looked at him too closely because he had never provided anyone any reason to.

The Timber River Bridge where he worked was a four-lane steel structure situated between two provinces -- one that had plenty of logging wood, and one that had a demand for it. Dozens of trucks passed over this bridge every week, and because there was always constant demand, there were constantly new hires unaccustomed with this toll bridge and thus the required toll fees. Randy knew when to pass and when to play because he recognized all the regular drivers, so an unfamiliar face meant the prices had just gone up.

He focused primarily on the logging trucks, especially if they were double trailers, because the more axles a truck had the more it cost for them to cross. Cars could get by paying the measly $4.50 fee -- in other words, not worth his time -- whereas a 9-axle truck was more in the $90 range, so when Randy said the toll had suddenly increased to, say, $150 (a modest surcharge), the Timber River Bridge foreigners would pay up and drive on, eager to drop off the load and pick up their money. Occasionally he would do it for smaller commercial trucks, but the best payoff was in the big ones.

Randy knew his credit was bad enough that a loan wasn’t feasible, and he had no credit cards to his name. He did what he had to do in order to take this opportunity.

The cruise was still over six weeks away, and Randy was hoping he’d have enough time to squander the remaining $7,000 he’d need to board that luxury ship to paradise.

It was just after 2 a.m. The sky was dark and the air was brisk. Nightshift was Randy’s favourite time to work. Something about the darkness and the dormant pace of life at this time made him feel more comfortable with what he was doing, as if the moon was able to mute his moral sense.

He saw yellow headlights coming up to him as he sat in his booth.

Traffic tended to die down in the overnight hours. Compared to most other toll bridges, Timber River was considered more inactive. All the better to cheat you with, my dear.

The tractor-trailer slowed to a jerky stop as it approached his window.

The driver came to a halt when it reached the gate and looked over at Randy. Randy saw a young face, greasy black hair and a fatigued look. A newbie driving a standard commercial truck -- five axles: regular charge of $30, tonight’s charge of $60. You had to be careful not too increase the amount too much to avoid suspicion, or a confrontation.

“Hey kid. Drivers license and registration please. Where you off to?” Randy asked as the driver handed his information over for review.

“I’m taking this load up to Rousseau,” he replied.

“What’s inside the truck?” Randy said as he skimmed the license.

“It’s a shipment of mattresses. Sealy, Serta, Simmons… all the best S’s back there.”

“Okay,” Randy said as he entered the weight on his dashboard. “Eighteen-wheeler… That’ll be $59.75 buddy.”

The driver reached over to grab the wallet sitting in his cup holder and slid out his credit card.

“Sorry kid, we’re having troubles with our machines right now. All just went haywire in the last hour, they’re working on it now. You got cash?”

He reached over to his glove compartment to pull out a white envelope stuffed with bills.

Randy knew he was likely to have cash; although nearly everything is electronic nowadays, truckers always liked to have bills handy in case they needed to bribe their way out of some minor infraction with highway patrol.

And the wheels keep on turning.

For the ones who didn’t have cash, Randy would start to take down their card information when the machines would just happen to be “restored.” Until someone spoke up, it would be hard to know what was going on. The cameras around the toll station were mainly focused on all the vehicles coming through, not directed towards the operators in the booths.

He handed him the sixty, Randy handed him a quarter and raised the gate.

Another one bites the dust.

Randy settled back and took a long sip of bitter and now frigid coffee. He looked up at the face staring back at him in the bright glowing moon.

I can’t wait to look at you from the other side of the world, Randy dreamed.

As the sun started to rise, Randy walked into his weathered-but-homey bungalow. Kicking off his boots, he pulled out his cell phone and realized the battery was dead.

He trudged along to his room, flopped on the bed and plugged his phone in. As he lay back on the mattress, wishing he had a better one that started with a swanky ‘S’ like those in the truck earlier, he started to think about the cruise. He was excited at the prospect of being able to see the world, but really what he couldn’t wait for was just to get to spend that quality time with his last remaining family member.

His phone vibrated on his nightstand, letting him know it had been charged back to life.

He reached over to see if anything had come through when his phone was off, and saw he had a voicemail from Ned.

He dialed in to his messages and pressed ‘1’ to listen.

“Hey Randy, hope you’re doing well brother! Listen, I don’t want to be an asshole or anything, but I just wanted to call to let you know that I’ve asked my friend Jack along on the cruise. No hard feelings Randy, I just know you probably won’t be able to spend that kind of money on a trip. Maybe next time, eh? Love you brother. Give me a call.”

The phone clicked as Ned disconnected the call.

Randy sat up, immediately deflated. His heart sank to the pit of his stomach. He needed this trip. He needed it more than Ned or anyone knew.

These lifestyle choices resulted in him finding out a few weeks ago that Randy had stage 4 lung cancer and extensive liver damage. He had a year left, at the most.

He had his hopes set on this trip, spending the last year of his life seeing a world he would soon never see again. If he wasn’t going then all of this money laundering would be for nothing. This was a once-in-a-lifetime opportunity in a lifetime that was almost over.

Five weeks later, Randy was again working the nightshift. For the time being, he had continued to funnel money. If he wasn’t going to sail the world, he could at least try to save up some money to go away for a few months somewhere exotic. It wouldn’t be the same, not spending that time with his brother, but it sure as hell beat sitting in this four-by-six-foot booth.

He saw that Ned was calling him again. He hadn’t spoke to him in the past month. It killed him not to be speaking to his brother, but all he wanted in the life he had left was that trip. The realization that he would never explore the world he’d always wanted to see was devastating.

He stared at the phone, debating whether or not to answer. Time was running out, both for the call’s rings and for him, and he knew it.

He pressed the answer button and held the phone to his ear.

“Randy, buddy! I’ve been trying to get a hold of you for weeks now! Listen, I’m sorry about before, but I’ve got some good news… Jack couldn’t get the time off work. Now I don’t know if you have the money or not, but we can make it work somehow, okay? I’ll cover what I can for you. The trip leaves Tuesday. What do you say?”

He knew eventually someone would catch on. The truckers would start to wonder why the prices had gone down considerably when a different booth worker was there. He would deal with that when he got back, if he had to.

But for the time being… he was free.

Receive stories by Stefany Snedden in your feed
Stefany Snedden
Read next: Leonarda Cianciulli: The Serial Killer Who Turned Her Victims into Soap