by Natalie Spack 5 months ago in fiction 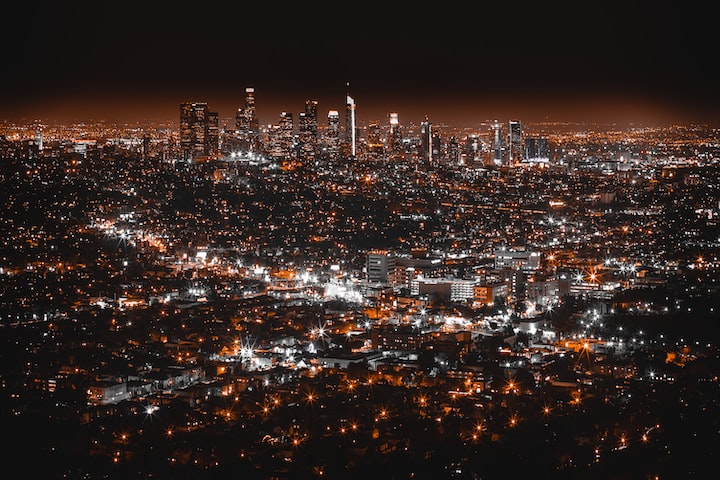 Cassidy kept her head down and her hood up as she crossed over to the opposite side of the street. She was now walking through the dreaded part of her daily morning walk. Her Nike footsteps quickened as she plugged her ears with AirPods to drown out the street sounds.

Tents and trash, turned into homes and treasured items, lined the sidewalk. The camp seemed to be growing — not what Cassidy had signed up for with her year’s lease. Mindless conversation carried on as dirt stained hands passed around joints and other things Cassidy didn't want to see. She now regretted wearing her hot pink hoodie. Her mom had given it to her when she moved to L.A. That was the final thing her suburban parents would provide for now. She had to learn to stand on her own two feet. Get a job. Learn responsibilities. Her hoodie was loud and had her name “Cassidy” monogrammed on the back. It seemed to be screaming to the homeless camp, “Look at me and learn my name.”

An older woman stood a few feet away from the blabbering group, isolated, in front of a blue, wind-torn tent. Her hair was dyed a cheap blonde and blotched skin hung from boney legs. Curiosity poured over Cassidy and she looked up for a brief moment. It was enough for the woman to catch her eyes.

Cassidy quickened her footsteps. "Crap. Crap. Crap.” she muttered to herself.

"Please help me!" The woman was now halfway across the street. "It'll only take a moment."

Cassidy couldn’t disregard her now. It was one matter to ignore the camp if they didn't address you; it was another matter to ignore an old woman crying out for help. Cassidy slowed down while keeping her distance. The old woman cautiously approached, holding out a small black notebook. It reminded Cassidy of a notebook her dad always kept around. Much too nice and well kept for a homeless woman to be holding.

"My friend...my friend...she gave me this with a note inside. She was my friend. I knew so 'cause she said hi to me every morning. Every morning. Gave me chocolate and goodies." The woman giggled, revealing a mouth full of black holes and remaining yellow, rotting teeth. Cassidy took a step backward. She knew this had been a mistake.

"One morning she gave me this. Said she was moving away. But I don't know what my friend wrote me. I can't read." The woman began to whine. Cassidy felt her phone buzz. Probably work texts. She didn't have time for nonsense this morning.

"Okay, real fast." Cassidy took the notebook and then quickly took a small step backward, regaining her personal space. She froze as her eyes scanned the paper. Her heart began to beat faster as she read and reread the note from the woman’s "friend." There was something written about how much she had loved getting to know her and wanted to help her get back on her feet. Blah blah blah. Cassidy didn't care about that part. Her eyes stopped on one line: 10 digits, a username and a password. This stood out to Cassidy because they were followed by "twenty thousand dollars." These numbers were waiting there for her. Presenting themselves as a way to finally show her parents she was capable of standing on her own two feet. She looked at them over and over again. She had always been a fast memorizer. That was how she got all straight A's at her catholic prep school without paying attention. She had mastered the art of cram studying.

The woman watched Cassidy with a strange grin. In a brief instance, clarity and cleverness flashed across her wrinkled eyes. It was a look of satisfaction after hard planning. Cassidy was too busy memorizing to notice. When she did look up, the woman's eyes were backed to their glazed over expression.

"She just said she'll miss you and gave you this black notebook if you want to write down your ideas," Cassidy said quickly as she rubbed the leather of the black notebook, her new friend.

"But there's a number," the woman cried.

"Her phone number,” Cassidy replied cunningly. She thrust the black notebook back to the woman and began walking away as fast as she could, leaving the old woman alone in the middle of the street.

"But I don't have a phone!” the woman yelled after her.

Cassidy put her AirPods back in and began blasting "Money" by Cardi B, so she unfortunately couldn't hear when the woman called out slyly, after looking at her monogrammed hoodie, "Thanks, Cassidy.” She was too confident in her assessment of the poor old woman to even question the woman’s true intelligence and motives.

She was too busy dreaming. She was on her way to a good year. A year filled with a trip to Bali. A year when she didn't have to beg her dad for more money. A year when her friends, whose parents still gave them large sums of money, couldn’t leave her behind anymore. She kept repeating the 10 numbers, username and password.

Cassidy smiled perfect white teeth. Now she could prove to her parents her independence. In a state of euphoria she took a selfie, posed with her tongue sticking out the side of her mouth, and posted it with the caption "$$$$.”

She waited for the likes to roll in.

Day turned into night as Cassidy lay wide awake dreaming about what she would do with her 20k. Stupid old woman. She continued looking at the comments on her selfie. She wouldn't even know what to do with the money.

Suddenly, there was a banging on her apartment door. Cassidy sat up, afraid and alone. The banging continued, louder and louder. She put the covers over her head and shakily tried to dial 911. It was too late. Someone busted open the door.

"Don't move. This is the FBI. We know you recently transferred $20,000 of illegal drug money."

"We've been watching that money for months,” the voice said as footsteps approached her bed.

"You are under arrest."

The phone rolled under her bed and continued to light up from new likes and comments.