The Top 10 Most Psycho Serial Killers

by Raven Wade 8 months ago in guilty

These ten men and women have terrorized people for many lifetimes. They go above and beyond what humanity knows to be pure evil. They redefine deranged and they strike fear into the bravest of people.

These are the ten most psychotic serial killers. 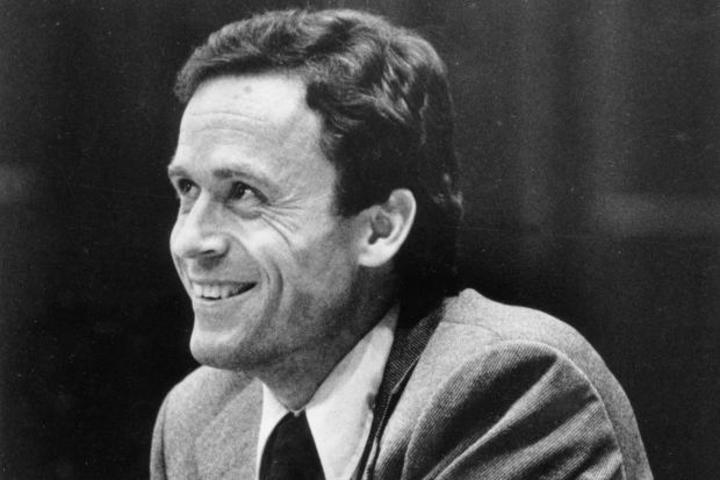 The well educated charmer who continues to captivate America as more and more of his sinister deeds come to light. Bundy started early on his demented path when at just three years old, he placed knives around his Aunt’s bed and laughed when she woke up distraught.

Ted Bundy primarily killed around the 70s and 80s but remains an area of curiosity for many. His killer charm and alluring attitude keeps the world studying his dark legacy. Bundy is easily one of the most evil killers to exist. He was also a kidnapper, rapist, burglar, and necrophile. His sick routine included kidnapping his female victims, raping them, and then dismembering them. He often kept their heads as weird and creepy momentos.

Before he was executed in 1989, Bundy admitted to kidnapping and murdering 30 women, though this number is probably much higher. 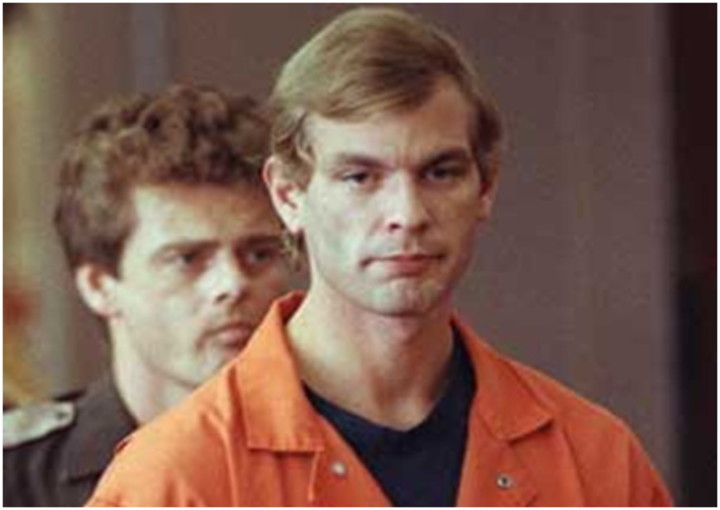 You can’t have a list of the most notorious serial killers without including the Milwaukee Cannibal.

Jeffrey Dahmer targeted young men and is said to have killed 17 of them between 1978 and 1991. Of these victims, 12 were killed in his infamous North 25th Street apartment. Three young men were later killed at his grandmother's home.

These weren’t his only victims murdered in a family member's home. In fact, his very first victim was killed at his parents' home in Bath, Ohio.

Dahmer killed his victims primarily by strangulation after drugging them with sedatives to prevent them from fighting.

Many of Dahmer's victims killed in 1991 had holes bored into their skulls through which Dahmer injected hydrochloric acid or, boiled water, directly into the brain in an attempt to induce a permanent submissive and unresistant state. Dahmer desired someone who wouldn’t refuse him in anyway but failed to create this in his victims. On at least three occasions, this action proved fatal, though that was not the serial killer's intention. 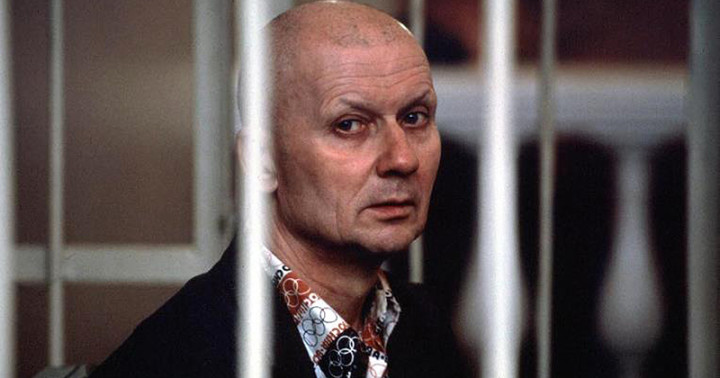 Andrei Chikatilo raped, murdered, and dismembered over 50 young women and children, including a 9 year old child. He killed his victims by stabbing and slashing them brutally with a knife.

The psychotic Russian serial killer later admitted that he was only able to orgasm if he was stabbing a woman, a key motivator in his compulsion to kill.

He coined the name the “Butcher of Rostov,” confessing to a total of 56 murders.

Chikatilo was executed by firing squad in 1994 with the last words... "Don’t blow my brains out! The Japanese want to buy them.” 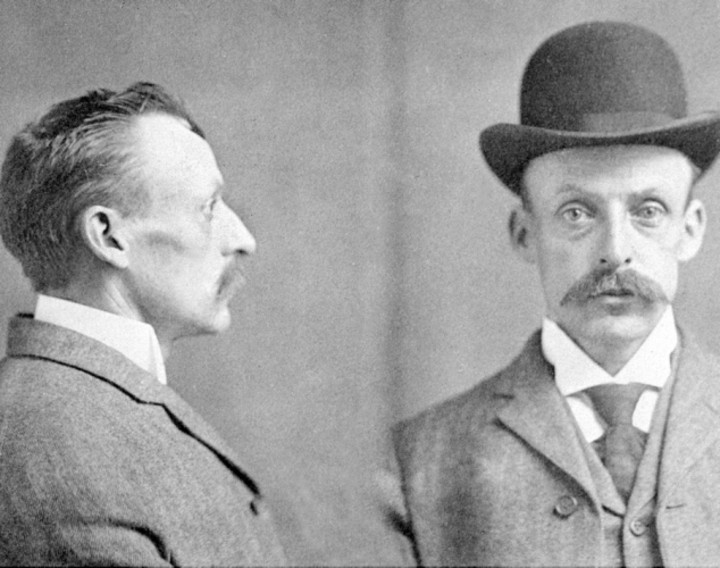 Possibly one of the most creepy individuals to exist, nicknamed, “The Boogey Man,” Albert Fish was found guilty of raping, killing, and cannibalizing three children in the early 1900s. Fish molested multiple boys throughout his career as a painter, once attending a waxwork museum and seeing a penis bisection exhibit. It was then he became obsessed with sexual mutilation.

Although he was only charged for three, Fish claimed that he had actually murdered close to a 100 children. He even stated boastfully that he “had children in every state.”

On one occasion Fish wrote a letter to the mother of one of his victims, 10 year old Grace Buds. The letter described how he had kidnapped the little girl, strangled her, and then cut her in to pieces for him to eat over the course of 9 days. 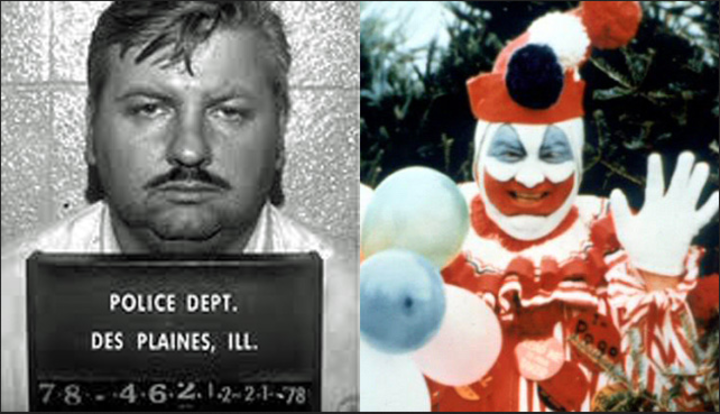 The killer clown, who ruined clowns for everyone else.

The man who is too insane for the word psychotic to be adequate. John Wayne Gacy was a married, employed father that worked children’s parties and charitable events in his spare time under the name “Pogo the Clown.”

Gacy would pose as a picture perfect family man and had the praise of most of his neighbors. However, when he wasn’t in the public eye, he would trick innocent men into coming over to his home. Once there, he would brutally assault and murder them.

Gacy was convicted of raping, torturing, and murdering 33 teenaged boys over a six year interval. His method of killing was either strangulation or asphyxiation. He then would bury the bodies in his crawl space.

Gacy was executed May 1994, with a last sarcastic growl of “kiss my ass.” 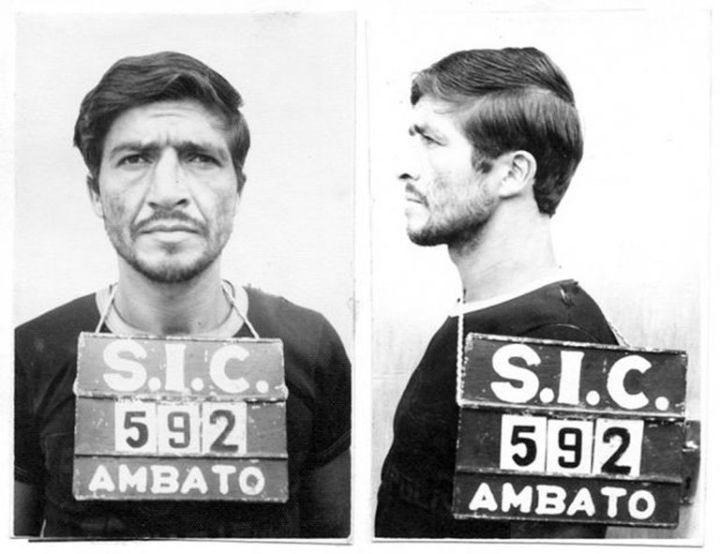 Pedro López’s killing spree is the stuff of nightmares. To make the senario even more terrifying, López is currently missing.

Pedro López admits to have raped and killed more than 300 women across Colombia, Ecuador, and Peru. One third of his victims were tribal women. In 1980, he was arrested, and eventually led police to the graves of 53 victims, all between the ages of 9 and 12.

López was tried and found guilty of murdering 110 girls in Ecuador, and another 240 in other Columbia. He was declared insane.

Astonishingly, López was released in 1998 for “good behavior.” Rumors continue to circulate on where he may be but no one can pin point an exact location on the deranged killer. 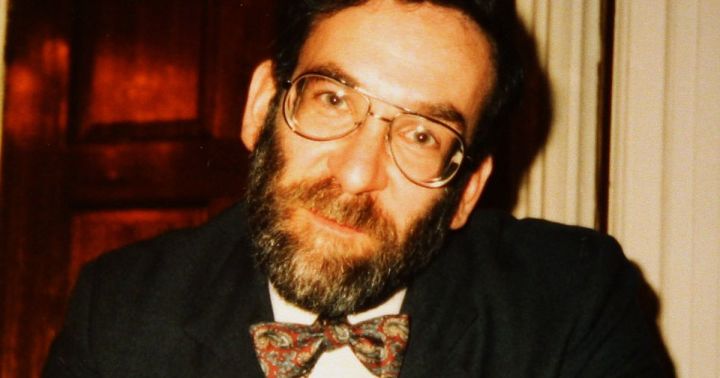 Dr. Death, or Dr. Harold Shipman, was a British doctor who killed hundreds.

Shipman's colleagues consider him to be a conceited and arrogant individual but he skated under their radar. They did eventually take note of the high volume of cremation certificates Shipman had signed off on. In addition, they were able to see a correlation between the physical traits of the victims. The majority were elderly women, who were sitting up fully clothed.

Despite the evidence, the initial investigation wasn’t handled correctly and Shipman was able to kill three more individuals.

Dr. Death was caught later that year when the daughter of his final victim, Kathleen Grundy, came forward and accused Shipman of murder and fraud. She claimed he not only murdered her mother, but also attempted to attain her estate by creating a fake will and naming himself her sole beneficiary. Grundy had not been cremated like his previous victims and an autopsy was conducted. The procedure revealed high levels of diamorphine, Shipman's murderous drug of choice. He was charged with 15 murders and was convicted and sentenced to life without parole in 2000.

Shipman did not serve much of his sentence. He committed suicide in his cell in 2004. 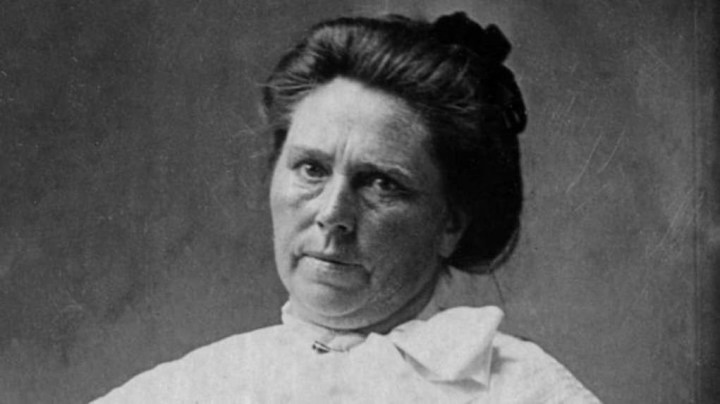 Insurance fraud and murder seem to be a trend in our top ten. Belle Gunness is no exception. She immigrated to America from Norway in 1881. She started a new life in Chicago, she married another Norwegian immigrant and the duo had four childern. Together the family ran a candy store, but by 1900 mysterious tradegies began to occur. The store burned down, and Gunness’ husband was dead. Both events were suspicious but Gunness was still able to collect the insurance payouts and purchase a new home.

She quickly settled on an Indiana farm and remarried. Eight months into the new marriage her new husband died under mysterious circumstances. Gunness stated he died from a lethal burn and that he had suffered a head injury from a heavy meat grinder. An investigation revealed no foul play and Gunness again recieved a hefty pay out.

She then began placing newspaper advertisements in search of a third husband. The only requirement was that her possible mates had to visit her farm. Multiple suitors made the journey, only to disappear shortly after arriving. Only one hopeless romantic lived to tell the story of his visit, stating he woke up to see a sinister-looking Gunness standing over him.

Her victim count is unknown, but she met a similar demise. A fire destroyed her farm in 1907 and her and her children’s bodies were found in the wreckage. Gunness’ body was decapitated and many didn’t believe it was Belle. The body was small and Belle was tall and heavyset. Her head was never found but the hunt led to the discovery of several bodies. These included her suitors and several children.

Ray Lamphere, a former employee of Gunness who she claimed had threatened her life, was arrested for the crimes. He was tried and only convicted of arson. Gunness’ true murderer remains unknown, though rumors continued to stir for years after her death claiming to have spotted the murderous bride. 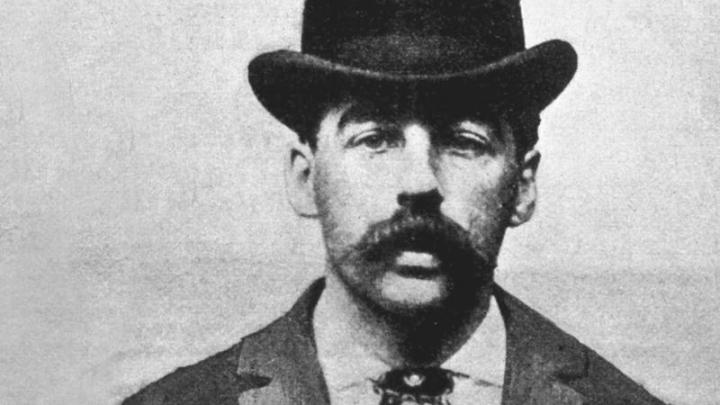 H.H Holmes spent his early years as an insurance scammer. He then moved to Illinois in lue of the 1893 Chicago World's Fair to work as a pharmacist. When he arrived, Holmes constructed what he called a murder “castle.” It was a three story inn that he turned into a torture chamber. He equipped the rooms with peepholes, gas lines, trap doors, and soundproof padding. He implemented secret passages, ladders, and hallways that didn’t lead anywhere. He also put in a greased chute that shot victims to his basement, where Holmes had established a surgical table and furnace.

During the World’s Fair, Holmes lured victims to his castle where he would suffocate them with poison gas and experiment on them. When he was done, he would cremate the bodies in his furnace, or skin them and sell the remains to a medical school.

While running his murderous lair, Holmes was running several insurance scams, collecting money from various life insurance companies. He was finally caught when an accomplice turned him in out of anger. Holmes had failed to deliver his payment promptly and he had sought out revenge.

Holmes was convicted of four murders and he later confessed to 27 more before being hanged in 1896. 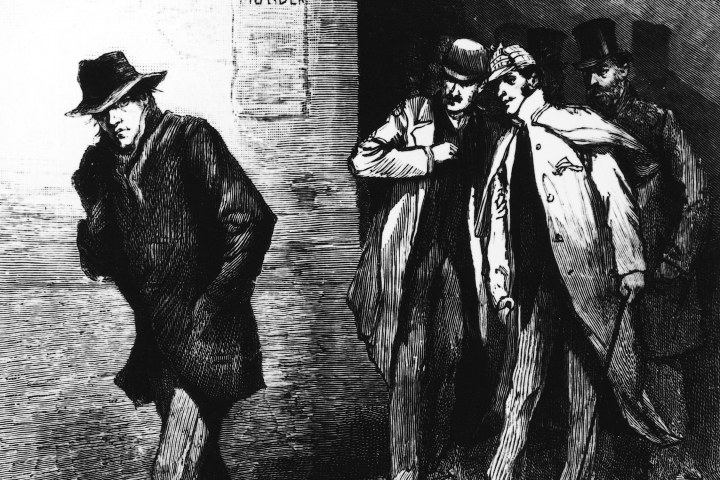 Possibly one of the most infamous killers to ever exist and he was never identified. In 1888, Jack the Ripper terrorized London’s Whitechapel district. Fear was spreading through the streets as a mysterious stranger lured women into alleyways and dark side streets. He would slit their throats and mutilate their bodies skillfully with a carving knife. He claimed five victims over that summer and fall and sent the media into a frenzy. The media uproar resulted in a city wide manhunt. Letters began to arrive from the killer to the London Metropolitan Police Service mocking their efforts and foreshadowing his murders to come.

Without modern forensic techniques, the case came to a halt. The police were at a loss on how to investigate the horrific murders. Jack the Ripper killed one more person in November before falling off the grid. The case closed in 1892, but there is still speculation on the killer's true identity. One of the most popular theories suggest the killer's strong understanding of anatomy and his skill with a knife meant he was possibly a butcher or surgeon. His true identity is unknown.

Raven loves to learn and express herself creatively, in addition to consuming others art and improving the quality of life for everyone.

How to Win Friends and influence People

See all posts by Raven Wade →