by Josey Pickering 2 months ago in investigation
Report Story 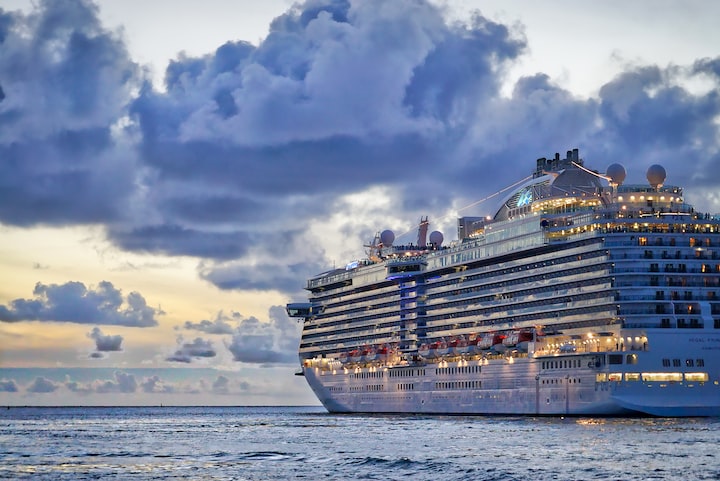 Photo by Peter Hansen on Unsplash

The last time her family saw her, Amy Lynn Bradley was on a cruise ship in the Caribbean. 24 years later, no one truly knows what ever happened to Amy Lynn.

On March 21st, 1998, Amy and her family boarded a Curacao bound Royal Caribbean cruise ship, excited for the vacation that lay ahead of them. Amy had recently graduated from Longwood University and was about to begin a job in computer consulting. What was meant to be a trip in celebration...turned out to be a nightmare. Two days later, in the early hours of March 23rd, Amy disappeared. She has been partying in the cruise nightclub with her younger brother, Brad, for the night. The befriended and drank with the ships band, Blue Orchid and around 3:35 am, Brad made his way back to the family cabin. The door lock system abord the ship was able to confirm this, and five minutes later, Amy joined her brother and the two slipped out to the balcony to talk until Brad went back in the cabin to sleep. Amy remained on the balcony to sleep, and when their father peeked out to check on her, noticed she was gone. He had stated that he woke up previously to glance out and verified he saw her from the waist down on the balcony chair. He noticed at 6 am however, she was gone along with her cigarettes and lighter.

Ron, Amy's father, went to search the common areas of the ship to no avail and woke the rest of the family up at 6:30 to assist in looking for Amy. The family went to the crew to beg them not to let any passengers disembark, but the crew found it too early to make any sort of announcement and did not then announce anything until nearly 8 am, after some passengers had already left for the day. The announcement asked for Amy to report to the pursers desk, but after Amy never showed up, the crew finally decided to search the ship for Amy. However, it wasn't until after noon, six hours after Ron found his daughter missing, that the ship search was even conducted. Though no foul play was suspected, and Amy was a very strong swimmer, the Netherlands Antilles Coast Guard conducted a search after the first authorities were informed that Amy was missing. The search was inconclusive despite initial suspicions that Amy might have attempted suicide or otherwise fallen overboard. Two passengers claimed to have seen a woman who fit the description of Amy in he elevator with her lighter and cigarettes, but little else was seen or heard of Amy. Aside from her brother, Brad, the last person to see Amy was on of the band members, but he apparently left the party long before Amy and Brad did.

To this day, no one knows what happened to Amy Lynn Bradley, though there have been several sightings. Later in 1998, a cab driver stated that he saw a woman who looked like Amy begging him to let her use his phone, and that it was urgent. In the same year, a Canadian tourist saw a women with tattoos that seemed to match Amy’s being walked along the beach and desperate to get someone’s attention. Even stranger is that a Navy vet claims to have seen Amy in a brothel, working under the name Jas and stating she had been taken against her will from her family. He waited to come forward with the information as he didn’t want to risk his career by admittedly being in a brothel and didn’t share the information until he retired.

The resemblance is quite striking… eerie even. Many believe that Amy was trafficked, and even later in 2005, a woman described seeing someone in Barbados being watched and followed by three men. She matched Amy’s description, and even told the woman her name was Amy and she was from Virginia. However, Amy still remained missing and in 2010, she was legally declared dead.

However, the FBI is still offering up a $25,000 reward for any information that could lead to closure in Amy's case. The Bradley family is also offering $50,000 for information regarding her location and $250,000 for information that leads to her safe return. Amy Lynn Bradley has the following tattoos: a Tasmanian Devil spinning a basketball on her shoulder; the sun on her lower back; a Chinese symbol on her right ankle; and a Gecko lizard on her navel. She also had a navel ring at the time of her disappearance.

More stories from Josey Pickering and writers in Criminal and other communities.