"The Sincerity of the Village Juries"

by Philip Ebuluofor 6 months ago in mafia

The price of poverty 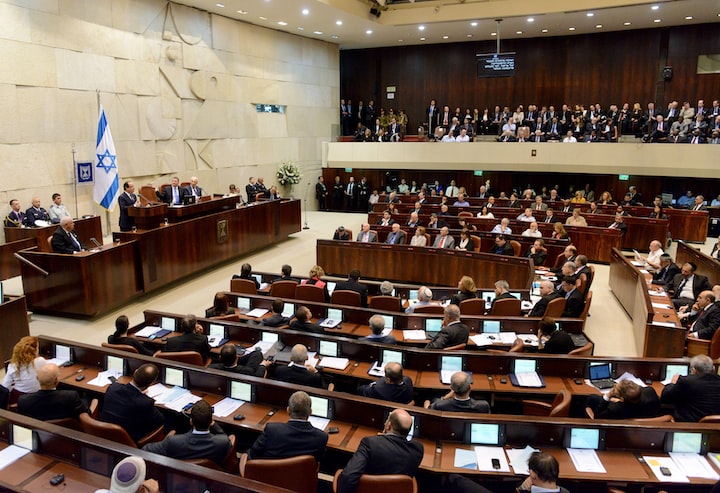 Photo by Rafael Nir on Unsplash

T"The sincerity of the village juries"

They were five in the family, three males and two females. The second son was the most enterprising. He had wholesale business that was performing relatively ok; he was lively, outgoing, fearless and has business acumen.

He got married newly when civil war started. He left city like others and went back to the village. It was in the village that his wife gave birth to their first issue. Considering the situation of things in their interior village there and misinformation’s that usually accompany unrest of civil war, people that has shops in the village don’t usually open, in fact due to the fake news that most rumor mongers usually spread around concerning what was happening at the war front, most shop owners refused to sell their wares even in their houses. Hoarding started due to the news making around that Nigerian soldiers has captured the provincial capital and was breaking shops and catering away goods. Looting, shooting and killing non-stop. The rumor had it that it will be a matter of three to four days before the enemy forces(Like Nigerian Army was referred to) will enter the village.

Village dwells believed the rumors but those from the city knew better as the saying goes. Okoro whose wife gave birth could not even buy baby food with the money he had, he found it difficult to comprehend that his wealth has became useless. His bags full of currency due to unconfirmed rumor has turned to ordinary paper, worthless, that his new born has to depend on pap for meal. He don't understand how a young man like him will start feeding his baby with locally prepared pap. He decided to go to another town to buy baby food.

Against all advice, he took his motorcycle and went to the neighbouring town. Over there, he was directed to the next town and the trend continued like that till he nearly got to the provincial capital. He eventually got what he was looking for. On his way back, he was captured by Biafra Soldiers and not the enemy, forced to join the military for their number has dwindled a lot and they were after new recruits. That was how he became a soldier. Two weeks later, news filtered in that he was killed in fighting with Nigerian Forces.

Okoro’s death brought with it many acrimony into their family. The remaining two brothers was quarrelling bitterly with each other, the youngest was being blamed for Okoro’s death for putting the idea in his head and urging him to go in the first place.

The family asked Chika the youngest son to go and enquire of the body, he refused, citing forced recruitment as reason.

Didn’t you want your brother to be giving a decent burial or not? The elder sister asked him.

“Of course” he answered.

“Then go and bring the body back”. The sister quipped.

It was agreed that he will go to local government secretariat to get a pass he will summit to area command that will process the necessary papers for the recovery of the body. Chika was too afraid to go to the local government for the pass, let alone summiting it to area command in nearby command post. He came back late in the evening to tell the family that the area command searched their record and found out that okoro was one of those given mass burial. The family had no option but to bury empty coffin. They bought coffin, put Okoro’s picture inside and buried.

The family once again gathered to decide the fate of Okoro’s wife. The first son asked the woman whether he wants to stay or return to her parents, the lady told them that she will stay. Chika jumped up in anger, asking him why the girl should stay since it was girl she gave birth to. He reminded the family that it is not tradition of Igbo people to portion out land to woman.

“is it land we are talking about or the fate of your brother’s wife”? the first son Oji asked him.

“Both, we are talking about everything”.

He was ignored. They concluded that the woman should stay and raise Okoro’s kid.

Chika raised the issue of Okoro’s business, who will be managing it. He was told to wait till after the war for they don’t know who will join Okoro wherever he is.

He asked to marry his dead brother’s wife as tradition permits. the woman rejected it there and then immediately.

Shame and anger took the better of his reasoning, he bolted out of the meeting and out of the house, where he rushed to, no one care’s.

fifteen minutes later, he returned with about sixty percent of their kin’s men and told his family that he can see that there is gang up against him in that family. So, the issue at hand would be better decided by their kinsmen.

His family told their kinsmen that due to war, most of the leaders in their kindred has relocated to other towns, it will be better for the issue to be handled by the family. Their kinsmen agreed against Chika's objections.

He later called his family and told them that he will be going to get married. His elder sister asked him if he has anybody in mind. He said yes.

“Is it within this three days that you found the girl?” the elder sister asked him.

Guessing the reason behind the question, “Not your business”. He retorted.

“I am a woman and I know what my kind is capable of doing” she told him. “Just follow,” he returned.

The next day, they followed him like he said. It happened to be the family of one man doing business at the city. The father of the girl told his prospective in-laws that he was as surprised as they were. That the marriage took him by surprise. Out of the blues “if any requirement is found missing, please bear with us for there was no time to organize things." The man said.

The ceremony was rushed through and Chika took his wife home.

He was still living in one room in his eldest brother house. He took his wife home to the one room he was given. The eldest sister knew the next morning that her fathers house not just her younger brother is in long term problem from the behavior exhibited by the newly married girl.

The girl and Chika laughter could be heard from the village square when her eldest brother wife and daughters were sweeping the compound. She did not come out even to brush as city brought up usually do. She stayed in the bed till around ten she probably was feeling hungry then.

A year later, war ended. Chika’s wife has given birth to a baby boy, he went back to the issue of land that he started almost a year plus previously. Called his family again for the issue. His two married sisters had to leave their houses to come again to their father’s house for what they consider not important.

Chika started by apologizing for inconveniencing them but the issue he called them was of great importance to him. “I want to know why land that belong to Okoro should not be divided among the living males of the family as tradition stated”, he queried.

The eldest son was the one that answered him.

“Which tradition are you talking about?” he asked.

“Our tradition did not stipulate snatching widows properly from her",

"the land that belong to our family has been shared by the kinsmen among three of us males, What land again are you talking about?"

The eldest sister asked him whether the four plots of land that was given to him is not enough or what.

"Why did he always mention Okoro’s land?"

“Is it not the same amount of plot given to you that was given to him?” she queried.

Chika ended the meeting he called with shouting and vomiting all manners of unprintable words. He had wanted to raise the issue of managing Okoro’s business but his family members had gotten tired of him and his shouting and left.

Two months later, during the burial of one man that died in their village. As people gathered in the man’s compound, one known hired killer came to announce to the people that Chika gave him 50 percent of the money they agreed on to go and kill his eldest brother.

It happened that when the man was doing reconnaissance work, he realized that the man he was asked to kill was father of his classmate in primary school. He cancelled the contract but pocketed the 50 percent. Chika was afraid to call police, afraid to ask for refund. He called instead for village meeting to discuss the issue.

“How can I be living in the house with a man that planned to kill me, and has the temerity to accuse me of the crime he plotted?”

The villagers told him to apply wisdom till they know the whole fact. The hearing of the issue was fixed in three weeks from that day.

Before the appointed day, he and his wife started nocturnal visits to almost all the vulnerable people in the village, buying cloths to their wives and money to the husbands. On the appointed day proper, many people gathered and the case started.

Almost 90 percent of the people that gathered there concluded that the man that made that statement at the burial ceremony was drunk. No one sent him, no one paid him. According to them, if he is serious, let him take his story to the relevant authorities.

On the issue of land, the villages decided that since Okoro’s wife has but a daughter, the land that belong to her should be given to Chika and the woman being young should be told to return to her parents and remarry.

Okoro’s eldest brother asked them which of the culture or tradition support that their verdict, he was shouted down and told to respect the elders for his own good.

On the issue of managing Okoro’s business, the villagers concluded that since Chika resides in city and into business there too, he should be given his brothers business to manage and be remitting little money to the wife to take care of herself and the baby.

As they were putting day and time when the land and business should be handed over to Chika, one woman shouted and fainted. As people turned to know what is happening, they saw Okoro entering the square where the meeting was taking place.

There was scampering and stamped. Commotion everywhere, okoro himself was taking aback as to what is happening. Chika tripped as he was running away and was stamped on and marched upon by many fleeing from what they consider to be ghost.

When the commotion died down, Okoro was approached by few that were still in once piece for many, including Chika that were unconscious were rushed to the hospital first.

After hearing from him, they concluded that he was human and was asked to sit down first.

Okoro enquired of his wife and kid, he was told that they were ok. He narrated in full to them how he was captured by Biafra soldiers and forced into the military.

Two weeks later, when they went to confront invading army, he was captured and sent to (P.O.W) Camp in the Northern part of the country. Months after the war ended, he was among those released and there he was.