by Anabelle Lai 8 months ago in fact or fiction 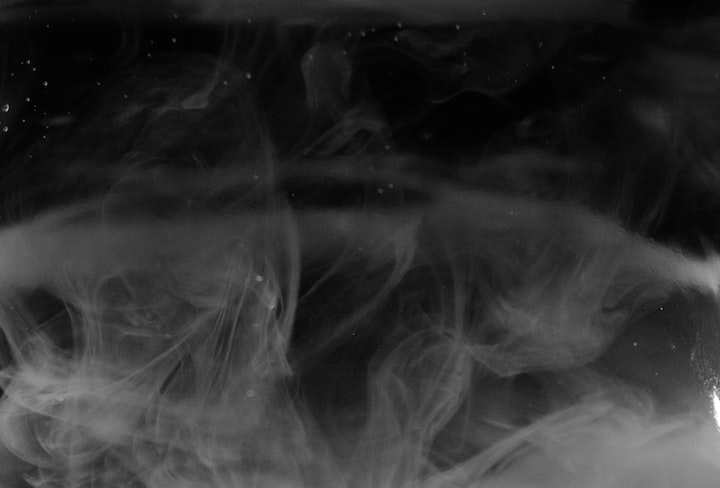 "Fuck that shit, I am not going to sell this book to anyone! Leave it alone, and leave my study, now. "

That small leather black book, texture so rich and smooth in my hand, disappeared quickly from my grip, the smell of old leather disappeared from under me. I looked up and straight into the eyes of the most brilliant man I know. Or I thought I knew.

"It is not even yours. Do you even know half of the things that were written in there? Might as well leave it to the experts who will figure it out, while you get to move out of this shabby. looking... hut." I pointed at the broken ceiling, the water leaking through what looked like a broken small pipe, and the moss looking green wall.

He ignored me. His back turned away, straight and stiff, with an air of command.

"Alright, I will see you next time then." I left.

" No go” I quickly typed on my phone, looking from left to right once I left the building, and hit send. I hate it when I can't close a job. A kid ran straight into me, I stepped a few steps back, and once I see his face, I break into a big smile, " Now would you like to get an ice cream with me, Cyrel?"

I coaxed the kid into holding my hand, walking confidently across the street, when a loud " OI !! Come back here kid!" came from the building window. I closed my eyes and sigh in experation, and yelled back" I’m just taking him for ice cream YAL !! "

"His ice cream is here! Come back here kid your mom say she is coming soon to pick you up!"

Cyrel broke free of my hand, and ran back into the 100-year-old looking building.

My phone vibrated, looking down, text flashing from Mark " You suck. Its pro time."

I rolled my eyes, stepping into my car and drove off into the cool windy night of September.

"This is how the pros do it?" I stand in the head office, Yal's body stiff and cold, lying on top of the meeting table, the black book right next to him, burnt edges around the pages, some parts darkened out by what looked like cigarette burns.

"Where is Cyrel?" I asked, straining myself, so I do not sound like I am choking from the anger that is rising from the back of my head,

" He was found this way." a clear, soft sound came in from behind me, red hair flowing from cheeks with bright blue eyes sparkle underneath her pale almost pearl looking skin,

"Madam Rouge", I greeted her briefly - my voice slightly trembling. Her gaze seems to pierce into my soul for a brief second, before I managed to turn away, she dropped her gaze back to the body.

"Well at least it looks like a quite painless death", Mark jumps down from the table- where he has been sitting, crouching over it, trying to retrieve something from the back of Yal's cold stiff neck. " I didn’t see Cyrell."

Looking acceptable for mid-40s, Mark broad shoulders and long legs seem to have gotten him far enough with his sniping part-time job (or as he calls it). Short clean cut and hard stern face, it is quite impossible to take him serious at times when he --" He does look like a butterfly though the way he froze " --says something incredibly stupid.

"How does the book look? How did you find him?" I flipped through the black book, the one we have planned to lay our hands on for months- all the code figures in the book deliberately messed up by cigarette burns. "Found him after my morning Jog-I was going to pose as an Uber guy getting him breakfast, the door was open."

"Weird", I say, " I thought he doesn't smoke." My fingers run through the burnt parts, try to get a sense of warmth left from the burns. Madam Rouge puts her hand on mine, closing the book- " Leave it to the Evidence, the director wants to see us."

The FBI hall is looking more deserted than ever, strange for a Monday morning. I looked up in the glass ceiling, scanning my surroundings as I tag along behind the group.

We soon walked to the legendary office, musk wood smell across the hall way, badges of soldiers/ flags across nation hung through the wall.

"Hey do you think they are all real? "Mark's voice boomed across the hall way, echoing the cold, stuffy hall. No one responded. I didn't even roll my eyes. I think I am getting better at this.

The director was watching a bombing on a zoom meeting call with the vice president. When he saw us walk in, he switched it off after saying briefly to the VP ' I will call you back."

He turned to us, his dark long tall figure casted a shadow that loomed across us. Madam Rouge greeted him with a nod, her blue eyes sparkling in the dim light, " We couldn’t identify the weapon." She said. Mark handed over a small metal plate, 3x3, " Fitted right above his spinal cord "

"That's it?" I asked Madam Rouge when we came out of the office, finding the ending unbelievably abrupt, given months of debrief and planning.

" Yes. It's done." She looked at my confused gaze, flipped her hair and explained " The sleeper agents are meant to be Russian's territory anyway. We intruded, and they found out. "

The codes on the black book contains coordinates of each Russian sleeper agents in Europe. During social media war between America and China, the hidden Russian documents which were found in a China bought satellite was hacked and leaked into the Cloud for ten seconds before Turkish hackers changed the coding of the documents-- locking it as an unreadable file.

Since then, they only store their paperwork in writing, or so we think. The black book Yal held, belonged to his son who died in an interrogation for being involved with the Turkish hackers.

" Well, I am off fishing then." Mark strides off to the East wing, hands in his pockets. I rolled my eyes this time, listening to him exchange remarks such as "I think God made you for me." to one of the many analysts down the hallway.

"Well, I guess if there is nothing else, I am going for the hokkien noodle I have missed a lot down my suburb." I glanced at Madan Rouge. She is arranging her documents from the case.

"Okay" She told me, before giving me her pearly white smile, and walked off to the direction of her office.

During my comfortable drive down to my Asian place, my car staggered and I see white fumes from the front. I shook my head. I guess that is why they gave me an old hatchback from 2003.

I called the mechanic number in the area. An Indian man told me " Okay you lucky today, we have free slot. Come in now." I told him " But I need another car for Hokkien noodle "

The Indian guy paused " Oh okay, hokkien noodle no problem. Come I have car for you."

The repair was just around the corner, a sweaty guy came up and tells me " are you the Toyota? here’s your rental key, we will give you a call when we are done". Then he switched his attention to a young guy who is trying to separate some parts " HOLD on! What are you doing?" He scattered off, hovering over the young guy, mumbling as he is going.

I took the key, and tried to locate the car by pressing the remote. It is a white SUV in the corner. The new car smell and a hint of mint hits me when I enter the car. I drove off. The Asian place was closed, I drove past it, and headed to the beach. No one was behind me.

I drove up closer to the shoreline, the sky turned dark, my rental car has fully tinted windows. I stretched my arms, yawning, my hands hit the ceiling of the car, twice, with force. The cardboard like material broke easier than I thought, and a small black book fell to my laps, along with a lump sum of cash, tied with a rubber band - a note '$20.000" written on top of the cash.

As planned, I walked out of the car, dropping some cash as I go. The black book safely in my pocket. The sand on the beach is thick. From the far corner of my eye, I see two cars pulled up. One of them carries a woman with bright red hair, and flawless skin.

My right foot steps on a slightly harder surface, without warning, I started stepping down a flight of stairs, with sand pouring into the hole I am going into.

Police with guns surround my car, Madam Rouge just started to come after me, before I disappeared altogether.

I shook sand off my coat, a huge wind forcefully blows the sand off me. " I always like closing my eyes when that happens you know." A mischievous voice rang. The huge air blower switched off, and an older man with green eyes stepped out.

He has a black lab coat on, standing in front of a mirrored doorway to a huge underground lab, the Russian satellite control room.

"Do I get to keep this?" I asked him, waving what’s not left of the money I scattered from the car in front of him.

I followed him back to the control room, watching from satellite view as the team scattered around the beach, heading towards the abandoned sides of rocks and cottages.

" I want a share of that pizza." I said, plopping myself down to the bean bag next to the chair. I reached into my pocket, and handed him the book.

" We have to change the codes into alphabetic words, the government wants it in their new governing policy by next week."

"Krishrnva has to pay me more for administration work you know." my gaze continue to follow Madam Rouge, her bright blue eyes filled with determination and disbelief as she searched frantically for me at the beach.

"At least she will remember you now." Logivh said.

"Yes, as a dirty American agent who sells secret information. Where is your bar?"

Logivh pressed a button on his remote, the wall separated, inside decorated like a high end bar with fairy lights, ambient light echoed on the walls.

"Pour me one too, we need to debrief" He yelled out as I walked towards the selection of drinks.

"The Spetsnaz is calling!" He yelled at me, I scattered out of the bar, drinks still in my hands.

The video of Sir Klatmirsz appeared in the screen. "Well done agent. I do need that alphabetical policy by next Wednesday."

Sir Klatmirsz nodded at Logivh. " When this is done, both of you should come home, and work from the agency headquarters here. Your input and field experience will be great for our new agent recruits training. Russia will continue to be undefeatable!"

We nodded. The screen went off. I took a sip of my bourbon. The smoky sweet and smooth drink relaxed me.