by Katie Alafdal 18 days ago in investigation

The Real-Life Loss Behind Hercule Poirot's Most Famous Case 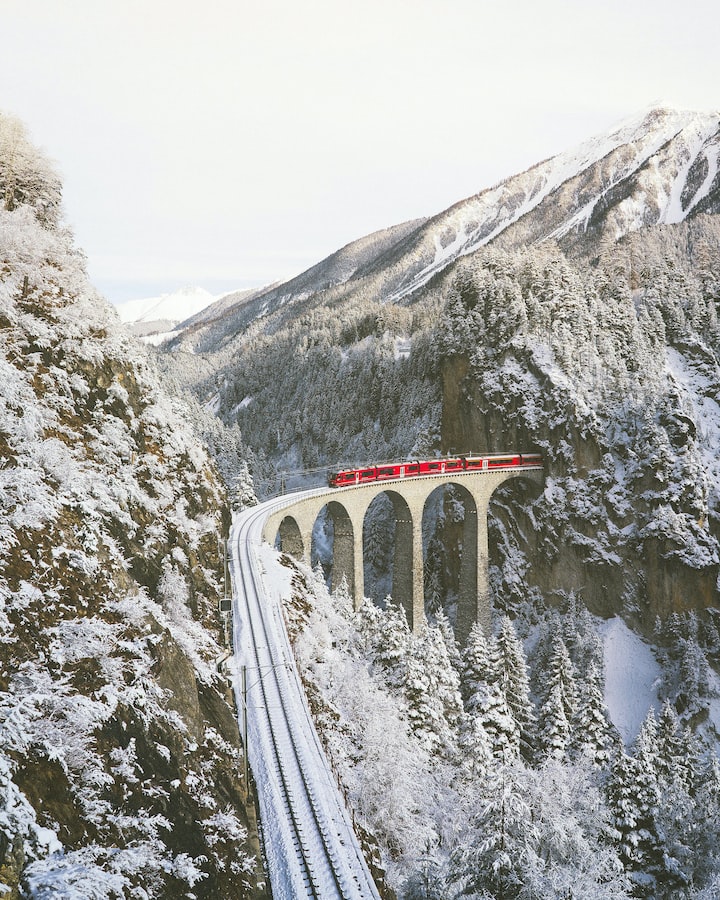 Photo by Johannes Hofmann on Unsplash

It was nearly ten in the evening when nanny Betty Gow went to check on her charge, a sweet, beaming boy with golden curls and plump cheeks. She had planned, perhaps, merely to look in on him as he slept, to ensure that all was well in the second-floor nursery.

The boy’s family was new to the neighborhood-- they had only recently procured this mansion, which was located in Hopewell, New Jersey, having decided it was the perfect location to raise a family. The boy, Charles Lindbergh Jr., was just four month shy of his second birthday.

What Miss Gow found however, was one of the most sinister and heartbreaking crime scenes to make headlines in 1932. The child was nowhere to be found, and mud speckled the otherwise immaculate floor of the nursery. The boy’s parents were immediately alerted and the alarm was raised that a child was missing. After a rapid search of the grounds, the local police were notified, although the case would hastily be passed up the chain to the New Jersey State Police.

The boy’s mother, Anne Morrow Lindbergh, would be the one to find the ransom note, propped up on the second-story windowsill. Under the nursery window, two floors below, a few muddled footprints could be detected, and beside them, the broken rungs of a ladder. It seemed that the kidnappers had utilized the ladder until it broke at some point on the descent. The first ransom note demanded an immense sum for the period: $50,000, in return for the safe return of baby Charles.

The boy’s family, the Lindbergh’s, was fairly well known at this time. In 1927, just a few short years before the abduction, Charles Lindbergh Sr. had made history as the first person to fly solo across the expansive Atlantic Ocean. The preeminence of the Lindbergh family, coupled with the tragedy of the kidnapping, ensured that this case was front and center in the press.

Pressure to find the child mounted as a second ransom note was delivered to the Lindbergh home, requesting $70,000. The Lindbergh’s, desperate to have their son returned safely to them, paid the ransom willingly. In a last ditch attempt to track the money, the bills used to pay the ransom would be marked, a fact that would come in handy later. The kidnappers subsequently sent word that the child was on a boat called the Nelly, just off the coast of Massachusetts, but it did not take long to realize that no such boat existed.

It was then that the child’s body would be found, less than a mile away from the family mansion. Evidence revealed that Charles Lindbergh Jr. had died the night of his kidnapping. It is believed that the child suffered from blunt-force trauma from a fall incurred when the ladder broke during the child’s abduction. That meant that the entire time the kidnappers had been requesting ransom, they already knew that the child was dead.

Understandably devastated, the Lindbergh’s would end up donating their mansion to charity. Meanwhile, the case appeared to go cold, with no culprits in custody. In 1934, nearly two years later, a breakthrough would come in the form of one of the marked bills from the ransom being spent at a gas station. The gas station attendant had taken note of the license plate number, which was in turn traced back to Bruno Hauptmann, an immigrant working as a carpenter.

Although the evidence was not particularly compelling (indeed, Hauptmann would claim that a friend had given him the bill and that he was innocent on all counts), the sensational nature of the case pushed a conviction. He was sentenced to death and, in 1936, Bruno Hauptmann was electrocuted.

This was a crime with longstanding impacts: not only was kidnapping subsequently rendered a federal offense, but also, bestselling mystery-writer Agatha Christie would write one of her most famous books with this very case at the heart of it. Murder on the Orient Express would come out two years after the kidnapping and murder of Charles Lindbergh Jr.

In her rendition of the crime, meticulous detective Hercule Poirot, a mustachioed Belgian, books a room on a luxurious train in the middle of Winter. This train is the Orient Express, and not long into their journey, one of its passengers, Mr. Ratchett is found murdered, stabbed multiple times. Before long, the murdered man’s true identity is revealed to be Mr. Cassetti, the man responsible for the abduction and murder of the toddler Daisy Armstrong. This, it seems, is the motive for the man’s murder, and Poirot is charged with discovering who on the train might have known the Armstrong’s.

The links between Daisy Armstrong and Charles Lindbergh Jr. are strong. Both are the first-born and well-loved children of famous aviators, who are brutally kidnapped and murdered in their babyhood after being held for ransom. Both children, it would seem, died before ransom was requested, adding extra evil to the crime in question. Others, such as nurses or governesses, would be blamed for the kidnappings of both children, despite their innocence.

Although the culprit was theoretically detained in the case of the Lindbergh kidnapping, Agatha Christie’s flushing out of the crime once more in a hypothetical, fictional sense indicates the extent to which the crime permeated public consciousness. The goriness and agony of losing a child, especially one so young and from a family that seemed safe, evidently kept the press busy for no small amount of time. In crimes such as this, it seems, there is no justice, or perhaps it is simply that justice is incompatible with the depth of grief that so many people felt. After all, how does one adequately punish someone for causing the loss of an infant? Is all justice simply a loftier reframing of revenge?

Murder on the Orient Express might be understood then, as one author’s attempt to grapple with the enormity of human suffering and the propensity for evil. Hercule Poirot, in this piece, is forced to question the extent to which a single crime can impact a multitude of different lives, sending them on unknown and frequently agonized or melancholy trajectories. In any case, perhaps Agatha Christie’s gift is not only her impossible understanding of other people’s interiorities, but also, her consideration of the propensities of human anguish. Daisy Armstrong might not be an exact replica of Charles Lindbergh Jr., but she was, doubtlessly, a fictional attempt to reckon with the absence of him.