The Monkey Selfie That Created A Copyright Legal Battle

by Olivia Marlene 3 months ago in investigation

Can animals own a copyright? 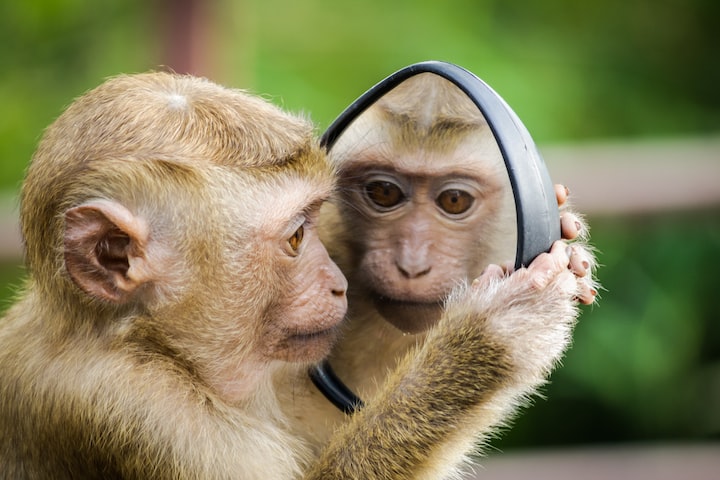 Photo by Andre Mouton on Unsplash

But what if a monkey played with a camera and was able to take a nice selfie of itself? The selfie that is worthy to share and can make headlines. Who then should be attributed? Who becomes the author of the work? Who owns the copyright over the photograph?

To summarize all the questions: Can monkeys, or animals in general, own a copyright?

British nature photographer David Slater traveled to a national park in North Sulawesi Indonesia to take pictures of an endangered monkey species. He and a guide followed the monkeys for days to gain their trust. He observed that the monkeys were fascinated with his photography equipment. With that, an idea came to Slater.

Slater set-up his camera settings to be able to get close-up facial features and mounted the same on a tripod. He left the set-up so the monkeys can play with the camera without his presence. As expected, the monkeys spent time looking at the camera lens. They played with the camera triggering the remote shutter trigger placed next to it. Several monkey pictures were captured.

The pictures taken included the selfie below. Slater considered it worthy of being on the front page of National Geographic.

Wikimedia Commons' Participation in the Story

Wikimedia uploaded on its website the monkey selfie that they lifted from The Daily Mail. They were asked by Slater to take it down but they refused. Wikimedia argued that the photo belongs to the public domain for it was captured by a non-human. Their main argument was that copyright cannot be vested to non-humans.

Slater Was Sued By PETA in A California Court

In a separate event, PETA, on behalf of the monkey that they named "Naruto" sued Slater for copyright infringement before the US District Court in California. The trial judge dismissed the case because animals do not have the standing to sue in a court of law.

PETA appealed the decision with the Court of Appeals but later on dropped the case by filing a Motion to Dismiss the case even before the court can render a decision. A settlement between Slater and PETA was agreed upon with a commitment of Slater to give 25% of all future royalties to the monkey sanctuary where Naruto lives.

The Court of Appeals did not grant PETA's Motion To Dismiss and rendered a decision in favor of Slater. The Court said that "the monkey lacked statutory standing because the Copyright Act does not expressly authorize animals to file copyright infringement suits."

This story happened in 2011 and the decision of the US Court of Appeals was rendered in 2018. That was a 7-year legal battle because of a monkey selfie!

What could possibly be my answer to the question of "can a monkey own a copyright?" if asked in the Philippine Bar Examinations during my time?

Well, I may have to argue that under 171.1 of the Intellectual Property Code of the Philippines, "Author" is defined as the natural person who created the work. Then I will discuss the meaning of copyright which is "the legal right of authors over their literary and artistic works." This will make me conclude that since the monkey is not a natural person then he cannot be an author who can own the copyright.

How about you? What's your take on the matter?

If you want another copyright story:

Intellectual Property Code of the Philippines (Republic Act No. 8293)

Can the Monkey Selfie Case Teach Us Anything about Copyright Law?, www.wipo.int/wipo_magazine/en/2018/01/article_0007.html.

See all posts by Olivia Marlene →