by Jason Ray Morton 6 months ago in investigation 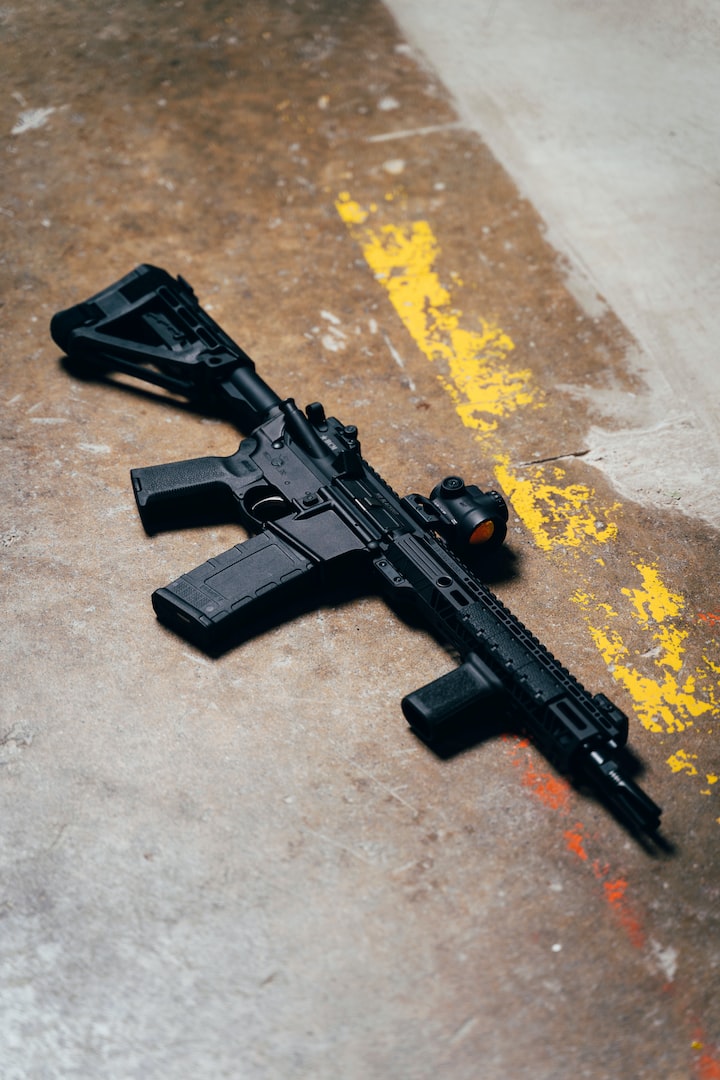 Photo by Bexar Arms on Unsplash

After watching the Kyle Rittenhouse Trial, or at least the excerpts and what I could yesterday, it’s clear that this isn’t going well for the prosecution. There are a few things about this trial that are different than previous ones. While Rittenhouse obviously shouldn't have been there, prosecutors have tried to exclude any culpability of others. He was, after all, a seventeen-year-old. Arguing his silence after the incidents was wrong, directly attacked his use of his fifth amendment rights. Attacking a defendant's use of their constitutional rights in any criminal case is not a good approach for a prosecutor.

Now that both sides have rested their case, it's clear that there were three defendants in the courtroom. Self-defense against harm from others is one. Regardless of the fact that a seventeen-year-old was marching the streets with an AR-15, the case revealed that he was put into a position where he had to decide whether to defend himself or not. Prosecutors tried to argue that his carrying a weapon brought about tragic circumstances. The right to bear arms will come into play in future discussions, even though his weapon was illegal because of his age, there were others that night that carried weapons, weapons nobody is questioning. And lastly, Kyle Rittenhouse.

Likely, the biggest three takeaways from the prosecution's case were the following:

While another trial coming out of 2020s turbulent period seems all too obvious to everyone. This one has played out in a way that’s anything but obvious. While some people will argue the point that he was being threatened with a skateboard when he fired, blunt force trauma is a cause of severe bodily harm or death. A reasonable person would fire their weapon to defend themselves. It fits the use of force curriculum.

From what I saw of the coverage of the Kenosha riots, and yes, they were riots — was a frightening night filled with violent outbursts. Should a 17-year-old boy have been on the streets that night with an AR-15? My answer to that question is no. The prosecutors are expected to argue that Rittenhouse introduced an element into the mix that had it not been there, two people would still be alive. That is the anti-gun argument. If those people that confronted him hadn’t done what they did, Rittenhouse wouldn’t have felt threatened, or in fear for his life.

Witness testimony, given to the prosecution, indicated that Rosenbaum’s intent was made known when he made an ominous threat of, “If I catch any of you guys alone tonight I’m going to F — kill you!” Rosenbaum was described as chasing Rittenhouse and lunging for Rittenhouse’s gun after that threat.

Another of the state’s witnesses, Grosskreutz, described how he carried a loaded pistol that night and did acknowledge that when Rittenhouse shot him, it was aimed at Rittenhouse.

So, what, if any intent, did Rittenhouse have? Was he there to try and help protect property and act as a deterrent after a lengthy period of riots, police being overwhelmed, and innocent lives lost? Was he just a young, patriotic kid, doing what he thought was right? Perhaps. If we believe Rittenhouse, the idea of shooting at people wasn’t the first thing on his mind. It wasn’t his intent.

It would seem there’s enough doubt in people’s minds about the outcome of the case to warrant concern. The Chicago Police already have canceled days off to ensure enough officers are available for the possible rioting to come if Rittenhouse isn’t convicted, which seems like a possibility. Legal expert opinions are mixed, with many indicating that they don’t feel the prosecution has presented their case beyond a reasonable doubt.

Today, the judge and the attorneys will go over the finer points of closing arguments in a case like the Rittenhouse trial. They’ll prepare for Monday’s closings, a chance for both sides to cement their arguments. Then on Monday, the jurors will go through about six hours of the judges’ instructions, the attorneys’ statements, and be sent off to decide the fate of Kyle Rittenhouse. By Tuesday, the country could be seeing what reporters will call protests, and what most people will refer to as riots and violence. Either way, the prosecution has lost.

Kyle Rittenhouse will go down as either a patriot who did what he had to do to survive while protecting citizens’ property from those that were bent on the rampage and destruction, or he’ll go down as a heroic martyr and champion of a cause. On one side of the aisle, he’ll be referred to as a “bad guy”, on the other, a hero. Until a jury brings back a decision, all we can do is sit, wait, and hope that both sides accept that decision as it’s our system that’s at risk here.

At the end of the day, we will have to wait and see what the results of this case do to Kyle Rittenhouse, Wisconsin, and I'd dare say, the rest of the country. As I revisit the case, it was clear that three things were on trial. Kyle Rittenhouse, any reasonable right to defend yourself, and the second amendment. While a court case will put aside the cultural norms of a civilized society, an rapidly changing, fluid culture, is what we are living within today in America. Cases like these are sadly a part of that change.

More stories from Jason Ray Morton and writers in Criminal and other communities.