by Nathan Torres 6 months ago in fiction 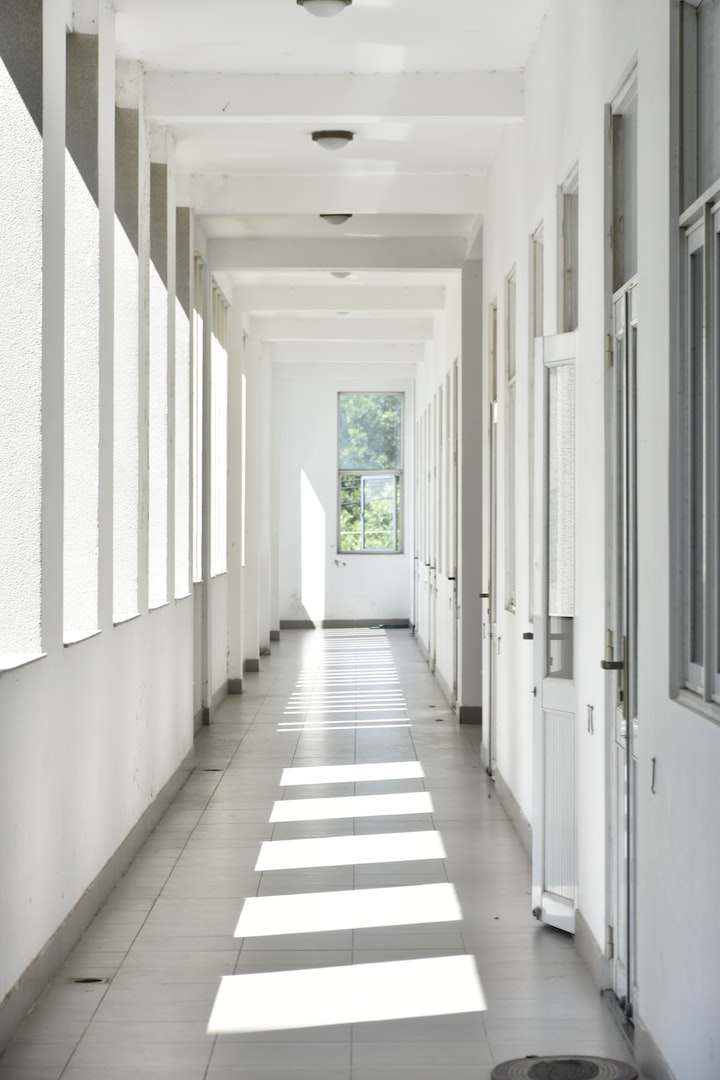 Photo by Ai Nhan on Unsplash

Patience is key, a virtue, a commodity that I could not afford. With the holes in my tattered clothes, it was a surprise I could hold onto anything much less my dreams. All I hope for was a window, an opportunity to show anyone I was more than just a body occupying space.

“Nathan!”, a scream came from downstairs followed by a continuous banging. I found it particularly odd that the same place where the scream originated from was now the same source this migraine was forming from. I could not stand it any longer, something had to be done about the old man. I knew better that as soon as he passed away, I would acquire all the wealth and live as I knew I should, yet what do I do. The old man was very brittle like a speck of dust that gives to the duster, yet he didn’t show any sign of passing on soon. There was his diabetes, arthritis, and several other medical concerning issues, yet it was as if they were just that. I went upstairs and plotted behind a door that led into my bedroom. I knew I didn’t have the guts to kill him, but to leave the old man’s side was to forfeit my shares in the will. While I conversated amongst myself, a noise came into mind’s view of a small leak that gradually got worse the more I focused on it. Then I wondered “Do you ever stop to think about the water pressure behind that leak?” The collection of water just beneath the leak suggested that it had been there for a while, but I don’t recall it ever making noise.

Later that evening as I prepared dinner, I could hear the old man growing more restless and stubborn as dinner was long overdue. I had brought him his favorite which was a soup of chicken and peas, nothing else could be added without him growing suspicious of my motives. I gazed at his bowl while the complaints began to dart towards my ears about how bad of a cook I was or how all I wanted was his money when he died. I drowned them out as usual and gazed at the bowl I had set before him. The chicken broth just sitting there, boiling, but not of any harm. I had focused so hard at the bowl and found myself thinking of just shoving it down his throat for being so ungrateful. Who would know and more importantly I would be free?

My train of thought had been broken by the crashing of the bowl on the floor. But when I came to sudden realization, the old man was up and stumbling backwards and holding his mouth. Trying so hard to fan his mouth from the heat. He managed to get out a couple of gasps before tripping over his cane and falling to meet the wooded floors.

There was a loud bang and then silence.

My first thought that broke my frozen state was if I had put thought into action. Had I subconsciously done it? I crept over to him and saw no movement. I bent over to check a pulse but there was none.

My hands and body were ice cold, but began too slowly warm up as a pondered’ “I’m free”

For the first time a smile had scraped itself along my face where a frown would normally reside.

In the mid of my celebration, I made my way around the house pointing out everything that once deemed off limits and shouted happily,” MINE!” while the old man lay motionless. It wasn’t long before I was wondering along the house, lost in trans, that I made my way to the room… his room.

I had to force movement in my right hand as I reached for the doorknob that stood in my way. This threshold would be the greatest accomplishment I’ve made since learning how to walk, and I would be damned if anyone would steal my destiny away from me. As the door gave way to my force, an eerie feeling became of me.

“Why is it so cold in here?” I asked myself as I stepped from the safe of the hallway into the “underworld”. If that old man could see me now, he probably die all over again in disbelief. Being in his room I began to remember that it had been ages since anyone had been in here with him. In some twisted way, he had been like me, alone with his thoughts, even though another person was not too far away. I guess being better off alone ran in the family.

The room was empty except for a bed that was neatly made and some old furniture. I had noticed cobwebs amongst everything and little spiders that occupied the corners of the room.

“That must be who he is talking to at night.” I chuckled at my own joke realizing the harness of what I just let slip passed my lips.

“Thump”, I turned my head quickly in the direction of the noise

“What was that?” I asked myself again as I would ask another soul. There was no one here except me and the old man’s corpse. Then it happened again. Another thump followed the previous one. I followed into the darkness of his room with nothing more than the sound as a guide.

At the footrest of his bed, I had stumbled a brown paper box that oddly had no cobwebs or dust for that matter. It looked as if it had arrived this morning.

“I guess the old mans final regret would be not open his last package”, I laughed at another poorly timed joke of mine. I began to flip the package over and upside down looking for a mailing address, but it was completely empty. There was nothing so I decide to try and feel the weight before opening it. Then it happened again. Another thump only this time my hands felt the vibration causing me to drop the box. I stepped back in freight as the unknown content of the box began to raise question.

Then the thumping began to happen more frequently and at a good pace. It sounded like a pump of some sort that magically was on in the box. No that wasn’t it. More like a… no it couldn’t be

“Knock knock” the harmless noise had made my once joyous soul jump out of its body. The sound was coming from the front door. I gazed at the clock in his room. It read 12:35am.

“Had that much time already passed?” I pondered before being interrupted by another set of knocks coming from the front door.

I dusted myself off and headed towards the door. Passing the stairs and dinning room, then it hit me. The old man’s body was still lying there. And the knocks got more frequent. I began to sweat from my forehead. “What do I do”’ I questioned then answered with action. I grabbed the old man’s arms and pulled dragging his body into the pantry of the next room.

“Thump thump” another noise came across my eardrum, but not from the door. It had been drowned out by the knocks and my thoughts, but it was still there. It couldn’t be from the box that’s impossible.

I forced the thumps out of my head and proceeded towards the door. On the other side were two police officers with flashlights in my view.

“Good evening I’m officer Fisher and this is officer Jackson, may we come in?”

“Now’s not really a good time” I answered as I closed myself between the door as if ready to close it on myself. “May I ask what this is about?”

I heard the thumping behind me and more loudly then previously.

“We have reports of abuse to an elder fellow the lives here.” The officers replied and took a step closer.

Now I was pretty sure I was pale white, and those men could see it, yet they had no evidence. So many questions came bombarding in my head but the one that worried me the most was of his death. “But I didn’t kill him” I reassured myself within the confines of my head. But the thumping didn’t stop like before, it was now more violent.

“Did you hear some officer?” Jackson asked Fisher, yet a head shake was his only reply.

I was more scared than ever, and I just wanted them to go away. I had to say something clever but not suspicious.

“Well officers, my grandpa already took his medicine and is asleep so you would have to come back tomorrow.” I smirked from my quick wittedness, yet it was masked by the darkness of night. “Once they left, I could fake his death in his sleep and be free.”, I reassured myself with thought.

“Then why is he awake?”, one of the officers asked confused.

“Excuse me?” I asked out loud to make sure I had heard correctly. Before I could get my next question out, the feeling of every hair follicle standing up on my neck crept up on me. Then I felt a cold hand press against my shirt from the back. I was pretty sure I was going crazy from everything that just happened lately that my mind needed to just rest. Then I heard a voice that accompanied that hand.

“Grandson, your cooking nearly killed me” the old man stood behind me laughing.

The cops must have thought it was funny and joined in.

“What was going on? You should not be here.”, I stood in disbelief as his cold eyes met mine.

I was too overwhelmed; too shocked to comprehend the situation. These thoughts were followed by a sudden sharp pain in my chest. I tried to grab the feeling through my shirt and skin but couldn’t. I had fallen to my knees and collapsed before the cops did anything.

“Am I dying?”, Everything felt certain, yet I still questioned. I could hear the officers radioing in for help and rushing to their vehicle. Then the air around me got heavier and deeper.

“No one will have my fortune” the old man whispered to me as the light began to fade to black.

Read next: Contemplating the Painful Questions That Haunt Me