The Cleveland Torso Killer, the Man Who Destroyed a Legend

by Sam H Arnold 2 months ago in investigation
Report Story

Also known as the Mad Butcher of Kingsbury Run, this killer was an unidentified serial killer who was active in the 1930s 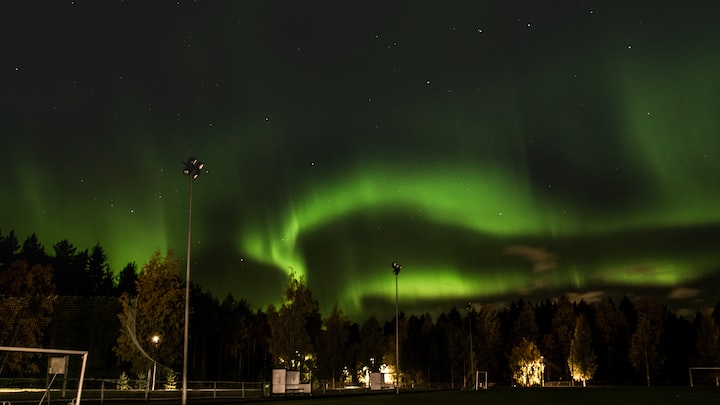 Photo by Adrian Dascal on Unsplash

In 1934, a headless torso and thighs washed up on the shores of Lake Eerie. Part of the young woman's skin had been chemically burnt, causing the skin to become red and leathery. She was given the nickname, The Lady of the Lake. Without her head or hands, she was never identified.

In 1935, two boys climbed a bank and saw something that sent them running. It was the torso of a man. When police investigated, they found a second body.

Cleveland in 1936 had a lot going on. It was in the middle of the Great Depression. It was also considered the sixth biggest city in America. It was a city of conventions that welcomed travellers from far and wide.

The new union train station helped with this image, surrounded by fancy hotels and state-of-the-art auditoriums. What it didn't advertise was the fact that it had a serial killer operating there.

The killings had many factors in common; all the bodies were dismembered, beheaded and drained of blood. The remains were disposed of in the poor area of Kingsbury Run, earning the killer the second nickname of The Mad Butcher of Kingsbury Run.

The twelve known victims were killed between 1935 and 1938, seven men and five women. In truth, the authorities believe that this killer could have killed as many as twenty victims.

This unique serial killer became known as The Torso Murderer. He always beheaded his victims; many were also dismembered. Occasionally he would take his rage further and cut the victims in half or remove their appendages.

The cause of death was identified as decapitation or dismemberment in many of the cases. Many of the victims showed signs of being mutilated while alive. Some showed evidence of chemical burns to their bodies. The skin was often red, tough and leathery.

What didn't help the investigation was the period between the murder and the discovery of the bodies. In addition, forensic science was in its infancy; this further hampered the hunt for the killer.

The lack of forensic help also meant that many of the victims could not be identified, especially as there were no teeth or fingerprints to aid in this.

Several years after the murders started, the police connected The Lady of the Lake to the killer as his first victim. However, serial killers being a new concept resulted in many victims not being linked until much later.

Most of the victims had a lot in common. They were low-class working people. As a result, many concluded that they could be drifters whose identification was unknown. Thus was the transient nature of the workforce during the Great Depression.

Investigators discovered that many victims may also have lived as derelicts in shantytowns. In addition, being outside of society meant that they were rarely missed or reported missing, again adding to the problems in identifying them.

Although the police had little evidence or information to go on, they did identify a possible suspect. That was fifty-two-year-old bricklayer Frank Dolezal.

Dolezal was the only suspect ever arrested in connection with the torso killings. What led police to suspect him was that, at the time, he lived with the third victim, Flo Polillo. He also knew two of the other victims.

When questioned, Dolezal confessed to killing Polillo. However, later while in custody, he would retract this confession. Despite this, he was kept in custody while further investigations were made.

While in Cuyahoga County jail, he died in suspicious circumstances. Although officially ruled a suicide, many people questioned what had happened to Dolezal while in his cell. His autopsy showed he had many bruises on his body.

Dolezal was posthumously exonerated of involvement in the Torso slayings.

Eliot Ness was one of the most famous investigators to work on the case. He arrived in Cleveland in 1934. He was best known for his battle against gangsters, famously having many incidents with Al Capone.

Due to his outstanding reputation, he was the public safety director in the city in 1935. He stated that he would make the corrupt and lazy police force professional. He also worked to move it away from its political patronage to a revitalised department.

Unfortunately, by the time Ness took office, the killer had already claimed several victims. Nevertheless, he was instrumental in identifying the victims as the work of one man and the fact there was a serial killer loose in Cleveland.

Ness was drawn to one suspect, Dr Francis Sweeney. Sweeney was born on 5th May 1894 and was a veteran of World War I who had been a medic in the army. He was reported to have conducted many amputations in the field during the war.

Police had identified that the killer had some anatomical training when he dismembered the bodies, leading them to consider Sweeney, a suspect. Sweeney was also a known alcoholic and suffered from anxiety and depression from the war.

With fear amongst residents high, pressure on Ness mounted. He took Sweeney to a downtown hotel and questioned him for weeks, including giving him a polygraph test, which he failed. During this, Ness became convinced that Sweeney was the murderer.

Despite this, he could never bring the case to trial. Possibly partly because his cousin, Martin Sweeney, was running for Congress. Sweeney would carry on sending Ness postcards taunting him for years after.

By 1938, the killing had stopped in Cleveland; the police were out of suspects and new leads. However, this was not the end of the publicity in this case.

In late 1938, the Cleveland police had another clue to investigate. They received a letter from the killer stating,' you can rest easy now, I have come out to sunny California for the winter.' The letter also claimed that there was another victim buried on Century Boulevard between Crenshaw and Western in Los Angeles.

Despite an investigation, no body was ever found in this area and the killer made no more attempts to contact the police.

In 1947, the same year that Ness decided to run for mayor of Cleveland, a young woman was found murdered in Leimert Park, Los Angeles. She had been cut in half, her intestines had been removed and her body drained of blood.

Many people connected this murder and that of the torso killer. A couple of days later, the body would be identified as that of Elizabeth Short, Black Dahlia.

Who was the murderer

Ness died at the age of fifty-four; he was a broken man. He had gone from the top of his career to the lowest in a few years.

The identity of the torso killer was never identified. At the time, it was believed that the murders were committed by one man who knew anatomy and had some surgical skill.

However, in 1997 another theory suggested that the torso killer was not one person but several different people, that the murders were not connected, and that the assumption made on the autopsy results was inconclusive due to the technology at the time.

The case remains unsolved as one of Cleveland's most extensive police investigations. Yet, despite this, he never reached the infamy of other unsolved cases, such as Jack the Ripper and The Zodiac Killer.

More stories from Sam H Arnold and writers in Criminal and other communities.