AB
by Amber Blaize 11 months ago in fact or fiction 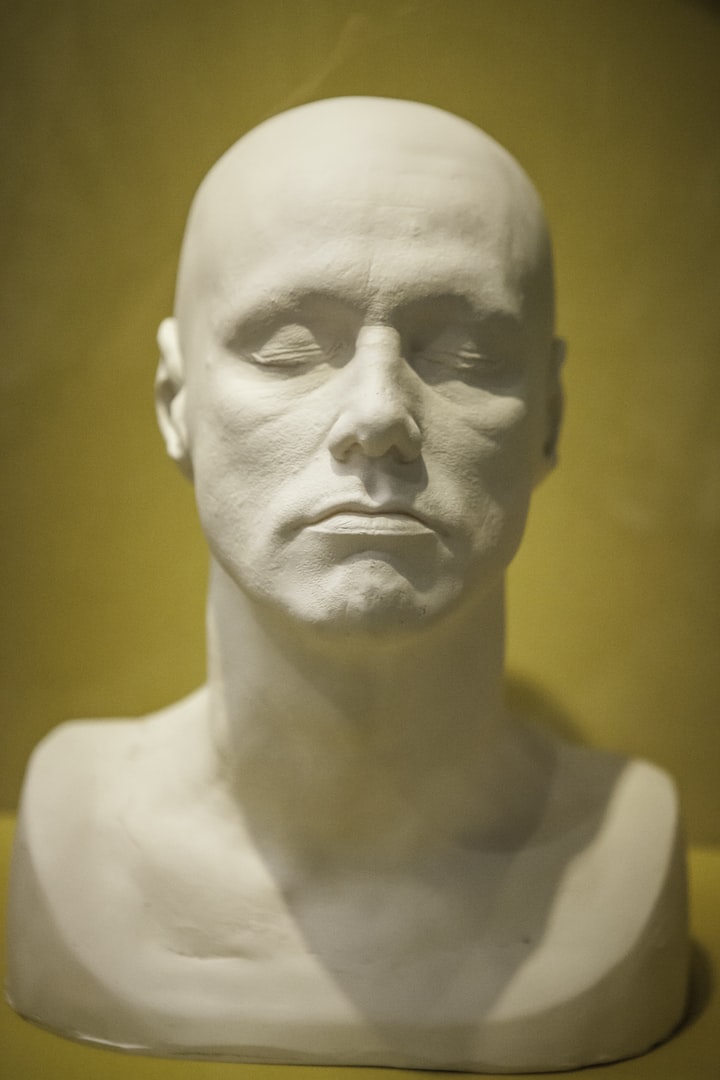 Photo by Reno Laithienne on Unsplash

It’s hard not to notice the lone head, up on a shelf next to a diaphonized hand, when you enter the anatomical theatre at the University of Lisbon’s Faculty of Medicine.

It stares out of its jar, at no one in particular, with a creepy look of indifference.

The various physicians and anatomy technicians are used to it, as it’s been there for nearly 180 years.

Just another head of a murderer, on the shelf…

Francisco Mattos Lobo, was born in 1814 in Amieira do Tojo, Lisbon.

He was a bright young seminarian, who was a university-educated, well-spoken, handsome young man with his whole life ahead of him.

He was also in an affair with Adelaide Kierot, his aunt. Over time, he became increasingly jealous at the thought of her being involved with other men.

On July 25, 1841, the young Francisco not only committed a heinous crime but one that shocked the city of Lisbon.

Due to the lack of accurate records and issues with translation, the exact details of the event are somewhat uncertain.

It is reported that Francisco attacked Adelaide with a knife. He disembowelled her, before turning his attention to her 18-year-old and 10-year old children (his cousins). Then he also attacked the maid and then picked up their dog and threw it out the first-floor window.

Lisboners initially did not believe the newspapers. They simply could not comprehend a man of such a good reputation would not only be able to kill but in such an extreme manner.

At the age of 27, he was condemned to death by hanging, with the execution scheduled for April 16, 1842. Francisco Mattos Lobo denied being responsible for the murders up until his execution.

It is documented that on the morning of his death, he barely ate and was almost faint when it was time to head to the gallows. He had to be tied to a chair, during the journey as he could barely sit up.

Two priests took him to the gallows, but one of them was allegedly struck by a cerebral haemorrhage and dropped dead.

According to the newspapers, which described the execution as ‘horrendous”, Francisco took 4 hours to die, because his neck had not been broken by the drop.

The executioner tried to relieve Francisco’s suffering, by pushing on his shoulders, but he slipped and to avoid falling off the scaffold, grabbed the hanged man’s legs.

Francisco is famous for being the alleged last person to be executed by hanging in Portugal, on 16 April 1842.

And Francisco is not the only one that has been given the incorrect label as the last man to be hanged.

Diogo Alves also has that title, despite there being at least 6 others recorded up until 1845.

Diogo Alves was born in Galicia in 1810 and travelled to Lisbon when he was young, looking for work as a servant in the capital.

Diogo eventually realized a life of crime would be far more profitable, with less work involved.

From 1836 to 1839, he took to stalking the Aqueduto das Águas Livres (Aqueduct of the Free Waters) looking to make some easy money.

The aqueduct is some 213 feet above the city, nearly a kilometre (0.62 miles) long, and spans the Alcântara valley. It allowed both water and suburbanites to make their way into the city.

Diogo would wait in the aqueduct for farmers and others from outside the city, who had come to sell their wares. He would then approach them as they were commuting back home, having presumably made money from their sales.

Diogo would rob them before throwing them off the aqueduct, which for a while went uninvestigated.

As the country was going through a political and economical crisis, it was simply assumed these poor farmers committed suicide.

It is believed he killed over 70 people in this manner, over 3 years.

Eventually, someone became concerned due to all the “suicides”, so in 1837, the Aqueduto das Águas Livres was closed and remained so for many decades to follow.

Diogo had unwittingly caused the aqueduct to be closed, through his own actions. So now he had to look for a new way to make a living.

He formed a gang to break into house’s, rob and kill the families. In 1840, he was finally caught by the authorities and was sentenced to the death penalty.

Diogo Alves was indeed a serial killer, but historical inaccuracies also gave him the title of Portugal's first serial killer.

However, that title actually falls to 22-year-old Luísa de Jesus.

A foundling wheel was a cylinder set upright in the outside wall of the building, rather like a revolving door. They were mostly found in churches.

Mothers unable or unwilling to raise a child, could take it to a foundling wheel, place the child in the cylinder, turn it around so that the baby was now inside, and then ring a bell to alert caretakers that a baby has arrived.

The system was quite common in medieval times when they were installed as a means to prevent infanticide, as women could anonymously leave their child in secret, instead of killing them.

By adopting a baby from the Roda, Luísa would pocket 600 réis each time and a cubit of baeta; 66 centimetres of woollen cloth.

In total, she collected about 20,000 thousand réis, which was the equivalent of six months’ wages of a cook or one year's wages for a kitchen girl at the Hospital Real das Caldas.

It was on the morning of April 1, 1772, that Luísas’ macabre get-rich-quick scheme began to unravel.

Angélica Maria, a member of the Roda staff, discovered among the olive trees at Monte-Arroio, near the Roda, the corpse of a child still with the strip of cloth used to strangle it, around its neck.

The dead child was recognized as one Luísa de Jesus had adopted.

There, under the olive trees on Monte-Arroio, 14 more were discovered.

A judge ordered a search of Luísa’s house. Several decaying body parts were found in a clay pot. The only way to ascertain the number of victims in the pot was the presence of three skulls inside.

Under some straw, four more skulls were found along with another decaying body.

Over the next few days, the investigators found “ten skulls of innocent heads without the slightest trace of any other bone.”

Luísa confessed to asphyxiating 28 children, but investigators found 33 bodies of the 34 that records showed she adopted.

Again, due to the lack of accurate historical documentation and translation inaccuracies, the exact details of her execution are uncertain.

There are reports that she was condemned to walk the Lisbon streets, with a preacher and a noose around her neck on her way to the gallows.

Once there it is believed that she was burned with red-hot tongs, whipped, had her hands were cut off, then she was garrotted and finally hanged.

Her body was then cremated.

The sentencing order said this was done “so that there will never be a memory of such a Monster again.”

So, why are Diogo & Francisco’s heads on display in the University?

Diogo Alves was executed in 1841, as phrenology was just beginning to become a popular theory. Although today we recognise phrenology, which was developed by German physician Franz Joseph Gall in the 1700s, as a pseudoscience, back then its premises were simple and its conclusions seemed revolutionary.

They understood the brain housed all aspects of an individual’s personality in distinct areas. Therefore it was believed the shape of a skull could be felt and measured to gain insight into someone’s personality.

It is no surprise, then, that notorious killers would draw the attention of Portugal’s Phrenologists, who requested Diogo & Francisco’s heads. They wanted to study their skulls in depth.

There is little evidence that a study of Alves’ skull ever took place in the Portuguese University.

Whilst Diogo is still preserved, intact in a jar, Francisco Mattos Lobo, was dissected and examined by phrenologists in April 1842.

His skull is now located just two doors down from Alves, in a glass case full of patinaed skulls.

Diogo Alves is also infamous for other reasons than being a Serial Killer in a jar.