Taking Out the Trash

by Travis Leonardi 9 months ago in fiction

A Less Than Likely Samaritan 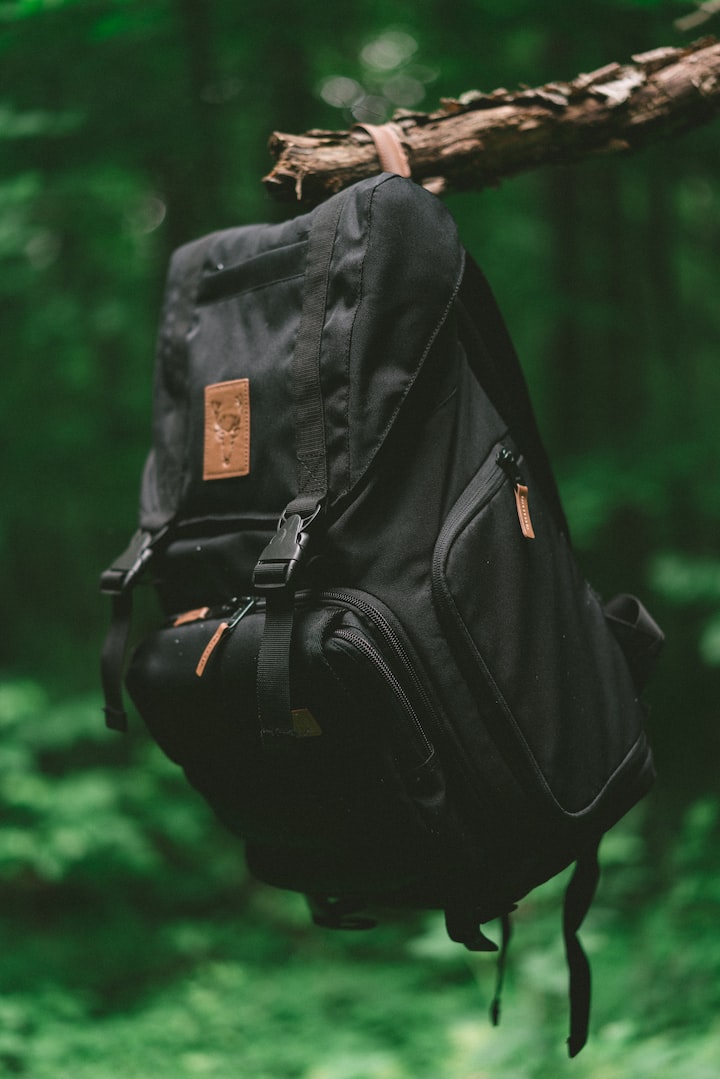 Photo by Keagan Henman on Unsplash

There is only so much I could stand playing Xbox on a Friday night. I thought the “batteries are dead anyway” as I tossed the controller on the recliner. I headed out, down the stairs of my apartment out to the street for a short walk to shed the foul stink of my one bedroom. As I headed out, I debated on where to go when I checked my wallet to see $3. I went to the corner store to grab a snack.

When I walked in the door there was a couple near the front playfully arguing about which is better, chips or jerky. The chip argument was winning. I sided with the winner and bought some spicy chips. Outside the door I tossed the receipt in the trash and saw what appeared to be a quality leather backpack. I reached into the can to grab the strap and started walking away quickly. I knew it would be good to get moving quickly so that I could stay away from Ricky, one of the neighborhood entrepreneurs who would have questions about where I got this new accessory. I let the bag hang from my fingers as I walked, I shifted it to the inside of my elbow so I could open my chips. While I munched, I flipped open the top flap of the bag and looked in. Under the light of a streetlamp, I saw the edge of green paper stacks. I closed the top, continued walking, faster now, and opened the bag again at the next light. This time I paused for a second under this brighter lamp to see cash. Enough to fill the bottom third of the bag. I closed the bag, pulled the drawstring tight and quickened my strides. My heart raced, sweat rolled down my back and my stomach started to hurt. The spicy chips didn’t help the nerves that were beating my stomach up. My knees felt weak and I thought they were going to give out. My throat started to close, and the contents of my stomach started to rise when I got to my front door. The bag hit the floor, the front door slammed, and I ran for the toilet. I vomited all over the bathroom missing the toilet entirely. I could hear Ms. Trent coughing and trying to scold me through her smoker’s hack, “Keep it down you drunk!” Of all the times for her to meet me the one time I was out with friends and came back a tad bit overserved.

I washed my face and got back to the bag, locking the front door as I picked it up. Reaching down with the hand that locked the door I held the bottom of the bag and inverted it. Out spilled several bundles of cash held together by rubber bands. The room smelled of cash, leather, and vomit. I quickly counted one of the bundles and found it was a thousand and saw 19 more. At this moment I knew someone would be missing this money. Had I taken a ransom drop? Would someone never see their child because of me? Did I just cost a drug dealer his life? Freaking out I pushed the paper back in the back and headed back down the stairs to bounce off a large man that was standing at the bottom looking confused. Out of his hands flew a black notebook, a pen, and a phone. The phone landed on the corner and shattered; the notebook had small paper strips in it that went flying all over the lobby. I caught myself on the stair rail and watched him as I almost fell. He took a knee to pick up his personal items. While doing so he made eye contact with the leather backpack, his eyes opened wide, his giant hand reached for it. I freaked out and ran out the door and down the street. The pain from throwing up earlier with this sprint was telling me I should go to the gym more in the future.

Thoughtlessly I ran in the direction of the store where I found the bag to see a group of men waiting. They were all dressed similarly with dark slacks and dark collared shirts. As they saw me, they stopped their conversation, and all made eye contact with the bag and started after it with the same look in their eye as the man in my apartment building. Turning to run again I am met with the fist of the man from the lobby.

Awakening in a dimly lit room, tied to a chair, water on the floor. One of the big men throws water on my face while another says something, I can’t make sense of. As the water runs down my face, he repeats slower and clearer, “How did you know the money would be there, son?” I didn’t know, I couldn’t speak. The door to the room burst open and the room was filled with shouting, flashes and smoke in an instant. The men who I was running from were on the floor around me as I sat with tears streaming down my face and my ears ringing. I was dragged outside by the chair I was sitting in to find that I was surrounded by law enforcement officers.

A voice from behind said, “You did good kid, we’ve been trying to get those guys for months.”

Moments later I was in the back of a black SUV where I was shown a folder full of photos of young women who were found in the room next door.

“Your neighbor made a noise complaint report and when officers responded we saw you running.”

The many finally introduced himself, “I’m special agent Sand. You look confused. Let me explain, the money you found belongs to a group of men that run a human trafficking ring that has been going on for months in your neighborhood.” A long pause as he reached across to the table sitting next to me to pick up one of the black notebooks. He muttered a profanity. Turned to one of the other men, “There’s more, at least six more cells.”

Both men turned to me. Sand smiled and asked, “How would you like to be a special agent?”

He went to ask me if I would carry the bag around the city for the next few hours. “No time to waste young man, the word will get out soon and their men will run from this bag. If we act now you might be able to rid the entire city of this element.”

I said “Yes” as thoughtless as I was when I ran into the group of men who tied me up in the chair that was now laying on its side in the dimly lit room to my right. Sand’s smile got even wider now showing an unexpected gap between teeth in the back since the other teeth appeared so well cared for.

With out another word I was tucked into a charcoal grey minivan with a rideshare sticker. It was minutes later I was standing on a street corner four blocks from my house and told to start walking. The van left with the door still open, closing as it rounded the corner just ahead of me. In a few strides I felt a sense of terror come over me. I could die out here. Are they even watching? I did not have much time to think much before I saw another one of those black notebooks in the hand of a man ahead of me. My vision focused in on the book so that the rest of the world went blurry. He was across the intersection where I stood and decided to turn left to cross the street the other direction. Checking my shoulder, I knew I had been noticed when he crossed the street on the other side. Cars traveling the road between us stopped him from crossing towards me. I ducked into the park ahead and started a full running stride while I saw him trying to bob and weave between the cars like a bad game of frogger. I stopped running when I saw him get clipped by a large truck’s rearview mirror.

Catching my breath, I thought I would be good to rest for a few minutes when a car pulled up next to the man on the road and pulled him in. The wheels turned sharp and the car headed up the sidewalk and into the park straight for me. A jogger jumped into the bushes to avoid being run down. Turning to the nearest structure I saw I hit every third step into a white framed gazebo with a rail around the opposite side that I grabbed and threw myself over landing on my feet on the other side to see the charcoal van with the side door open. I jumped in as the men behind me were being tackled.

A short ride across town later I stepped out in front of a cheap motel with a sign lit up in red. The buzzing of the neon and the smell of the nearby dumpster filled my head as I paused for a moment. This stop produced results faster than expected. Another notebook in the hand of the man in front of me on the steps. He was moving slow and unsteady. I could smell the alcohol in the breeze over the dumpster. I turned away to cross in the middle of the block away from him to see five more men on the other side of the street. The drunk now behind me noticed the bag and started shouting as he tripped and fell the remaining four steps down the front of the motel. I made a right and started running down the centerline, making a wide arching turn right at the next alley. In and out of the dumpsters I found a gap in a fence at then end just wide enough for me to escape the men in chase behind me. A box truck pulled up to the other end of the alley with men pouring out as the grey van appeared again.

My legs throbbing on this ride and head pounding I thought, “This is dumb, I’m going to get killed.” I dropped the bag on the floor and told the driver, ‘I’m done I don’t want to die tonight.”

From the back seat a voice said, “No worries kid, you’re going home. Give me the bag.” I handed over the leather bag as the van stopped at my building. Standing on the sidewalk outside the van a black trash bag replaced the leather bag. ‘Have a good life, thanks for your help, you might want to burn those clothes.” The man who handed me the bag wore a hoodie and jeans like mine.

Up the stairs, in my door and to my recliner I open the trash bag to see the cash that used to be in the backpack.