by A.N.G. Reynolds 7 months ago in fiction 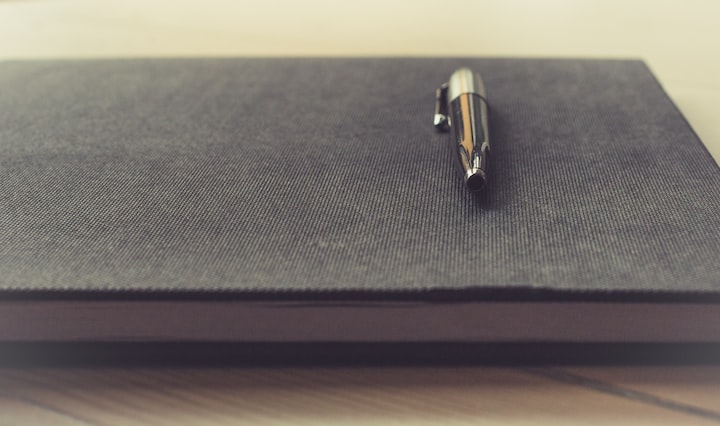 Photo by Thomas Martinsen on Unsplash

Gaius Finn’s alarm was blaring and loud, demanding his attention at the unholy hour of 6:17am. He didn’t even bother trying to open his eyes, haphazardly slapping his nightstand as he tried to find the snooze button. Just five more minutes was all he needed, then he would get up and go to work. Mind-numbing, soul-destroying, number-crunching work.

It only slightly beat the alternative: starvation.

His uncoordinated attack against the alarm was fruitless. The device kept buzzing and he couldn’t seem to find it. With heavy reluctance, he opened his eyes. Then he realized his alarm was sitting quietly on his nightstand and the sound had been in his head this entire time, dissipating obediently as he woke up.

Why didn’t my alarm go off? He asked himself. It was several long moments of confusion before it dawned on him.

He grinned, then curled back up comfortably under his silk sheets, bed obediently adjusting to just the right temperature, and slept for another three hours until he was late for the meeting with his financial advisor.

Until last month, Gaius Finn had to worry about trivial things like bills, public transport fares, and not being able to afford his favorite, lavender-flavored coffee in the morning. Then, on a whim, he decided to play the lottery. He knew the odds were slim, but his coworkers all agreed to pitch in, and every single one of them walked away with a cool two-million jackpot.

Granted, two million isn’t much in the present-day economy, especially living in such a modernized city, but Gaius was a bachelor, and aside from a few luxuries he simply had to have, he had been smart with his money. So, he bought the new electric car, bought the new smart apartment, and drank that lavender coffee every single day.

The only roadblock between him and true relaxation in his retirement was Sawyer.

What a demanding imp Sawyer was. Every morning, without fail, he had another mandate. Another purchase for Gaius to make.

There didn’t appear to be any rhyme or reason to these demands. The very first one was a red envelope worth twenty-five cents, then there was the infomercial laser blender Gaius knew he would never use, the hundred-dollar houseplant he knew would be dead within a week, and the skydiving lessons he had absolutely no intention of participating in. Every purchase, large or small, had been completely useless.

Which was why Gaius didn’t check in with Sawyer until well after breakfast. He wanted to enjoy the idea of being rich without any kind of strings attached for a little while.

Today, however, he’d had to miss breakfast in his haste to beat the downtown traffic, so he waited until he pulled into the parking garage of his financial advisor’s office to check in with Sawyer.

“What nonsense do you have for me today?” he asked as he put the top to his car up and reached for the diminutive black notebook he had tossed in the passenger’s seat.

The notebook was unassuming on the outside; the faux leather cover didn’t show any signs of wear and still smelled new and earthy. Most of the pages were still crisp and eager to be written on, and the elastic clasp still bound it close dutifully. It had minimal technology, simply an inkless writing system and magnetic pen cubby, just as Gaius wanted. It had been absolutely perfect when he first bought it and now it was a symbol of exhaustion.

In the very front of the notebook were pages scribbled on with Gaius’ messy handwriting. It was mostly reminders about long-passed appointments, once-important phone numbers, and grocery lists of foods he didn’t even eat anymore. This extended only for the first five or so pages, then, in Gaius’ haste to live the rich life, the notebook had been forgotten.

After Gaius settled into his wealth and returned to the notebook, the demands began to appear. In block-print letters, in the center of the next page, was the purchase Gaius had to make that day.

So, on these demands went, appearing without explanation on a new page every morning at 3:45am. Gaius knew this because he stayed up to observe the notebook one night, terrified that someone was breaking in at night just to write in the next purchase. When all was quiet, he thought that, perhaps, he was finally out from under the thumb of whoever was making the demands.

Gaius wasn’t certain the idea his notebook had a mind of its own was any more comforting than the idea of some miscreant breaking into his apartment for the sole purpose of manipulating him. It actually unnerved him more, but the notebook had a threatening aura he didn’t feel comfortable ignoring.

In fact, he had made the mistake of ignoring a demand once. He had thought, what could the harm be in ignoring the demands of a seemingly sentient notebook? The harm came swiftly and ended with him stranded in a high-end restaurant with an even higher-end bill, all his accounts and credit cards frozen until he bought the useless katana the notebook demanded.

Feeling entirely trapped by a strangely animate object, Gaius nicknamed it Sawyer, after the manipulative bully from seventh grade, and vowed to do what it asked until something – or someone – gave.

Gaius let out a sigh of relief. That purchase would be easy enough to make once his meeting was done. He closed the notebook and proceeded to the meeting with his financial advisor, Eloise Harken.

“I have noticed your personal expenses have steadily risen beyond the budget you chose at the start of this,” she said after they exchanged pleasantries. She removed her blue light glasses to look at him keenly, hands with long acrylic nails clasped in front of her. Eloise Harken had the disposition of a stern nanny, which is why Gaius had chosen her to keep him from wasting the entire fortune in one sitting. It was also why Sawyer was getting him into so much trouble.

“Ah, yes,” Gaius said, ducking his head immediately. He looked to his computer bag where the notebook was. “I’ve found that budget a little…restrictive.”

“As your financial advisor, I strongly suggest against increasing it further,” she emphasized. “Especially if you want to get into real estate and investment.”

“Would it be possible to increase it just a little this once?” Gaius asked. “A hundred more dollars a week?”

“The problem isn’t the first time you increase the budget, it’s the second, third, and fourth times,” she explained. “Currently, you haven’t made enough back on investments to be able to handle that kind of spending. Perhaps in the future we can reassess, but for now your financial plan is as optimized as it can be.”

“I see,” Gaius nodded without really accepting her words. He flashed her a smile that was designed to be understanding but came out as tight. “Then we’ll stick with this budget for now.”

“That would be a good idea,” she spoke sagely.

Gaius would simply have to hope Sawyer didn’t start demanding anything too extravagant.

He and Eloise went over some more trivial information, then he left for lunch. First, he found and purchased the travel mug. It was more difficult to find than he had originally anticipated, since all he had to go on was the one-sentence description and the price, but he finally located the mug Sawyer seemed to be talking about.

“Are you happy with this?” he asked the notebook as soon as he got back into his car. Ever since the restaurant incident, he liked to show Sawyer each purchase just to make certain the notebook was aware. Gaius stared at the mug in all its cartoonish glory. He tossed it back in the bag and headed to his favorite coffee shop. “You don’t even drink anything. It’s just going to sit in my cabinet until the end of time.”

Gaius had tried once to throw away one of Sawyer’s purchases – the original red envelope – and discovered he was losing twenty-five cents every second the envelope was in the trashcan. He was completely and thoroughly at the mercy of a notebook, of all things.

When he finally made it home, he did some budgeting of his own. To keep up with Sawyer’s demands and remain under Eloise Harken’s radar, Gaius was going to have to give up some of his luxuries. No more nights on the town, no more organic whole foods, no more designer watches. He spent the entire night awake, working out the math so he could at least keep his precious lavender coffee.

The only hope would be for Sawyer to simply stop asking for purchase things. There was no rhyme or reason to the requests, no definable daily or weekly budget. Gaius doubted that Sawyer would cease making requests willingly at this point, but he had long since realized that the notebook had one significant weakness: a limited number of pages.

Perhaps, once the notebook was out of pages, he would be free. He picked up Sawyer to count how many were left. There were just forty-five. Forty-five days of rationing his money and he would be free. It hadn’t been that long since he won the lottery, so he could still knew what a budget would taste like. It tasted like dry cereal and stale pizza. He closed his eyes. He could do it, just for forty-five days.

Glancing at the clock, he saw that it was 4:18am, so he decided to check today’s purchase. Gaius’ hands grew cold and his eyes widened with horror when he flipped to the page.

He dropped the notebook on the floor, beginning to shake uncontrollably.

He looked at the book with desperation.

“Isn’t there a movie called ‘Hitman’ or something?” Gaius asked. “Do you want me to buy you ten thousand dollars’ worth of copies or something? The lead actor’s autograph?”

He swallowed as he watched more words bubble up onto the page.

No. A hitman. To kill someone.

He looked back down at the notebook. “So, you can hear me, that’s great. Wh—who do you want to kill?”

He sat heavily on the floor, staring at the book in disbelief. Was it really asking him to commit such a horrible crime? The words didn’t budge. They didn’t change or shift or in any meaningful way disappear off the page.

Gaius wanted to throw up. The room around him was swimming and agonizingly bright. He couldn’t settle on any one object. Then he spied the coffee cup in the trashcan. He could still taste the lavender.