by Halle W about a year ago in guilty

My hometown of Russellville, Arkansas has always been safe. I never felt nervous walking to my car in the dark, and rarely heard of any bad happenings. So, as you can imagine, my shock when I learned from my mother that the worst family mass murder in American history happened in my own backyard.

Over a week-long period in 1987, Ronald Gene Simmons killed 16 people in Russellville, Arkansas. He murdered 14 of his family members (many of whom had come to the family’s home for Christmas celebrations,) a former co-worker, a stranger, and wounded four others. Two of the family members were his daughter, Sheila, whom he had sexually abused, and the child that he had fathered with her. He had several of his children dig a large cesspit in their backyard in rural Arkansas, where he then dumped the bodies of each family member he had killed by either gun or strangulation. After the murder of the family members, he continued to stay in the house per usual, until he went into town a few days after with two .22 caliber revolvers. He shot a woman in a law office who had rejected his sexual advances, went into an oil company office where he shot and wounded several people for work-related grudges, and entered the Woodline Motor Freight Company office and wounded another woman. He sat at waited for the police in the third office and surrendered immediately. Simmons was charged with 16 counts of murder and sentenced to death. He stated that in his particular case, “anything short of death would be cruel and unusual punishment.” This is considered the most deadly familicide in the United States to date.

It is shown that Simmons’ father passed away when he was three years old, and his mother remarried a man who was in the army which caused the family to move around a lot. When he was 17 he dropped out of school. Simmons was a highly ranked member of the Navy, and he became part of the Air Force where he was also very respected. His criminal behavior began almost directly after he retired from the military, and his marriage with his wife began to deteriorate, as he was incredibly aggressive with her and their other children. He also intentionally isolated his family so that he would ultimately be able to control everyone.

So what caused him to commit such an act?

Well, many things could have gone wrong, causing him to finally snap, and no one can give a definitive answer. Many believe it was a mixture of his need for control and the frustration he felt from his feelings for his daughter, Sheila. In his mind, he and Sheila could move off and live a life alone together, but when Sheila got married and rejected his repulsive actions, everything was ruined. He may have killed everyone who got in the way of him living his mind's "perfect" life 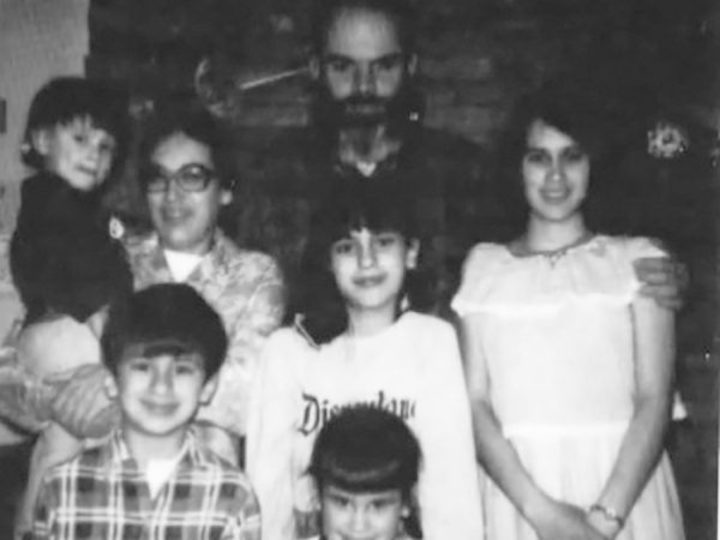 While this is an important case in the true crime world, many residents of Russellville, Arkansas, and its surrounding areas try to forget it. I did not hear of the murders until I happened upon it while doing research after I had moved away. When I questioned my mother about it, she replied that she remembers the events very well and that she actually worked in the law office where Simmons shot a woman who denied his sexual advances shortly after the murders happened. According to her, they tried to cover the bullet holes in the wall with a plant, but she could still see them, and was reminded every day of what Ronald Gene Simmons did the Christmas of 1987.