AB
by Austin Blessing 5 days ago in fiction

Am I beyond redemption? 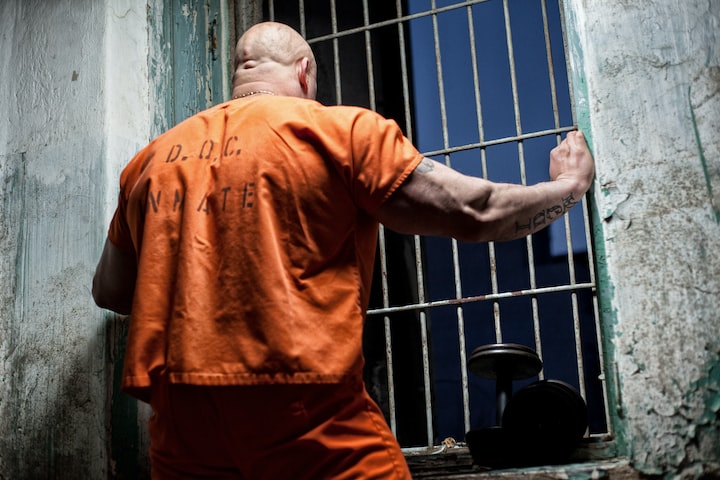 I am set to be released today. They say I’m reformed, that I am not a threat to society. But I really don’t want to be released. I don’t feel like I deserve it. I killed a man, and even though I have worked every day to better myself and to help others in an attempt to make up for what I did, nothing can ever make it right. The parole board is offering me mercy, they say I deserve it. But do I truly deserve it?

I shot a store clerk, a young boy of 17. I didn’t even need to; he’d already given me the money. I was just terrified of being caught. I was a dumb teenager, sure, but I still took a life and forever changed his family and my own. The harm and pain my acts have caused to those I’ve impacted is unimaginable and, to me at least, inexcusable. But yet, apparently, I’m worthy of mercy? The store clerk and his family can’t have a second chance, but I can?

Prison has been hard, but the hardest thing of all has been my own guilt. My conscience is the greatest tormentor there is.

Ever since that night I’ve had a recurring dream. Actually, it’s more of a nightmare. And every night, for the past 32 years, I’ve woken up from this dream screaming and drenched in sweat. At the beginning I was terrified of sleeping and put it off as long as I could, but I’ve since come to accept the dreams as a part of my reality, something that will never go away. I realized these dreams will likely never go away until I forgive myself entirely, which I will likely never do. The dreams actually helped inspire me to be a better person. They inspired me to change myself and to help others wherever I can.

In these dreams, I am my current self and I am standing in the corner of a convenience store. But not just any store. This is the store where everything changed. In the beginning I always checked my watch or a clock to see what time it was. However, I have long since dropped that habit, I know what time it is. It is 9:23 PM. In less than a minute, a 19-year-old me would walk through the door. Once the nervous looking shadow of my past enters, he begins to wander around trying to blend in. After a few moments, he grabs some chips and begins to approach the counter. The clerk tells my young doppelganger his total. I hand over a dollar and, as the clerk opens the cash register and begins to make change, my hand swiftly, yet nervously, removes the gun from my waistband.

I try to scream to myself, to warn me and to dissuade me from what I know I’m about to do. But I can’t hear me. I try to warn the store clerk, a young boy who, as I would later come to learn, was only 17, but he can’t hear me either. No one can hear me; the past is deaf to the present.

The clerk looks up from the register to hand me my change only to see a gun in his face. The terrified clerk quickly complies with my unspoken request and hands over all the money in the register, a total of $57.73. I grab the money and shove it in my pocket while the clerk, with my gun still aimed at his head, raises his hands above his head and pleads for his life. You can see the horror on the faces of both young men, his face afraid of death, mine of getting caught. It was that fear that caused me to make a terrible mistake, even worse than my decision to rob the store in the first place. Instead of just turning and running away, I quietly whispered “sorry” before firing a single shot into the clerk’s head.

I then begin to shake and cry in disgust and, disgusted by what I had done, drop the gun and flee. Older me is now alone with the clerk. I always sprint over to him just in time for him to gasp his last breath and die, all alone, full of fear and in pain. I then break down crying and back away in disgust.

The floor then begins to break away and I begin to fall into a black abyss. As I fall deeper and deeper, a bright light comes into view. At the very beginning, I foolishly hoped this was the light of heaven, but no, the light is coming from a great and expansive lake of fire. One which I am rapidly falling towards. As I get closer and closer, I begin to hear the menacing cackling of demons and the screams of the tortured. The sounds are quiet at first, but the closer I get, the louder they get until they become deafening.

I fall quicker and quicker until I am very close. The heat of the flames is now starting to burn my skin. I am now just seconds away from falling in to the horrible lake of Hell. I squeeze my eyes shut. It is at this moment that I always wake up screaming in horror and pain, drenched in sweat.

In the beginning, these dreams caused me immense fear, I thought they were torture, which they are, but torture can be a good thing. Even though I have never and will never cease to wake up screaming in terror, I have begun to expect, and even on a strange level look forward to, my nightly visitor. The torture from the dreams is absolutely what I deserve, but they have also caused me to make my life, and the lives of those around me, better.

These dreams, constant reminders of what I did, caused me to better myself. At first, it was to try and get the dreams to stop, but I have since come to the realization that they will never stop. I got my GED, I have earned some college credits, taken numerous self-help programs and received various certifications, have been constantly employed within prison and have excellent work reports, avoid getting in trouble, and constantly volunteer with various groups, charities, and outreach programs in order to help the community and to try and keep others from walking my path. The parole board says these things caused them to view me as a changed and fixed man. A rehabilitated man, one worthy of return to society. Yet, the dreams, my mind’s way of torturing itself and reminding itself of what it allowed itself to do, continue to persist. I have never, and will never, forgive myself. How can I be fixed after what I have done?

In a little under two hours I will be walking out the prison gates to never return. Society has forgiven me; they say they are ready for me to return. But I don’t think I’m ready, I don’t think I ever will be. They say I am leaving a redeemed man, but that cannot and is not true. How can I ever be truly redeemed?

A version of this story previously appeared on Quora and Medium.