by Samiha 10 months ago in book reviews
Report Story

Educate Yourself about Indigenous People 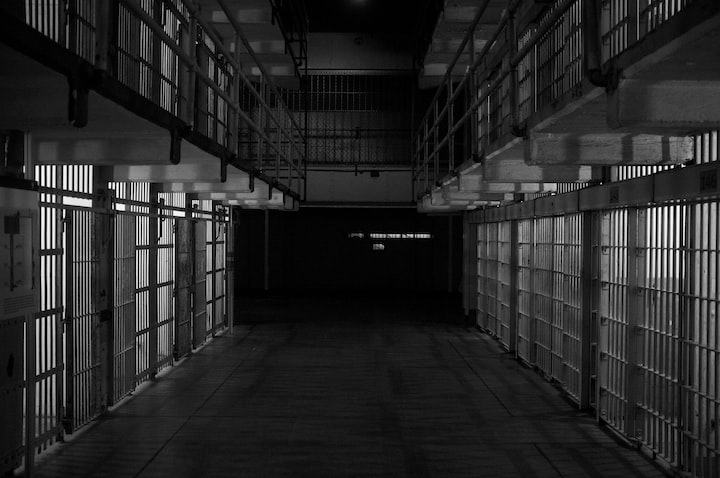 In western countries all over the world, Indigenous youth take over most of the prison population than adults or people of other races. Many courts, administrations, and justice systems find this a severely concerning issue as Indigenous youth participate more in serving prisons rather than earning a high school diploma.

Indigenous youth are mainly affected by the existing traumatic events which include the following: colonialism, societal and racial factors, unfair criminalization, and historical practices, which causes social disarray and breakdowns in Indigenous families. Also, as a result of the intergenerational trauma of residential schools (a loss of culture), many children still live with the hand-down mental crack-up that leads to felonies, violence, and other disturbance in their lives causing an overrepresentation in prisons. Their parents and forefathers underwent psychological issues developed by the residential school that led to detachment from their children, sufferings, dislocation (from family), poverty, and many other dreadful elements that continue to stay at bay today.

Policies restrain Indigenous youth to reach their potential level, creating a barrier between them and their identified heritage of culture. Due to this reason, Indigenous people also lack resources in the economy, and due to deprivation (of education, social services, and housing), transgression seems to tower the statistics of crime. Colonization is an overpowering reason as well, and due to residential schools, displacement, and inadequate achievement in life, felonies such as violence and abuse cause an inclination of crime rates among the Indigenous communities.

Indigenous people are more likely to be targeted (sometimes with discriminatory sentences), and almost always having an offending history. Due to colonization, and white empowerment, discrimination and stereotypical thoughts by police officers are seen as a common practice in today’s society. Indigenous people on the other hand, due to police mistrust, are continuously stopped and searched for inspection.

Throughout history, research has been executed on Indigenous people savagely without the practice of morality ignoring basic human rights. Only recently, the federal government had authorized the law of accepting Indigenous people and their culture, accessing partnership and permission before researches are regulated. Subsequently, this particular analysis was conducted with permission from the Indigenous communities, valuing their cultures and ethics before proceeding on with a closer observation of the main reason for the ‘overrepresentation of Indigenous youths in prisons’. This study was conducted by interviewing young Indigenous people (through talking circles) and listing their notions in order to improve society by reducing the number of youths in detention.

It was surveyed that Residential schools and colonization caused destruction in families, broke them apart, and produced intergenerational trauma which increased the level of violence in society. Parenting practices, cultures, and traditions are at loss, and racism and stereotypes (about Indigenous people) are circulating worldwide. Importantly, traditions keeping them alive and civilized through generations and generations have terminated due to colonization. As a result, there is a loss of guidance, rules, and support in Indigenous communities causing the downfall in Indigenous families and youths in particular.

Moreover, due to stereotypes, many Indigenous people are arrested because of slight insignificant wrongdoing. Law enforcements hold stereotypical perspectives viewing Indigenous people as bad, abusive, or alcoholics, which results in frequent arrests. Nevertheless, Indigenous youth feel a loss of self-esteem and identity due to cultureless bad influence from their parents and disconnection with one’s background. With the addition of circulating stereotypes, Indigenous people feel belittled and oppressed by society, because of the constant tyranny from the police forces and their shattered families.

To upgrade the country’s social problems, law enforcement and the government needs to take these issues into consideration by paying closer attention to developing programs and solutions for the betterment of a healthier economy. Attitude and behaviours of law enforcement need to alter for the betterment and justice of Indigenous people. Permitting the connection of Indigenous people in their communities, and providing helping solutions in social services can aid Indigenous people with a better mentality. Furthermore, while organizing the system, if the government allows Indigenous communities to decide for their youth, then a deeper connection will be built with their natural land and traditions (as elders and community members are traditional teachers passing down culture through generations orally). If this solution is in progress, then it will fulfill numerous intentions at once, which includes traditions, teachings, a better Indigenous community, and etc.

The central focus of over-representation in prisons is because of Indigenous youth who are forced to remain voiceless; their thoughts are unheard by adults who make their decisions, forcing them to feel helpless and insignificant. (Cesaroni, Carla, et al. 122). Indigenous communities had spoken out that hearing voices allows a person to feel protected and valued in the world.

In conclusion, this analysis was concluded with an experiment of a (talking circle) congregation, surveying the factual experience of Indigenous people about the topic of ‘overrepresentation of Indigenous youth in prison’. It was evident that the elders (knowledge keepers) and the Indigenous community members have the capacity to help their youth through the practice of traditions and cultures in the nature of their land. By the frequent engagement of talking circles in Indigenous communities, more young opinions will be valued and heard. Youths need social, cultural programs that may heal them through the guidance of their elders.

Nevertheless, we must also be cautious as to how we portray Indigenous people. Most literature critiques are negatively deceptive, fusing Indigenous stereotypes along with its central theme. Instead, toughness and resilience are what Indigenous people have all in common that have allowed them to thrive lively in their communities with the practice of their cultural traditions.

For more information, check out:

I'm a fan of poetry. I'm in love with words that are created through imagination.

More stories from Samiha and writers in Criminal and other communities.