My Teacher Was a Murderer

by Taru Anniina Liikanen 6 months ago in guilty
Report Story

I always felt something wasn't right, but others didn't agree - even after he killed his wife. 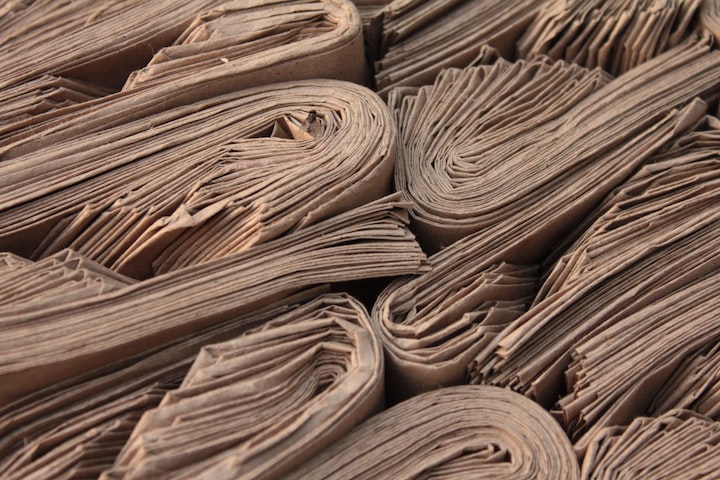 Photo by Ananya Mittal on Unsplash

In 2015, I decided to get an MA in Journalism. I got into an amazing program organized by a local university together with the most prestigious newspaper in Argentina. The intensive program lasted a year and consisted of traditional classes on general topics, from history to legal protections for journalists, as well as practical classes, with writing and weekly critiques.

I loved the program. Getting used to edits was extremely useful, especially for a person as self-critical and insecure as I am. It was also the first time I allowed people to see my writing, so even though I didn't end up working as a journalist I think it was key in the process of becoming a writer.

But there was something at the end of the school year that left me with a bad memory of the whole thing.

We had two teachers who were especially involved in the program. They were the ones giving us feedback on most days, so we developed a closer relationship with them than with other teachers.

One of them, Pedro (name changed), was an old school journalist, closer to 70 years old. He was the kind of journalist who had started his career sometime in the tumultuous '70s and '80s, become part of the institution, and despite no longer working full-time chasing stories was now sharing his know-how.

He liked my writing, and I always got positive critiques from him. So much so that I heard a couple of jealous comments from other women in my class. I didn't think much of it, I'm pretty naive that way sometimes.

But right from the beginning, there was something about Pedro that I didn't feel comfortable around. A hint behind the expression he had chosen to portray, as if his eyes and smile didn't agree. It would linger just a fraction of a second too long, alerting me that something was off.

I didn't put words to this feeling at that time, and I didn't tell anyone. I'm always a little uncomfortable around older men, especially since I've often experienced advances from them in a professional setting, but as I said I've always been too naive to understand it. And in this case, there was really nothing to be alarmed about.

It was just a feeling.

One day, I think around September, we were told Pedro had had a seizure and had been hospitalized. He had fallen down in his home, apparently with a stroke, and would not be coming back to finish the school year. We were all sad to hear about it, including me.

Pedro was replaced as a teacher. The other journalists who had known him a long time gave us updates about what was going on with Pedro, and I think we all chipped in to get him a present or some flowers delivered to the hospital. I didn't volunteer to take them, but I participated in wishing him well.

A little while later, we heard the seizure he'd had was actually a brain tumor. The cancer was too advanced to operate on it or even give him any serious chemo or radiation. Pedro would have months to live, at most.

In the early hours of Christmas, about two weeks after our Master's program had ended, Pedro woke up and stabbed his wife to death.

I think I found out about it via a Whatsapp message from one of my classmates, in our group chat. There was little information on it at that time, and we all waited to find out more about the situation in the media.

Surprisingly, the newspaper didn't report on it. A couple of days later, I think there was a footnote-sized article, hidden in a corner of the print version of the newspaper. His name wasn't printed in the article, and it was clear the paper didn't want people to know their long-time journalist, who still worked there teaching younger generations only months earlier.

Other major news sites didn't report on the femicide, either, possibly because of Pedro's contacts everywhere in the relatively small media world of Buenos Aires. Only a couple of smaller websites did, later on, and what they did was include interviews and comments by the friends of Pedro's wife denouncing the media silence on the murder. They'd all say he had been controlling and jealous for long before his health issues. Some of them knew about fights and trouble in the relationship prior to the murder, and recalled Pedro calling several times and demanding pictures whenever his wife had been out for coffee with friends.

Of course, it was an incredibly uncomfortable issue for the paper to write about. But it was even worse for us, the students, who had put our faith in that institution and its journalistic integrity.

The business interests of the paper were one thing, but what shocked me the most in the aftermath of the murder were the opinions of my classmates. With a couple of exceptions, the general opinion seemed to be that it wasn't him. Obviously, the disease had taken hold of his brain functions, changing his behavior. He wasn't to blame for his actions.

These are journalists we're talking about, many of them fervent defenders of women's rights. In Argentina, a country where around 300 women are murdered by men every year. The #NiUnaMenos ("not one less woman") movement that tries to shed a light on the issue was just getting started, but all of us firmly supported it.

I know we tend to judge others based on previous opinions, and that when we know somebody we tend to find excuses for even the worst kinds of behavior. But how the hell did these smart people, most of them women, change their perception of femicide so quickly? Or was I wrong, did Pedro deserve my empathy?

Pedro was never incarcerated, and he spent most of the year that was left of his life in a hospital bed.

None of us will ever know the truth. We'll never know if it was him, or if it was the tumor speaking. I'm still convinced we should apply the same criteria to people we know and those we read about. I think we shouldn't give a murderer a pass because of a serious illness. I think we should listen to the friends of his murdered wife, and change the narrative told of men like this. Even the ones everyone loved.

And I'm worried. Every now and then, I have friends who are in relationships that don't seem completely healthy, where the man slowly seems to be slipping into dangerous territory. They may be getting jealous or controlling, but the woman doesn't want to admit they're in danger.

What if this boyfriend, or the next one, turns into the kind of monster that stabs his wife to death? Will people search for excuses for his behavior, as they did with Pedro? From what I've seen, they probably will.

And would I apply the same criteria to him as for others, if I hadn't sensed something was off about him from the very beginning? Would I have ever thought about the woman if there hadn't been something in Pedro's eyes that, for a moment, made me feel uncomfortable?

Maybe I identified with the victim because of that discomfort. But I don't want to forget that feeling, because I don't want to accept that it was right for another woman to be murdered in the hands of a man.

More stories from Taru Anniina Liikanen and writers in Criminal and other communities.