My Coworker Hired Someone To Kill Her Husband

by joy ellen sauter 4 months ago in fact or fiction

I was not surprised 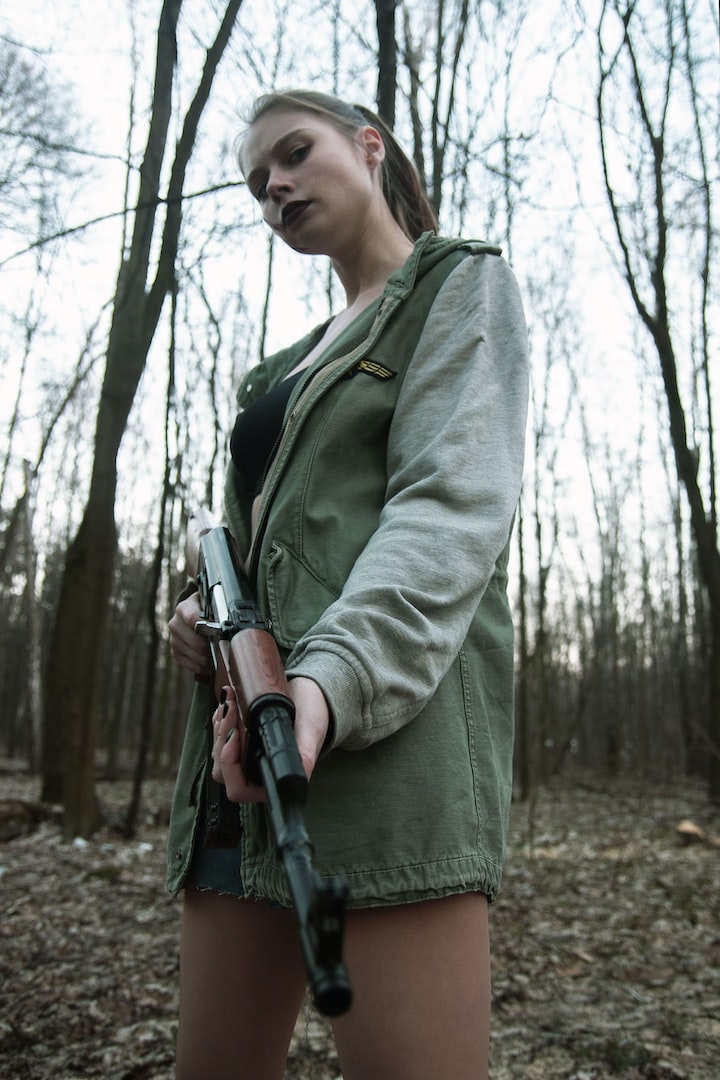 Photo by Max Okhrimenko on Unsplash

She had a tone deaf quality, an aura of entitlement that felt so out of place it was easy to dismiss. Clear to me now it was a shield against her own feelings of entrapment in a life that was unexpected in its unhappiness.

Mirinda was short and slightly too thin, with long brown hair and brown eyes. Her hair was wavy, and she used a lot of gel to hold it in place. The gel made it look almost wet all the time.

She was tan all year round. Even when the winter months of Central Pennsylvania poured down snow and sub freezing temperatures. She always looked like she came from the beach. As if the beach life was within her grasp two hundred and fifty miles from an actual beach.

She never formally introduced herself to me, but we worked together every day for thirteen months.

In the summer of 2009, Mirinda hired someone to kill her husband, Samuel. The hired hit man, Ronald Heichel, and an accomplice, Kermit Butts, killed Samuel with his own shotgun in his garage while he was getting ready for church.

When she was arrested, I was actually not at all surprised. If there was ever a person, or a character of a person, that would have tried to have her husband killed, it was Mirinda.

I met Mirinda on my third day working at Sprouting Tree Daycare, located in the basement of a church. I was hired to be a caregiver in the older infant room. A low paying, but noble job. I was young and single.

Mirinda was slightly younger than me, but she already had two young children, and one step daughter. Her mother owned the daycare.

Mirinda was adopted as an infant by her parents. Her father owned a large and successful funeral home in Centre Hall, Pennsylvania. Centre Hall was a rural town with only one traffic light sandwiched between The Pennsylvania State University and a sparsely populated Amish community.

Dairy farms, mostly, and vast nothingness. Beautiful and picturesque, but small. Religious and devoted to traditional values, nostalgic for a time before technology.

To say Mirinda worked at the daycare was perhaps overzealous of me. As the boss’s daughter, Mirinda was not a teacher at the school assigned to a caregiver room. She was paid an hourly rate twice as much as my hourly rate, at an assumption of a full time employee.

She was not a teacher, or the director, or the assistant director of the daycare. Her role there was never clearly defined. I started my day at seven in the morning. Mirinda arrived later in the morning at her own discretion. She went from classroom to classroom making small talk and gossiping with the employees she liked.

She left her kids in the care of other employees at the daycare for tanning appointments, going out to lunch, getting a manicure and pedicure, or shopping trips. These moments were random, arrivals and departures unannounced and often sudden.

One of her children was a mobile infant, and her disregard for the routine of my classroom was highly disruptive. She made no attempt to give me a schedule, or ask me what time was better for dropping her son into my lap. When my lap was filled with five other children.

Her son did not adhere to a schedule, but neither did Mirinda.

This may seem slight, or insignificant, but speaks volumes to Mirinda’s disrespect for other people. It’s not solely entitlement, but a general lack of adult experience and responsibility. Mirinda had never held an actual job, or had to learn to cooperate with other people. To consider my feelings was beyond her abilities.

She was stuck in adolescence, with a self serving selfishness that everyone around her enabled. It left her trapped in an unexpected life of complete unhappiness. She was never able to grow up, learn from her mistakes, or live with any of the consequences of her bad decisions. Until she was arrested for conspiracy to commit murder.

Mirinda created a shield against her insecurities by putting others down. As she became an adult, living a life without being allowed to fail led to an inability to develop empathy. Narcissism kept Mirinda from recognizing other people even existed, let alone feel anything towards them.

Mirinda married her husband, Samuel, shortly after graduating high school. She quickly entered motherhood, and she was financially enabled by wealthy parents who took care of her every need.

Eventually her marriage to Samuel fell apart when her compulsive shopping led to incredible debt, and the novelty of the relationship wore thin. Mirinda told at least one person close to her that Samuel was abusive. That was the rumor told to me when I worked at Sprouting Tree Daycare, or at least the gossip I was privy to by other employees. I didn’t ask for that information, but it was freely shared with me. It was supposed to make me feel sorry for Mirinda, or as an excuse for her behavior.

I always want to believe women. I never saw bruises on Mirinda, and she never went to the police. Questions about Samuel’s abusive behavior towards Mirinda have since been discredited by Samuel’s family. It was also discredited by the prosecution during her trial for Samuel’s murder. It’s hard to know the truth.

My job ended at Sprouting Tree Daycare in the same high point of drama made for television. The daycare was forced by the church to permanently close. The church’s new pastor expanded his counseling services by offering assistance to convicted sex offenders at the church. That mission didn’t mesh with a daycare. By law they can’t exist together.

His insistence to meet with offenders abruptly closed the daycare. It eventually cost the church. Today, the building once thriving with lively toddlers on the playground sits vacant. A story of hope and loss similar to rural life.

Sometime after the daycare closed, Mirinda met and started an affair with Ronald Heichel. I am not sure when Mirinda planned to kill her husband, or when she convinced Ron to take Samuel’s life. It’s simplistic to think of Mirinda as someone who just lost control. To consider she snapped into a killer makes a great story. We want to believe that someone capable of hiring a hit man to kill another person, especially the father of their children, to be clearly identifiable in society. The only way to prevent it from happening would be a google search away in a concise checklist.

The truth is that people like Mirinda don’t just snap. They live among us, often out in the open. They are mothers, wives, and daughters. Their murderous tendencies are present, living just under the surface of normalcy.

After the murder we hear neighbors describe them as quiet, or a loner. They don’t have friends who rush to their side. It’s usually a long life of unbecoming behavior. It’s more essays like this one.

When Mirinda was arrested, I heard about it on the local news. I wasn’t shocked Mirinda had asked Ron to kill her husband. I wasn’t surprised at all. I didn’t predict the crime, it just brought every part of her full circle in my mind. It just made sense.

I was not the only one who thought the same about Mirinda. Except for the apparent fact she was not very intelligent about committing the crime, a family member coordinated with police to get a confession. Solely based on a hunch, or character traits that didn’t add up.

She got caught because she left a trail of text messages. She was unaware text messages could be retrieved even if she removed them from her phone. Ron wasn’t even the first person Mirinda asked to kill Samuel. She was shopping around for the right lover she could manipulate into giving her what she really wanted, her husband dead in his driveway

For Mirinda it’s a story of entitlement, greed, immaturity, and general lack of empathy. All things I saw in Mirinda when I knew her, and not surprisingly led to her apathy about taking the life of someone she loved. They are not the clear cut traits of a killer waiting in the wings all the time. You can never predict the worst tragedies.

The story is also a sobering tale of the consequences of parenting a child when you have means to shower them in limitless desires without malice. Parents should not solely shoulder the blame for their children, especially when they have grown into adults. There are plenty of examples, though, throughout history of indulgent parental behavior creating entitled, rude adults who cheat to get their way. Even when their parents have the best of intentions.

Mirinda Boob was a woman set on a path of destruction, though, evident to those who knew her on the periphery and saw the small sparks of devastation she was setting all around herself as she grew closer to her true calling. Women like Mirinda don’t magically appear. They are made. They are obvious. They are naturally mean.

Mirinda Boob is serving a life sentence for conspiracy to commit murder. Names are not changed as the crime is a matter of public record.

Joy lives in Seattle, Washington, but is a native east coaster. She has kids and dogs- all adopted through foster care. She writes about mental health, history, pop culture, foster care, trauma, human rights, and parenting.